EED Celebrates Freedom of Press at the Difference Day in Brussels

For a second year in a row, EED joined VUB, UNESCO, BOZAR and other partners in celebrating the UN World Press Freedom Day. Within a framework of the annual Brussels event “Difference Day”, EED co-hosted a session “Voices of Resistance: Information Heroes around the Globe”. 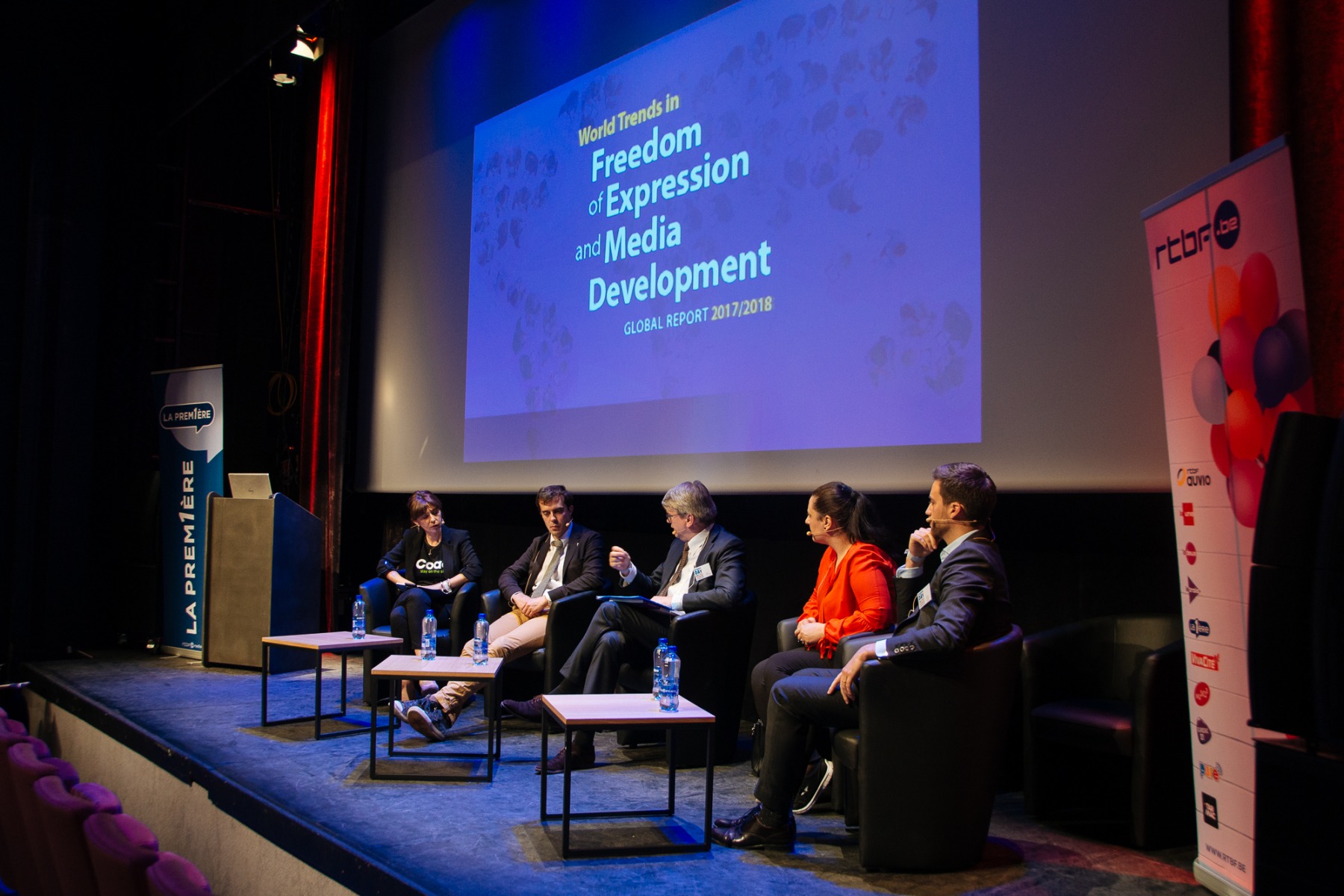 The debate featured a presentation of the new UNESCO report on the World Trends in Freedom of Expression and Media Development and tackled the daily struggle of journalists in the European Neighhbourhood and beyond.

Jasmine Merei, Journalist and Human Rights Activist, provided valuable insights into the citizen journalism in Syria, questioning the moral aspect of what can be presented, juxtaposed with the reporting needs and accountability towards the victims. Roman Dobrokhotov, Editor in Chief of The Insider, elaborated on Russian journalists’ struggle with censorship and propaganda.

“No story is worth being killed for. This poses additional questions on the safety of journalists today”, stated Natalia Antelava, Editor-in-Chief of Coda Story. Still, journalists risk their lives to ensure citizens have access to plural information, a fundamental pillar of modern democracies. For the sake of the future of the world we are going to live in, “We can’t leave the journalists alone to flight this battle,” concluded Andrew Caruana Galizia, son of Daphne Caruana Galizia, a Maltese journalist murdered in 2017.

Watch the recording of our session: