EED partner from Armenia Arman Gharibyan, founder of Human Rights Power NGO, was recently featured in the Iravaban.net platform. Gharibyan provides an account of the challenges faced by journalists covering legal issues in Armenia, and their struggle to ensure safe and legal conditions for court reporting. 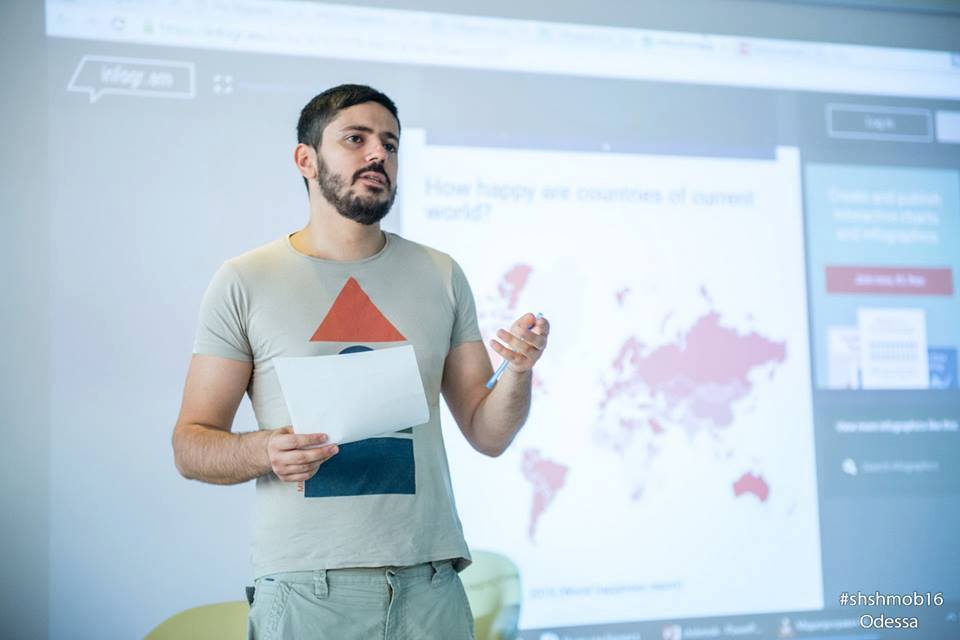 (This interview below by Liana Martirosyan,was reproduced courtesy of Iravaban.net. See the original article in here).

YEREVAN, Oct 2 (Iravaban) - As part of our series on the Journalists covering legal matters, we spoke with Arman Gharibyan, journalist, co-founder and project manager of Human Rights Power NGO. He told us about the challenges and the specificities of court reporting.

Mr. Gharibyan, you graduated from the Department of Journalism, then continued your studies in Hungary majoring in human rights protection. Can you elaborate on your academic path?

I continued to extend my knowledge in this field while working at Hetq (an online newspaper published in Yerevan by the Investigative Journalists NGO, Ed.) in 2009-2010, and afterwards at Journalists for Human Rights NGO. As I felt that my knowledge was insufficient to cover stories on human rights, I decided to enrol at Central European University in Hungary. There I drafted a programme for human rights protection in Armenia: this became a reality last December, when I founded Human Rights Power NGO, together with some colleagues.

Your programme aims at tackling issues hindering the work of journalists in the courts. Does this concern stem from your own experience?

Yes. In my early years, I was quite frightened of taking videos during court sessions, as this was often forbidden. One incident in particular made a deep impression on me, when I witnessed a journalist during a court hearing being prevented from recording even the first five minutes, which is usually allowed. Without protesting, the journalist left. Once at home, I opened the newspaper which carried no information on the day’s court session. With a heavy heart I realised that our journalists are just used to such arbitrary bans. That was the eye-opener that convinced me that I had to do something, to bring some solidarity into the field.

Arman Gharibyan delivering a speech at a demonstration in Yerevan, 2015 © Iravaban.net

In your view, what are the rights of journalists that are usually violated and why?

Investigating people’s problems, we journalists, much like the lawyers, often forget about ourselves. Sadly, we are a bit too “humble” and tend to tolerate those violations.

We also lack consistency: for example, recently we asked a few journalists to sign a petition to the Judicial Department of Armenia, and nobody agreed. Often a journalist does not have enough time to investigate a single violation, because there are too many. In these cases, this is where our NGO can act as a mediator.

In general in courtrooms we are forbidden from taking videos and photos, or we are only allowed to do so for a few minutes. There are many instances where judges make improper remarks or the bailiffs come up with arbitrary decisions. The glassed courtroom of the Court of First Instance of Shengavit Community of Yerevan is a graphic example, where nothing can be heard and all sessions are de facto held behind closed doors.

Sometimes journalists are banned during sensitive hearings, when there might be tension in the courtroom. However, I believe the main reason is to discourage participation of journalists: this may become problematic on the long-term, as Citizen Court watch begins with journalism.

What solutions do you suggest?

Firstly, journalists must draw attention to all the issues that they are faced with. Any misconduct on the part of judges should be heavily criticised. But there are also legislative gaps. In November, we will put forward new proposals aimed at filling these gaps, which were also approved by the former Minister of Justice, currently vice-speaker of the National Assembly, Arpine Hovhannisyan.

Are any judges more tolerant towards journalists and can they become an example for others?

Certainly. Nowadays, the overall picture is not as dire as it was back in 2008-2009. Fewer journalists are hindered in their work. As a good example, I can name Mnatsakan Martirosyan, judge of the Court of General Jurisdiction of Nork-Marash district. He respects the rights of the parties and journalists, and doesn’t demonstrate unjustified aggressive behaviour.

Do the journalists themselves ever behave improperly in the courtroom?

On a positive note, nowadays, the field of legal journalism is largely streamlined, reporters are professional and well aware of their job. Those who are not can be easily spotted and in our experience, those people leave the field quickly and by choice. There is, however, an important principle: a journalist covering a legal matter should stay the course and follow through until the end.

Translated from Armenian by Vazgen Ghazaryan