Ma3azef: In the Arab media world, politics is in the spotlight. This site is breaking the mold by using music as its lens

As a site focused on independent music, the five-year-old Ma3azef.com still has limited competition — and is trying everything from new print products to multi-country live music festivals. 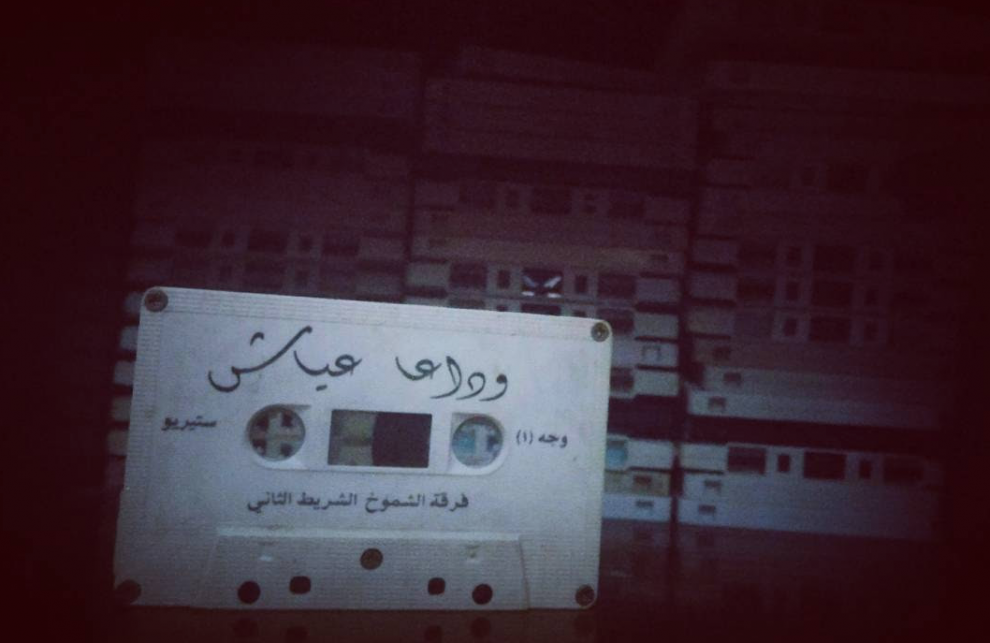 A burgeoning music scene and the political revolutions of 2011 in the Arab world created the perfect opening for better music writing. In the online space, the entire genre of music was largely unexplored, with very few single-subject outlets of any topic publishing in Arabic.

Seizing the opportunity, Ma3azef.com launched in late 2012 to cover the Arabic music world. The site, now nearing its fifth year, has flourished in its niche: It’s seen a dramatic increase in audience, especially on social media channels, has its eye on new print products, and is planning a multi-country music festival.

“The motivation [for me] was a complete lack of critical writing on Arabic music…coupled with a burst of new and exciting music from the region,” Maan Abu Taleb, founder and editor of ma3azef.com, told me over coffee in London. “There was a gaping hole that needed to be filled.”

(Abu Taleb is also a novelist; his 2016 book All The Battles details the story of a young man striving for success in a competitive company and inside the boxing ring.)

Publishers, not a shortage of reader interest, are to blame for the lack of high-quality Arabic writing online about current issues such as music, sports and culture, according to Abu Taleb.

“From our experience, we realized that the phrase ‘Arabs don’t read’ benefits writers and publications the most. It allows them to get away with very bad writing, haphazard research, and convoluted phrasing,” he said. “At Ma3azef, we quickly realized that if a piece is good, people will most likely read it. The first few times we ran long pieces in the 10,000 to 20,000-word range, we did it because we liked the pieces. We thought no one would read them. But we were seeing that people were coming to the page and reading.”

Ma3azef.com publishes in Arabic music reviews, in-depth interviews, and new music round-ups about Arabic music, but also covers other trends and music from around the world. The company is technically registered in London for security and business reasons, but the majority of its readership is from Egypt, Saudi Arabia, and Tunisia — countries with high smartphone ownership and large shares of younger internet users.

While it doesn’t explicitly cover politics, Ma3azef doesn’t shy away from difficult topics.

The site regularly publishes “dossiers,” or a collection of stories around a theme, and its dossier on Jihadi music took its writers months to research and put together. In another comprehensive dossier, the team explored the cultural, social, and political roots of Rai music from North Africa, sorting through an intricate history with music clips, playlists, and criticism.

“Usually people respond [to us] with excitement,” Abu Taleb said. “There is so little good content in Arabic these days that readers are genuinely delighted when they come across something good.”

Ma3azef is still small, with five editors and around a dozen freelance writers scattered around the world in Egypt, Tunisia, Lebanon, Palestine, Bahrain, Morocco, Algeria, Europe, the U.S., and China. Currently a combination of grant funding and art scholarships keep the editors and writers afloat. It’s been a challenge to find editors and writers well-versed in music and willing to do the reporting and research that goes into each Ma3azef piece, according to Abu Taleb. So Ma3azef started its own four-month training course for young writers who want to learn how to write well about music.

At the moment, the company is focused on increasing readership and new revenue models to support its time-intensive work. In December it’ll kick off its growth initiatives with a concert to celebrate the site’s fifth anniversary. The concert, Ma3azef’s first live event, is being held in the Arab world and will feature regional bands, and represents an opportunity for Ma3azef to increase name recognition and test live events as a revenue stream. The company has also had discussions with an event management company about hosting a bigger festival, tentatively slated for the summer of 2018, to be held in multiple locations across Europe and the Arab world. As a site focused on music — and in particular independent music, Ma3azef still has limited competition in this space.

Building off Abu Taleb’s experience publishing a book, Ma3azef also wants to publish its dossiers as print products, which could draw another slate of advertisers and sponsors.

“Our editorial process is going well right now. We are producing good stuff,” Abu Taleb said. “And producing more and more content than before. The team is excited about the growth, but we’re exploring where to go from here.”

The team has discussed translating select pieces into English to increase the audience reach as well. But because of limited staff, their focus will remain mostly on their Arabic-language writing; English will be a small part of its output.

“We feel there are a lot of opportunities — both on the business-side and editorially — out there that we cannot pursue because our heads are buried in the day to day work of editing and running the magazine,” said Abu Taleb. “We know opportunities exist and that is exactly why we need to get our heads out of the day-to-day to see them.”

Ramsey Tesdell is the managing partner of EED-supported SOWT, a new Jordanian social network based on short voice recordings.