EED at the EU-Western Balkans Media Days conference in Tirana 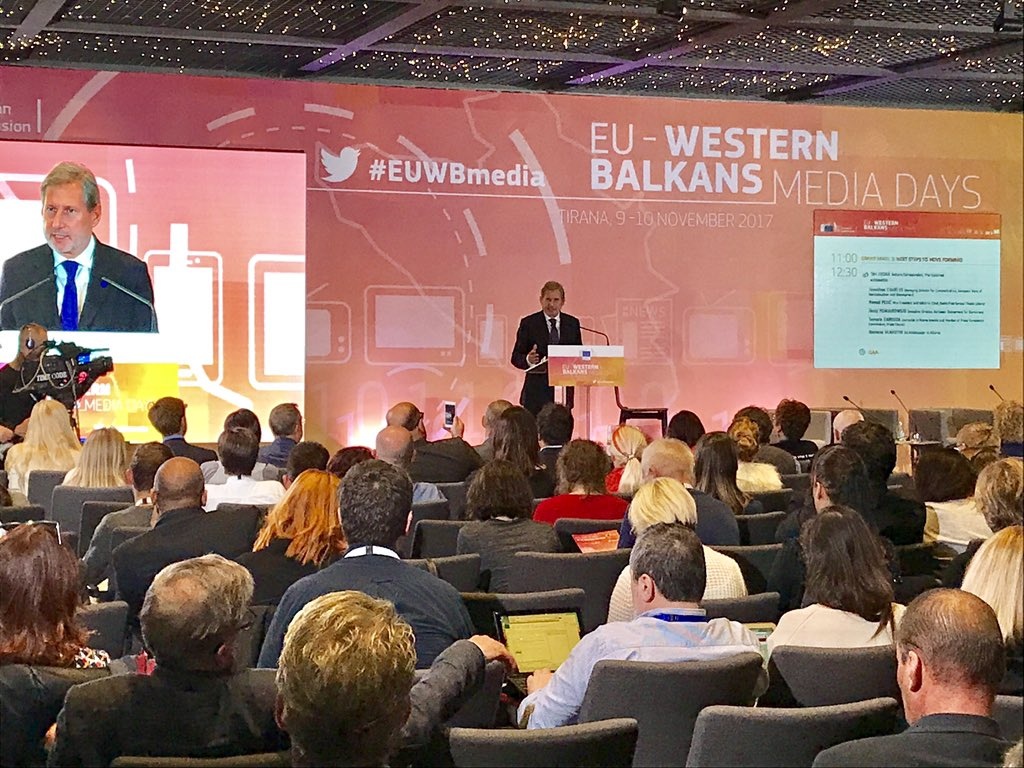 Despite the framework of EU enlargement, the democratisation process in the Western Balkans has entered rocky times. In particular, freedom of the media – one of the political criteria for EU accession – is not only slow to improve, but is actually showing decline in some countries of the region.

At the conference, the European Commission announced investments in new initiatives to support independent journalism, sustainable media outlets, and boost regional cooperation among public service media. The European Endowment for Democracy (EED) encouraged to cooperating closely with the EU in these projects.

In his opening address, EU Commissioner for Enlargement and Neighbourhood Johannes Hahn said: "Freedom of expression is a fundamental value of the European Union and inextricably linked to further progress on the EU path. The EU-Western Balkans Media Days pave the way to a more comprehensive approach to support independent media outlets, assist the expansion of media literacy in the region, help digitalisation and know-how transfer.

“A vibrant, economically sustainable, independent and pluralistic media sector is equally important for exercising freedom of expression as are the legal, political and judicial conditions that guarantee it".

EED can provide a rapid response to organisations when problems arise. According to the needs, EED is able to provide start-up, core and bridge funding. Besides information outlets and media, we also support the development of creative content. We do not set priorities, but rather listen to the needs from the region”, Pomianowski said.

In his speech, Pomianowski also outlined the objectives and possible beneficiaries of EED’s flexible democracy support in the Western Balkans. EED’s engagement will aim to support start-ups and new media initiatives, as well as individual journalists, bloggers and researchers in the region. Support for content production as well as bridge funding for small-scale initiatives will also be part of the initiatives.

Besides contributing to the preservation of an independent, reliable and high quality media landscape, EED may also play a role in supporting civic and political activism in the Western Balkans. As Pomianowski stated:

“Media support is not enough to deal with the dramatic environment faced by the media today. New political alternatives are needed to replace those who violate freedom of speech.”

It is expected that in the beginning of 2018, EED activities will aim at complementing the work of other donors and stakeholders, acting as a valuable extra tool to support democracy and independent media in the Western Balkans – in the same way that EED has been doing in the past years in the European Neighbourhood.

The EU-Western Balkans Media Days gathered over 250 representatives of media outlets and media-organisations, as well as policymakers from the EU and the Western Balkans, to discuss about freedom of expression and the role of media in the accession process.

Two panels and six workshops provided a platform for media professionalism to exchange views and share best practices. The conference contributed to pave the way for new forward-looking initiatives to foster independent, sustainable and professional media in the region.