How One Lebanese Youth NGO Fights Discrimination with Art

In Lebanon’s North Bekaa region, young people are living under a shadow of instability and division. Mehdi Yehya shares his story of how the NGO he founded - “Peace of Art” - is helping to break the cycle of division through the arts. 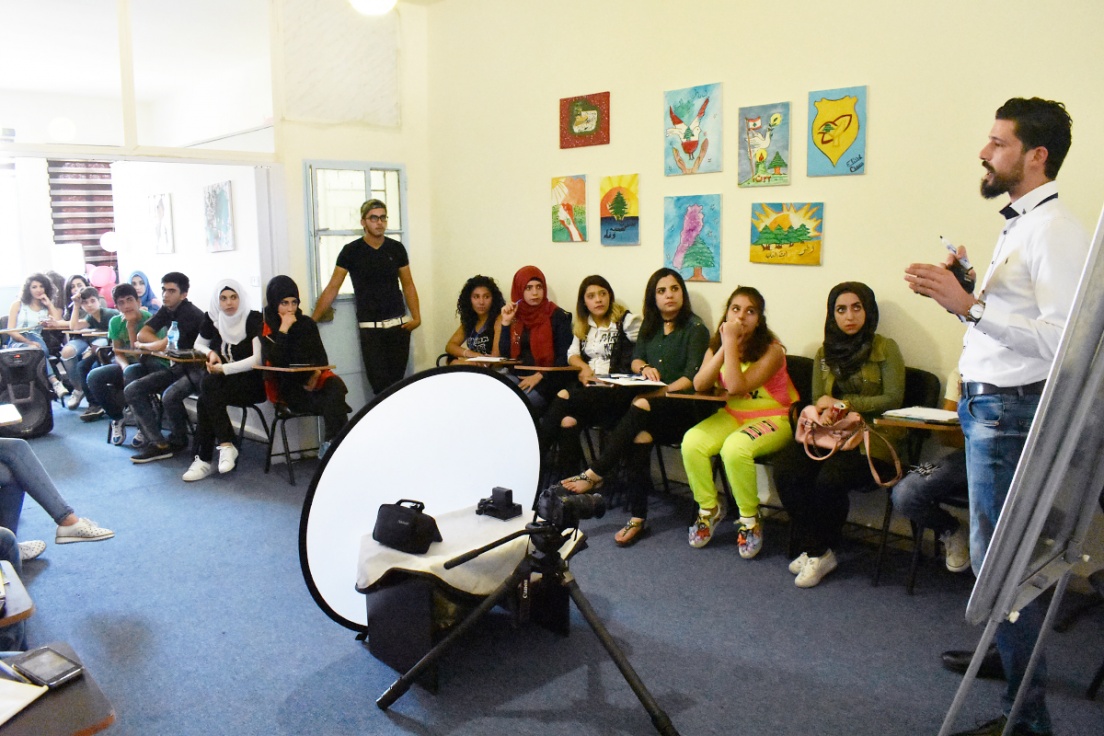 I founded “Peace of Art” (PoA) in 2016 in the North Bekaa region. It is a turbulent area, where the wounds of the Lebanese civil war have still not healed, and the impact of the Syrian crisis is ever-present. Several ISIS attacks have sown hatred between villages, already deeply divided along religious, sectarian and political lines, and as a result, violence is widespread. North Bekaa suffers from a fragmented political system, widespread antagonism, and mistrust between its inhabitants.

Young people and children growing up in this environment can feel alienated by these divisions and are at risk of perpetuating prejudices because of the lack of contact with their peers from other groups. Bringing together these divided young people is the aim of our EED-supported project, “Art Against Discrimination”. The initiative uses safe spaces for young people to interact and get to know each other while learning new skills in photography, public speaking, music and the arts.

Syrian refugees in particular face obstacles to integrating into Lebanese society due to the widespread antipathy from part of the Lebanese community towards Syrian refugees. Some people still hold a grudge towards Syrians because of political events from the civil war era in Lebanon. Others suspect Syrians fleeing the war of being ISIS members. This situation makes it very difficult for Syrian youth, children and the wider population in North Bekaa to fully enjoy their human rights.

Many young people are tired of the situation they find themselves in and have decided to leave North Bekaa for less challenging environments. There is an urgency to show more young people that change is possible.“Art Against Discrimination” is a small initiative but it has already delivered positive results to over 100 young people. Focused on creating spaces for dialogue and promoting freedom of expression through advocacy, training and awareness-raising activities, it has encouraged young people to join local NGOs and do their part to create a better society.

Through the initiative, we train young people how to use photographs, movies and music to express their social, cultural and linguistic rights. Workshops in public speaking, particularly for minority groups, help build the self-confidence of young people to foster debate and become agents for change in their communities. These projects offer a platform for emerging and independent voices committed to resisting the culture of fear and intolerance in both Syrian and Lebanese communities of North Bekaa. Now, we want to scale up.

Young people represent the potential of a community. That is why it is essential to end discrimination, encourage youth from different communities to exert influence as future leaders, as well as create the best atmosphere for them to focus on their education. And that is why it makes sense to focus efforts on youth, developing their capacities and involving them in efforts to propagate peace and reconciliation initiatives among the wider population.

ALSO READ: Building peace through 'art for everyone'