As International Women’s Day is marked around the globe, we look at EED’s contribution to advancing gender equality in democracy. And feature stories of our partners, working to forge a more gender equal world. 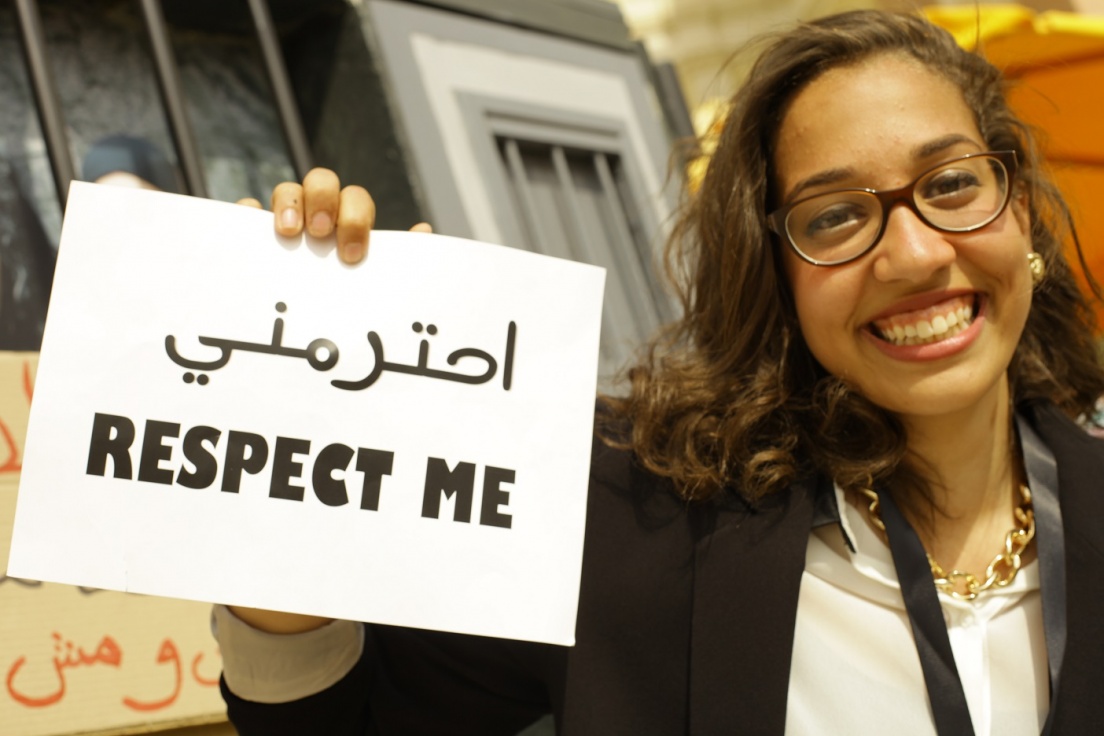 #BeBoldForChange is this year's campaign theme. Driving change to ensure that women play a full role in the democratic process is at the heart of EED’s work. EED funds female leaders and activists to advance political participation of women, and sponsors a number of organisations that address women’s issues.

One of these is Syrian activist, Majd Izzat al-Chourbaji. The 35-year-old runs Basamat For Development, an NGO she established in Lebanon’s Bekaa Valley to empower Syrian women who, like her, have fled the devastation of their country.

“Women need to speak up, they need to have more of a say in decision making,” insists al-Chourbaji. “Women will play a central role in bringing peace to Syria and rebuilding our country after the war.”

While a very different context, in Moldova, an EED-sponsored feminist movement is also challenging patriarchal attitudes. The Group of Feminist Initiatives, run by Polina Ceastuhina, and Victoria Apostol, aims at promoting gender equality in the former Soviet country. The two young women share a common mission: to show their compatriots that “feminism” is not a bad word.

“Post-Soviet societies are very patriarchal, notions of how men and women should interact are deeply ingrained,” says Ceastuhina. “Even businesswomen, women in positions of power, fall back into traditional roles at home.”

Since its establishment, EED has allocated over one million euros to gender initiatives. However ensuring a gender perspective remains a constant challenge, in particular in societies where women are marginalised from decision-making and politics.

In its most recent Global Gender Gap Report, the World Economic Forum finds that parity between the sexes could take 170 years. The report looks at progress towards equality between men and women across 144 countries in four key areas - educational attainment, health, economic opportunity and political empowerment. Findings are mixed for EED partner regions:

The pillar where the gender gap looms largest, political empowerment, is also the one that has seen the greatest amount of progress since the World Economic Forum began measuring the gender gap in 2006. However, improvements are starting from a low base. For example, in both the EaP and MENA regions, on average, women constitute only 15% of the elected Members of Parliament.[1]

EED has supported a growing number of women and initiatives involving women in democratic decision-making. In Armenia, a training and mentoring scheme organised by the NGO Support for Noyemberyan inspired 20 women in the Tavush region to run for local government positions in 2016 elections, with 11 elected in five communities.

In the Medenine region of Tunisia, the Civil Pole for Human Rights and Development-Medenine has set up a scheme to train female local government and independent candidates to take part in the 2017 local elections. So far, 20 women have received training. In February 2016, the Civil Pole presented a list of recommendations to the parliament, among which was ensuring gender parity in the municipal election lists. This was overwhelmingly adopted in June 2016, which was a huge victory for Tunisian women’s rights activists and the Civil Pole.

In Lebanon, Association NABAD for Development organises capacity-building training for four groups of 15 women (Lebanese and Syrian) from the rural region of Bekaa. It aims at developing their advocacy skills to promote women's rights.

There is no single solution that can completely end gender inequalities that span all spheres including democracy building. But while just a snapshot, these initiatives show what can be achieved with determination, collaboration and support for action to #BeBoldForChange.