Executive Director, Jerzy Pomianowski, presented EED’s annual report to the EP’s Foreign Affairs Committee today (20.3.17). The report provides an overview of EED’s work in what has been a severely testing time for democracy activists and human rights defenders. 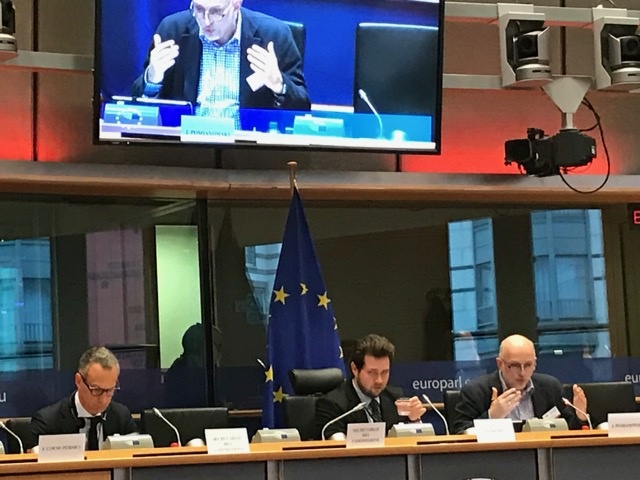 Addressing MEPs, Pomianowski said: “2016 was not an easy year for democracy. Our operating context has changed significantly. However, while more challenging, this has also offered new opportunities and relevance for EED.

“During the past year, EED continued to consolidate its position as a credible and important democracy support organisation. A total of 128 new initiatives were selected for funding in 18 countries neighbouring the EU, from almost 1,000 requests for support received.”

The annual report highlights some of the key results and provides many concrete examples of EED’s work in each of the beneficiary countries. EED supports initiatives that build foundations for more inclusive and participatory democracies and work to counter corruption. Its distinctive niche lies in its capacity to operate in difficult, often dangerous environments that are off limits to many other donors.

In several places, EED has had a real impact on political developments through fast and targeted support to civil and political activists. For example, in Ukraine – the biggest recipient of EED support – EED has established itself as one of the fastest providers of support and a recognised key actor in responding to the deep changes the country has been undergoing since the Euromaidan protests. EED has been particularly successful in supporting the emergence of a new generation of activists, who are helping to reshape the existing civil sector and political landscape.

In conflict zones, EED is committed to ensuring that populations suffering war and instability are not neglected. In Syria, EED has strived to support the needs of the civil society movement, which has continued to demonstrate a strong commitment to a pluralistic country and the promotion of democratic practices.

The report was very positively received by the Committee, with a number of MEPs congratulating EED on its work and achievements in the ensuring discussion. Anna Elżbieta FOTYGA MEP (European Conservatives and Reformists Group / Poland) said that she had “personally experienced the value of EED’s work” while Tamás MESZERICS MEP (Group of the Greens/European Free Alliance / Hungary) said that EED was doing work of “extraordinary quality”.

As well as describing the work and results achieved in each of the beneficiary countries, the report also includes a number of first person interviews with some supported activists.

“These stories give a real insight into the strong commitment and extreme sacrifice our grantees and partners endure in their fight for democracy,” said Pomianowski.

Finally, a special section focuses on the comprehensive evaluation of EED carried out in 2016 by an external consulting company. Key findings showed that “significant results have already been realised through fast and flexible grant-making procedures”.

We hope that you enjoy reading about the results of our work and the inspiring stories of our courageous partners.