“The War in Syria Has Not Ended. Attacks Continue. Protection Concerns Continue”

On 23 April 2018, the Issam Fares Institute and the European Endowment for Democracy held a panel discussion to address the challenges in refugee protection and assistance in Lebanon. 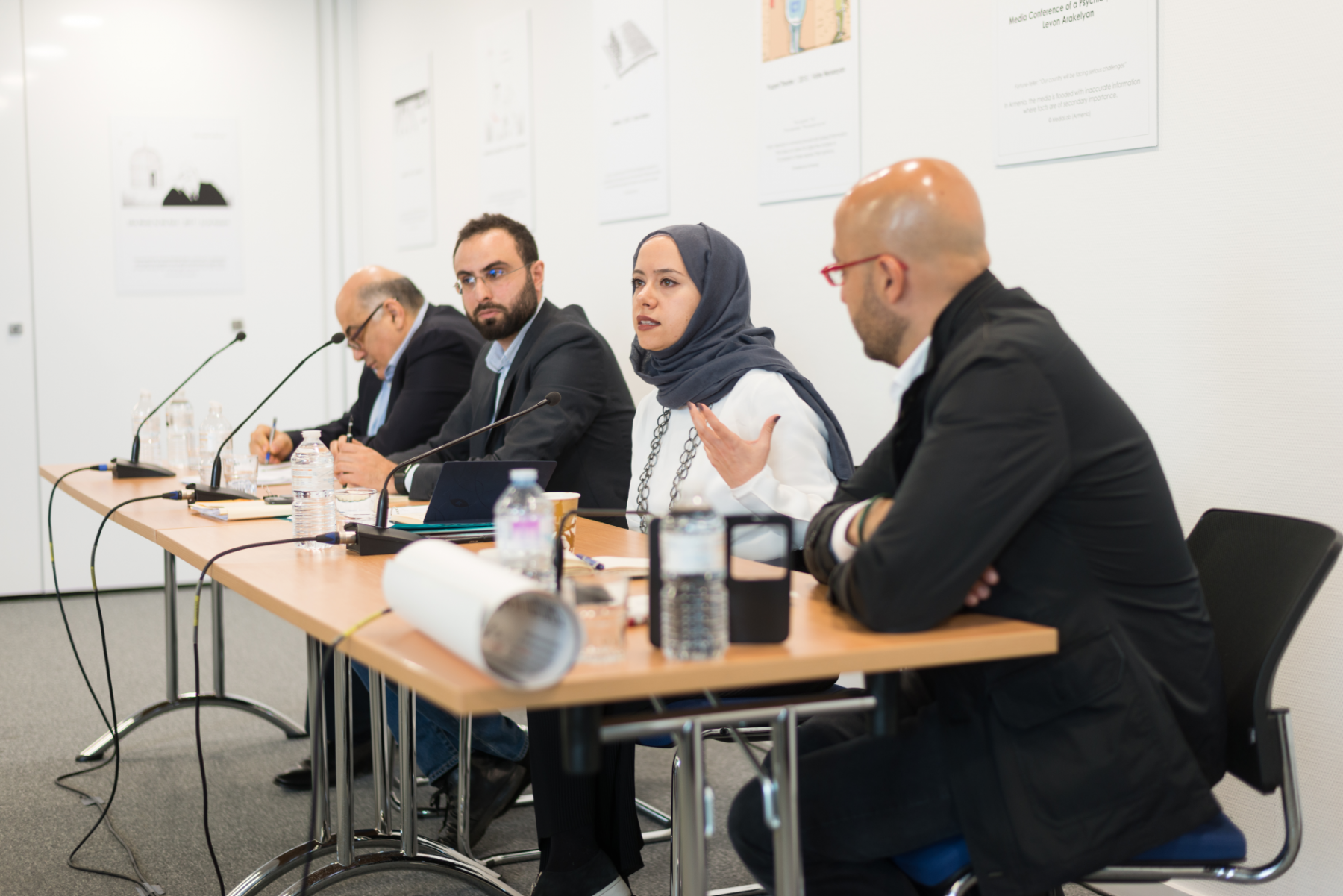 The event was held ahead of the EU-UN conference on “Supporting the Future of Syria and the Region” and brought together Lebanese and Syrian policy researchers and local CSO/NGO representatives with international and European decision makers and policy experts.

Seven years since the beginning of the Syrian refugee crisis, the number of refugees in the region stands at over 5 million individuals. As the situation of the refugees deteriorates, and the burden on the host communities increases, the Syrian conflict is still very much going on.

With the Syrian community in Lebanon getting poorer and living standards deteriorating, a general sense of fatigue from refugees, host communities, and the donor community has set in. As of November 2017, an estimated 74% of Syrian refugees aged 15 years or older are not in possession of legal residence permits. This lack of legal documentation impacts on every aspect of their lives; in 2017, 53% of the refugees were still living in sub-standard conditions.

Fatigue has also plagued the host community in Lebanon. The majority of refugees live in the most socially and economically deprived areas of the country, increasing the pressure on resources, inciting frustrations and providing a fertile ground for manipulation by the political elite and the media that translates in fueling an anti-refugee discourse.

“The international response to the refugee crisis is modelled around an ‘elastic cord’ that’s currently cracking due to fatigue in the host communities,” said Dr. Nasser Yassin. We need to advocate for a legal protection framework for Syrian refugees in Lebanon.”

“Today we need to rethink protection programming and come back to the key concerns; a need for basic dignity must be at the core,” Dr. Rouba Mhaissen added.

Local civil society actors are best positioned to understand both the refugee and host communities, answer their needs and adapt their approach taking into account the volatile environment but also cultural sensitivities. For example, with the increasing focus on women’s empowerment programmes, and the simultaneous exclusion of the men from the workforce in Lebanon, the general sense of frustration among men is increasing, urging the need for a more balanced approach. However, the civil society organisations, especially local ones, are struggling, with Syrian civil society groups and activists being the most vulnerable. The lack of work permits, the limited access to funding as well as direct pressures to prevent civic engagement have pushed a number of them out of Lebanon, when those who stay, continue to struggle. Difficulties in securing core funding limits the ability of local CSOs to compete with the salaries of international organisations, and stunts their capacity to hire competent staff. The panelists called on the Lebanese government to address to issues of legal status, non-refoulement, and access to work and education.

The speakers also reached out to the international and EU actors for continued support, with the war and the refugee crisis are still on going. Mr. AbdelSamad stressed the importance of the EU as a partner and a donor in the region, especially on the humanitarian level, but emphasized that “efforts to find a political solution is essential and should be at the core of the strategy”. He pointed to the trend toward adopting the security approach in facing the refugee crisis, which is not in line with the values of the European Union, and must be a tool to protect core values and not an end in itself. Concluding, Dr. Nasser Yassin reiterated: “The Syrian crisis is a global problem that requires global solutions on a global scale.”