On 16 November, EED hosted in our offices the briefing “Ukraine war-time volunteer movement and its role in Ukraine’s democratic future”, a panel discussion with Ukrainian civil society leaders, including Serhiy Prytula. 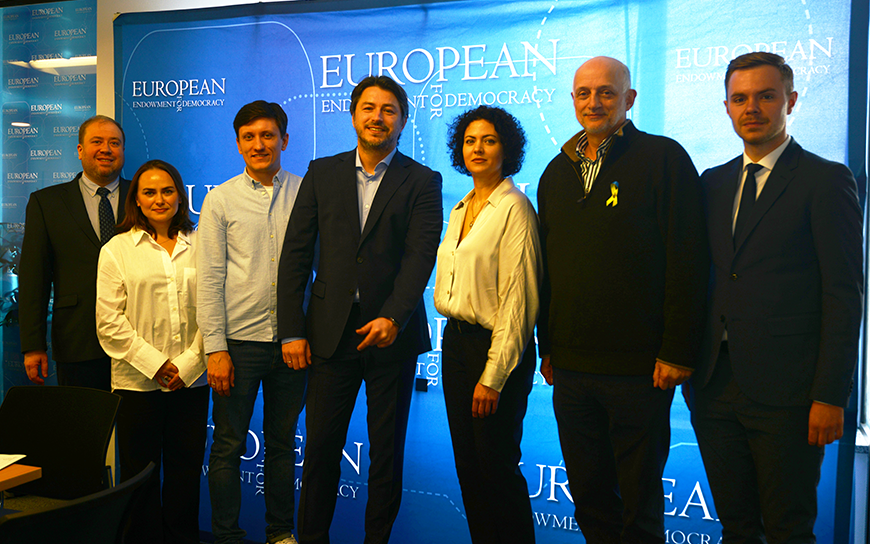 On 16 November, EED hosted in our offices the briefing “Ukraine war-time volunteer movement and its role in Ukraine’s democratic future”, a panel discussion with Ukrainian civil society leaders, including Serhiy Prytula.

Prytula, one of Ukraine’s most prominent public figures and civil society leaders, is the founder of the Serhiy Prytula Foundation, which provides non-military assistance to the Ukrainian Defence Forces and humanitarian relief to the communities in the war-torn regions of Ukraine.

In the light of the ongoing Russian aggression against Ukraine, the discussion focused on the Ukrainian volunteer movement and the challenges and opportunities for Ukraine’s future democratic development and post-war recovery.

Speakers noted that Ukrainian civil society quickly and effectively reacted to Russia’s invasion and is contributing to Ukraine’s resistance alongside the government’s actions. The common goal of defending the freedom and sovereignty of the country and the need to support the displaced and the vulnerable have motivated the volunteers to work hard over the past ten months, and they have no intention to stop.

The volunteer movement is bringing to light a new generation of civil society activists and new leaders who are committed to further democratic development and modernisation of Ukraine and should play their role in post-war rebuilding. 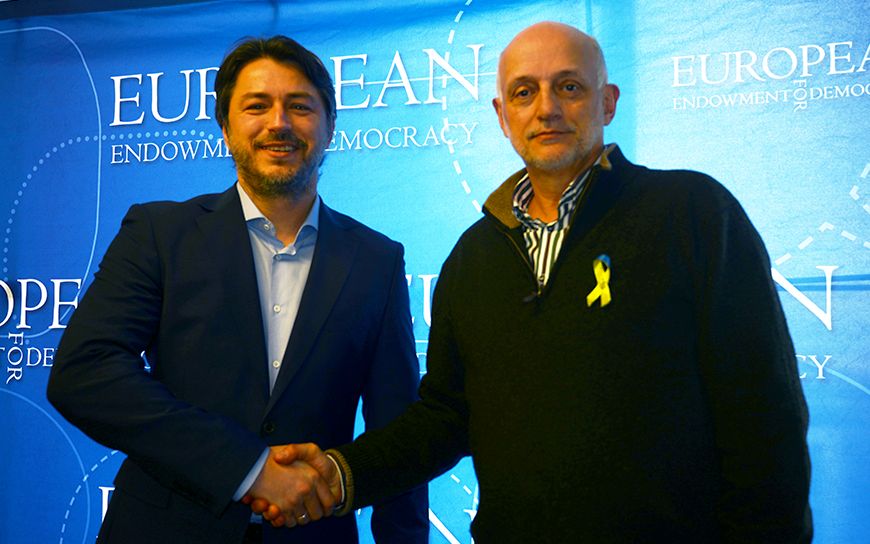 After opening remarks by EED Executive director Jerzy Pomianovski, moderator Yulia Bankova from Liga.net highlighted the remarkable unity of Ukrainian civil society throughout the years: “We always stick together; it happened with the Orange Revolution in 2004, with Euromaidan in 2013-14, and it’s happening now during the war.”

Serhiy Prytula commended the massive efforts of the entire Ukrainian society: “It is vital to stay united - we are invincible only when we’re united.” He also noted: “We are witnessing a new generation of leaders in our volunteer movement, they have the trust and support of the population, which is crucial to achieve change”.

Konstantyn Batozskyi, of the Centre for Policy Making, emphasised the struggle faced by those who remained in territories occupied by Russia: “Volunteers are considered as the enemy by the Russians and labelled as Nazis. They are imprisoned and killed. We need to remember them and hold Russia accountable for its war crimes.”

Dmytro Drobot of the Kharkiv Anti-Corruption Centre discussed how societal trust was essential to help people when Kharkiv was under attack: ”There was nobody to explain to citizens what to do, how to escape; so volunteers organised large-scale actions to help them. We could not afford to wait for the state to come and help us, we had to act immediately.”

Svitlana Sova of the Union for Responsible Citizens highlighted the role of women in the volunteering movement, and the need to financially support volunteers: “Many of us are investing our own money to help others, which is not sustainable. Increasing monetary assistance to the volunteer movement for institutional capacity-building will help them continue to operate and raise funds to help citizens.”

Sova also referred to the Lugano Declaration/Civil Society Manifesto, noting: “We have declared the framework and principles of development. Development in Ukraine is not possible without the principles we have noted in this manifesto – Ukraine with a European identity, with representative democracy, and where decision making processes are transparent, inclusive and participative. We have stated the red lines that cannot be crossed…. To date over 250 organisations have signed this manifesto.”

The speakers also appealed to international organisations and donors to continue their support to Ukraine and thevolunteer movement in the long run to ensure its success.