EED hosts the premiere of ‘Transformation’

Last week EED hosted the premiere of ‘Transformation’, a documentary on civil society in Ukraine from Euromaidan in 2013 to today at a time of war. 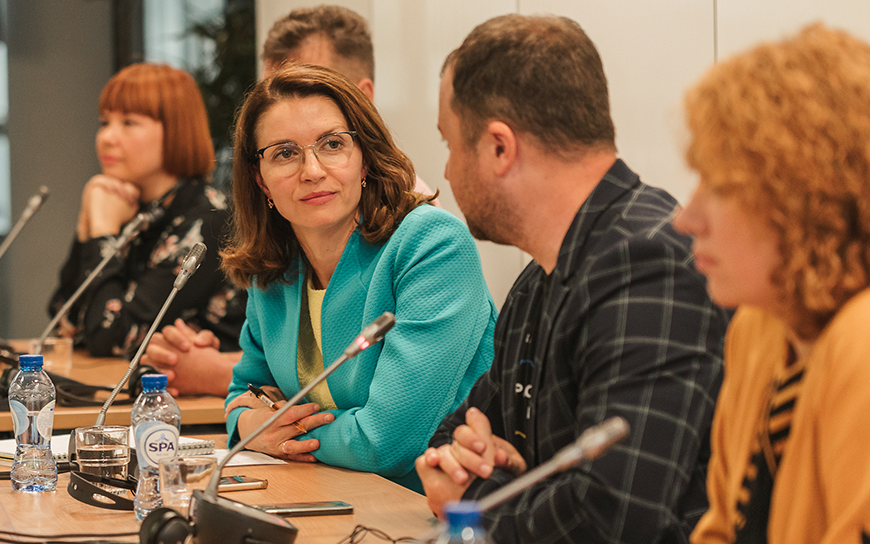 On 15 September, as part of International Democracy Day Brussels, the European Endowment for Democracy hosted the premiere of the documentary ‘Transformation’, produced by Maksym Cherkashyn and Mariia Pachkovska. The documentary follows the development of Ukrainian civil society from 2013 to 2022, highlighting its resilience at this time of war.

Members of the Ukrainian community in Brussels and of the Brussels community working on Ukraine gathered in EED’s office for the premiere. The screening was followed by a discussion with civic activists featured in the documentary - all EED grantees, who travelled from Ukraine for the occasion. 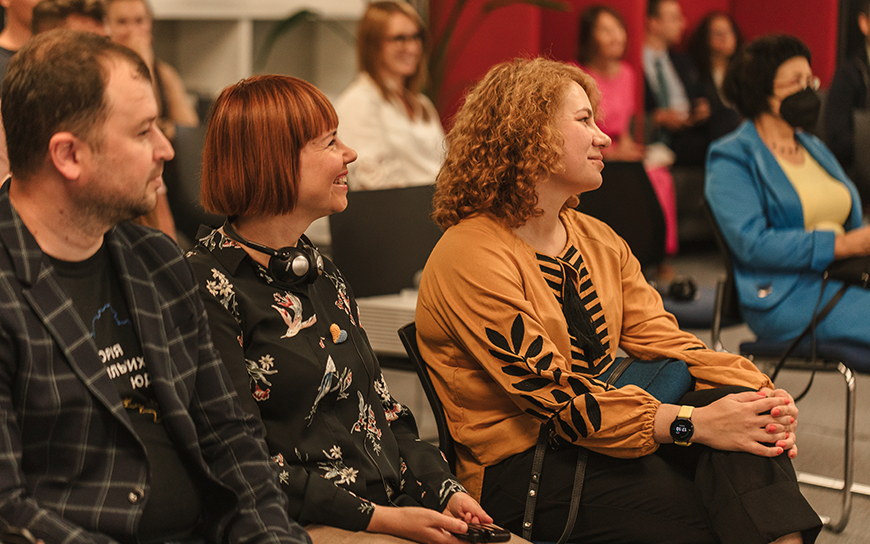 Joining Maksym Cherkashyn, producer of Transformation and head of the Educational-Analytical Centre for Community Development, were Vladyslav Balinskyy, chairman of Green Leaf; Viktoriia Feofilova, head of Horizon of Changes; Mariia Paplauskaite, co-founder of The Ukrainians; and Kateryna Butko, head of All-Ukrainian Organization Automaidan.

The partners related their personal stories of civil society’s strength, organisation, cohesion and courage, and the great strides made on Ukraine’s road to democracy. They emphasised the important role they will continue to play in Ukraine’s future reconstruction.

The full documentary can be watched here.

All photos by Anna Dovie