Ukrainian civil society presented a 'Civil Society Manifesto' on the sidelines of the Ukraine Recovery Conference in Lugano on 4-5th July. 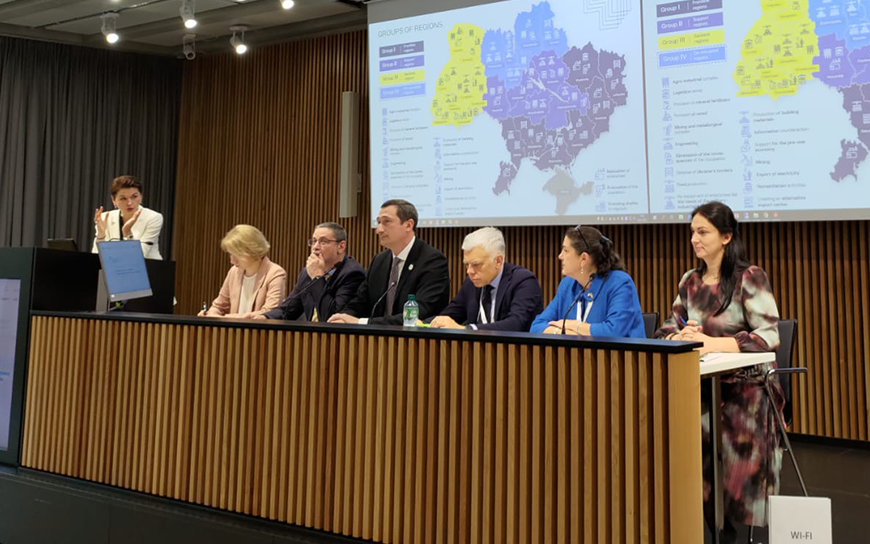 Today, Ukrainian civil society members presented a ‘Civil Society Manifesto’ (Lugano Declaration) at the Civil Society Event held in the side-lines of the Ukraine Recovery Conference (URC2022) in Lugano on 4-5th July. Below is the full text of the Manifesto.

We, Ukrainian men and women of different origins, languages, education, worldviews and faiths, trades, and interests, are united by a common understanding of the severity of the challenge facing Ukraine and the world. We are driven by an immense desire to protect human beings and humanity and to prevent the terrible destruction of life, which is the greatest value of human civilisation.

We are aware that we are in the midst of a war for the independence of Ukraine, which for our EU neighbours is a war for European values, a war for a fairer world order for the people of the whole world, and a war that gives hope for the transformation of imperial Russia.

Each of the Maidans in 1990, 2004, and 2014 - just like today’s war – was a historic turning point that distanced us from a totalitarian legacy that had been instilled for generations and cost millions of lives. Instead, Ukrainian society has always made a clear and conscious demand for a peaceful life, a democratic system of governance, and a wide range of freedoms and prosperity - all valued in European societies.

Restoration of the infrastructure and of peaceful life in Ukraine should be carried out according to new standards, and should contribute to the sustainability of new institutions. The burden of war and the associated suffering should not motivate political elites and some members of society to support authoritarian systems of governance and seek populist solutions. Our modern history convincingly demonstrates that in critical moments, our partnerships and our state institutions must be strengthened by the involvement of civil society, networking initiatives, volunteer groups, and private initiatives, whose contributions make reforms sustainable and prevent their rollback.

Therefore, while recognising our diversity and differences of opinion, we want to declare common principles and a framework for the future, for which millions of Ukrainians risk their lives every day. Any decisions on the future system and rebuilding of Ukraine must meet the following criteria:

Red lines, the crossing of which is unacceptable under any circumstances as it entails existential risks for Ukraine and Ukrainians:

Priority tasks for the development of Ukraine:

All and every action aimed at helping Ukraine at this crucial moment in history must meet the criteria above. Defining the vision of post-war Ukraine, the strategy of reconstruction and modernisation, and specific plans and projects at all levels should not take place in a narrow circle and under the pressure of current circumstances, but in an open, transparent, inclusive way, involving relevant stakeholders. In all our diversity, we – volunteers, activists, entrepreneurs, businesspeople, professionals – are united by a common desire to implement these principles because this is our contribution to a common future.