Young Activists from the European Neighbourhood Rocking the Stage at YO!Fest 2018

Wide support for the youth striving for democracy in the countries of the European Neighbourhood has always been at the very core of EED’s mandate. 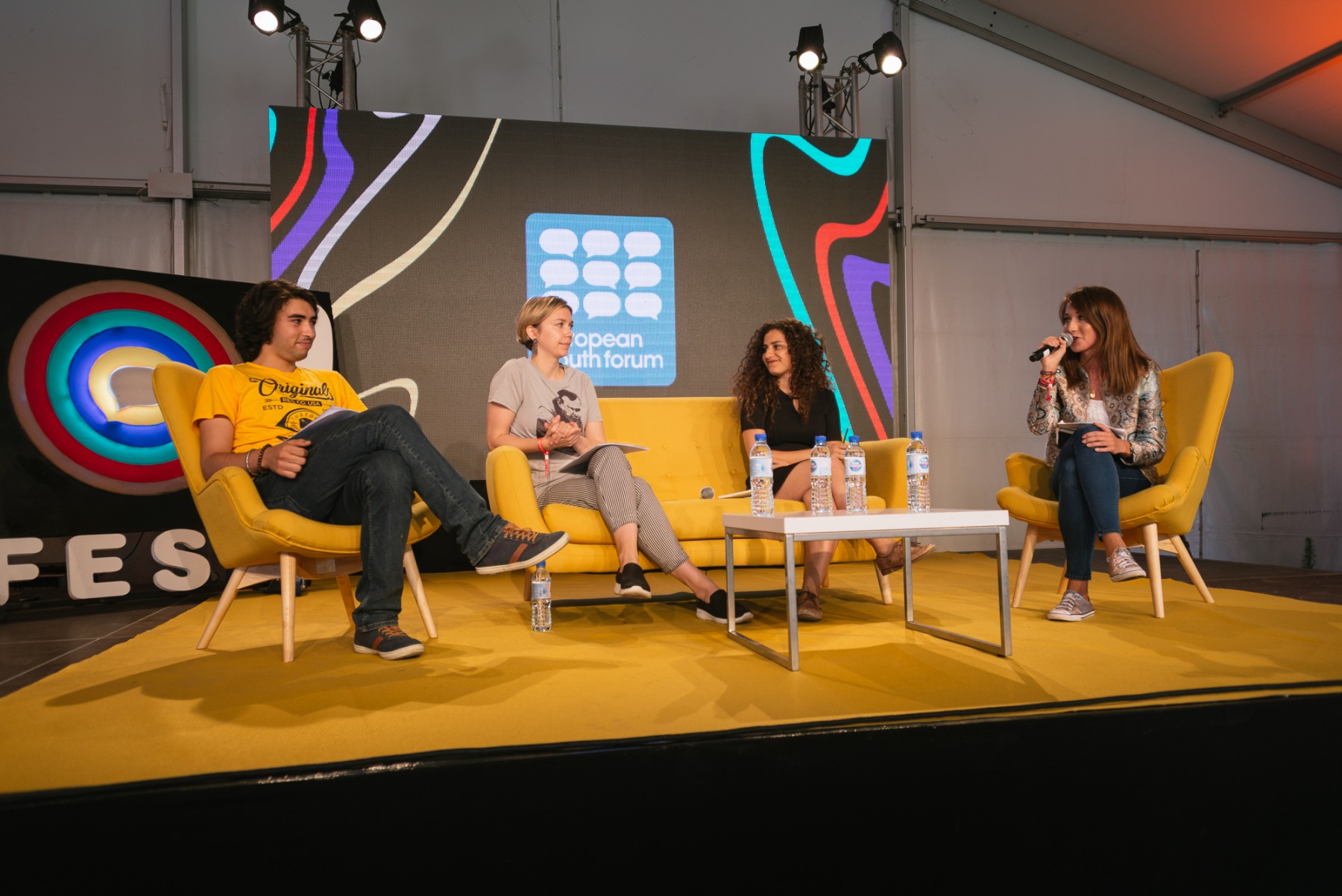 For the very first time, the young leaders of EED partner initiatives had a chance to voice their cause at YO!Fest / European Youth Event, bringing over 8.000 young people together for passionate debate and engaging politics at Europe’s biggest youth political festival.

Our partners from Tilila (Morroco), GO!East (Ukraine) and Megaphone (Lebanon) stepped on stage on the second day of the Festival, sharing the challenges they face in their daily work.

In the context of war, post-conflict setting or oppressive political regime ruling their country, they delivered a strong message on how they still want to push for a change. In their cases, the struggle for democracy and human rights often stands for taking great personal risks. Still, their strength, creativity and adaptability are vital for the constriction of more progressive, democratic future of the European Neighbourhood.

Our speakers also emphasised the power of collective effort in the age of individuality: “The biggest challenge is not to create young leaders,” said Svitlana Kolodii from GoEast. “It’s all about teamwork. One person can’t make big changes.”

“The key is connecting groups and learning from each other’s experience,” added Jamal from the Lebanese media outlet Megaphone. "There is a lot of potential and it's a good moment to start mobilising. People should believe in change."

Asked about the definition of democracy, Salim Dahbi from the Moroccan collective Tilila referred to the roots: “Critical thinking in education is the key to success - that’s how we define democracy.”

The group of young activists from the EU Neighbourhood left an inspiring message of courage, determination and solidarity in diversity, at the same time emphasising it meant a lot for them to be exposed to an international audience. “This event helped us not only to share our experience, but also understand that a lot of challenges are similar among all young people from different countries,” they concluded.

The Festival also featured an intervention by Isam Uraiqat from Al-Hudood (Jordan), who facilitated a workshop “How to run your own media outlet in not-so-rosy environment”, providing a unique insight behind the scenes of media activism and ideas on how to keep up with the digital revolution and stay alive in restrictive, turbulent environments.