Three recommendations for the Summit for Democracy

During EED's webinar at the Global Democracy Coalition Forum, the three speakers produced a list of recommendations for the Summit for Democracy and the democracy support community. 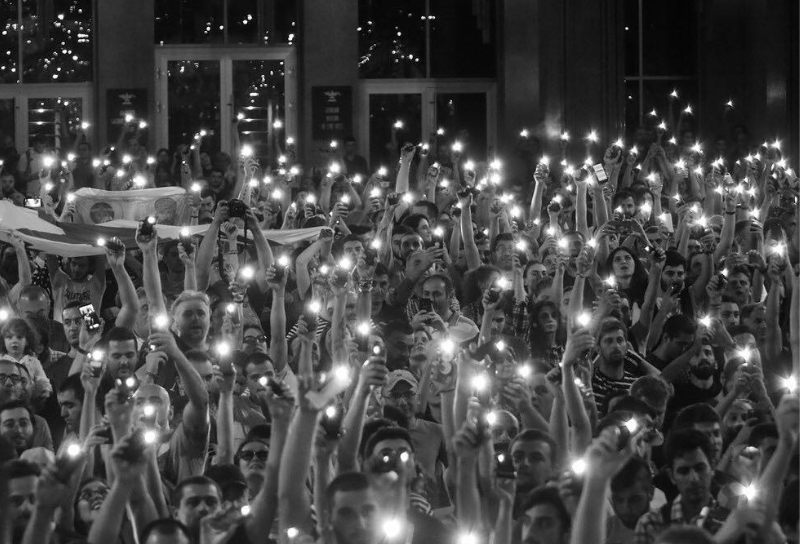 On Tuesday, 7 December, EED took part in the Global Democracy Coalition Forum with a webinar titled 'Creating and maintaining democratic spaces in times of uncertainty.'

This webinar brought together activists from Georgia, Sudan and Turkey to discuss how to create and maintain space for civil society and the media in the face of creeping authoritarianism and increased restrictions on freedom of speech. It was moderated by commentator and analyst Shada Islam.

Ammar Hamoda, from Sudanese satellite TV station Sudan Bukra, discussed his experience of covering the recent coup in Sudan, collecting voices and opinions from the ground and broadcasting a side of the country not usually seen in government-controlled media.

Tinatin Maghedani of Gavigudet (‘We are suffocating’), an environmentalist group from Georgia, illustrated the challenges of living in Rustavi, one of the most polluted industrial centres in the country, and the organisation’s advocacy and awareness-raising work to curb pollution.

Yaşar Adnan Adanalı, from the Centre for Spatial Justice, an inter-disciplinary action research institute in Turkey, highlighted the power differences between local communities and decision-makers when it comes to the development of mega investment projects which can have a negative impact on citizens’ lives.

During the panel, the speakers made a series of recommendations for the Summit for Democracy and for the democracy support community:

2. Donors should strive to build more equal relationships with the organisations they support and prioritise core funding over project-based funding. A more flexible and braver donor community, together with relationships based on trust, are vital to foster - and not impose – democracy in more difficult environments.

The rest of the recommendations for the Summit for Democracy produced during the other webinars of the Global Democracy Coalition Forum can be accessed here.