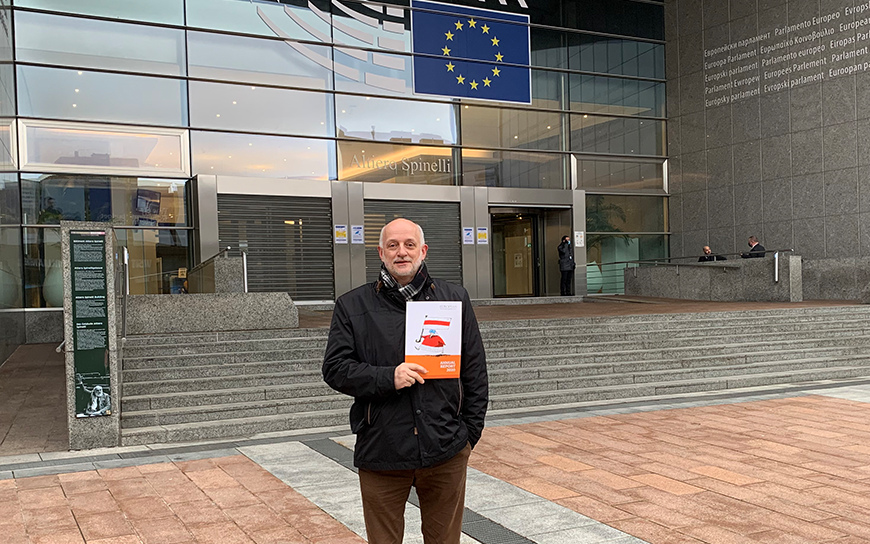 David McAllister MEP, Chair of the Foreign Affairs Committee and Chair of EED’s Board of Governors, stated that the European Parliament has been a strong supporter of EED since its establishment.

Speaking before the Committee, Pomianowski gave a brief review of EED’s activities during a challenging year for the democracy support community. He noted that in 2020, EED issued 350 grants totalling over €28 million, more than double the value of grants issued over two years ago. During the year, EED had 600 open grants with partners.

In a year marked by the emergence of an unprecedented pro-democracy movement in Belarus, he stated that EED was quick to respond to the needs of civil society and independent media following the August elections. He noted that women were the face of the Belarus opposition movement, but as Pomianowski remarked, with increasing repression in Belarus today, 49 women are currently in detention or under house arrest and 279 people in Belarus are considered political prisoners. 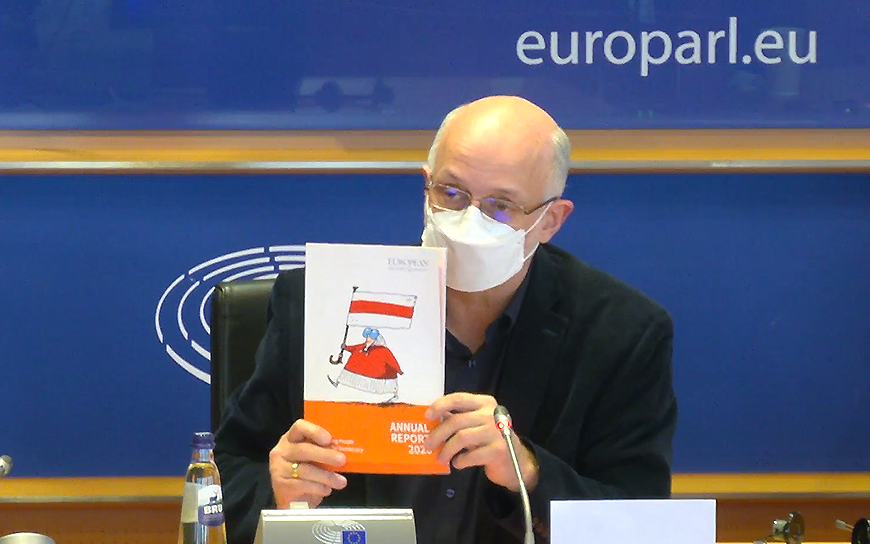 In other developments within the neighbourhood, Pomianowski referred to the Nagorno-Karabakh conflict and the threats it poses to democracy in the region, as well as the positive news story within the Eastern Partnership, with the election of pro-democracy candidate Maia Sandu as President of Moldova, the first truly grassroots politician to have successfully run for office.

He stated that in 2020, 40 percent of EED grants supported independent media throughout the neighbourhood. This support was vital to enable media outlets to continue their operations during the ongoing pandemic, and to help them survive in the face of a sharp decrease in media freedom worldwide. He noted EED’s strong support of media in the southern neighbourhood, highlighting both Lebanon and Syria as examples where EED support has been key.

Pomianowski stated that many civic and media initiatives in EED’s portfolio have strong youth and gender components, and some of EED’s most innovative grantees include loose alternative youth movements providing young people with ways to mould the democratic futures of their countries through the arts, environmental actions and cafes.

You can rewatch the presentation of EED's 2020 Annual Report below, starting at 10:14.