Presentation of 2019 EED Annual Report to the European Parliament 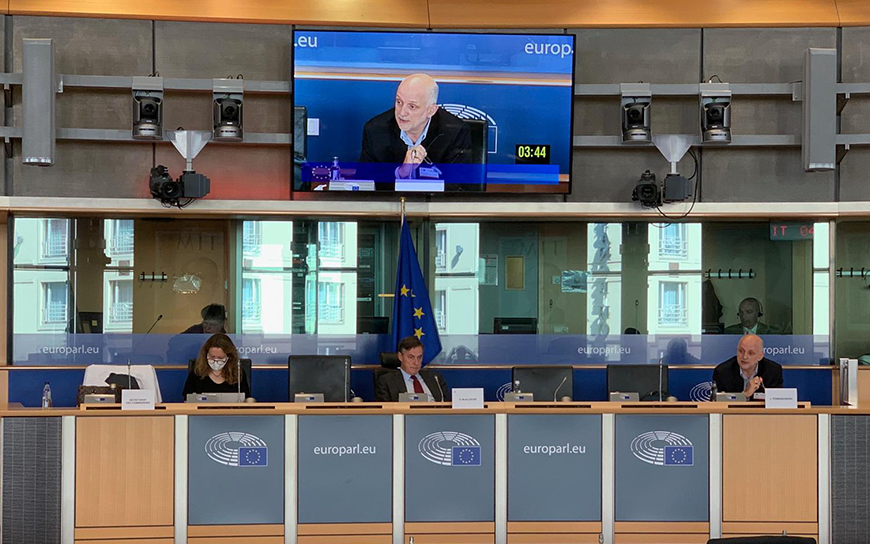 Yesterday, 13 July 2020, EED's Executive Director Jerzy Pomianowski presented the EED Annual Report to the Committee on Foreign Affairs, a committee of the European Parliament, chaired by David McAllister MEP, who is also Chair of the EED Board of Governors.

Pomianowski stated that the European Endowment for Democracy (EED) continues to work closely with democracy activists during the Covid-19 pandemic. He noted that the EED Executive approved over 150 grants to the value of €11 million since the outset of the pandemic, significantly higher than during the same period last year.

He listed the challenges faced by independent media throughout the European neighbourhood during this crisis. While audiences are increasing and there is a thirst for credible news, revenues have dried up and EED is playing a key role assisting many independent media survive during these difficult times.

He outlined the important role played by civil society during this period, ensuring accountability from governments in their management of the Covid-19 crisis and fact-checking official statistics, launching new community initiatives to assist medical institutions and the vulnerable and carefully monitoring attempts to further shrink civil space. He also drew attention to the gender dimension of the crisis, noting the increase in cases of domestic abuse in many countries.

Pomianowski referred to EED’s participation in a recent ‘Call to Defend Democracy’ launched on 25 June and supported by over 500 political, civil leaders, Nobel Laureates and pro-democracy institutions.

He also noted that a new policy paper 'Global Democracy & Covid-19: Upgrading International Support' will be published tomorrow. This paper which was led by EED is supported by 11 prominent pro-democracy organisations. It sets out the challenges to democarcy that are faced during the Covid-19 period, as well as identifiying the ways democracy activists have adapted their work during this crisis. The paper sets out a number of recommendations for democracy support during and after the Covid-19 pandemic.

Pomianowski presented EED’s 2019 Annual Report, which provides a review of EED’s operations over the past year, noting that the report profiles the work of many partners. The report can be accessed here.

The AFET address can be viewed here.