Protecting the human rights of Syrian refugees in Lebanon

The Access Centre for Human Rights focuses most of their activities on the Beqaa region, which has the highest number of refugees per capita. They have created a database that documents human rights abuses. 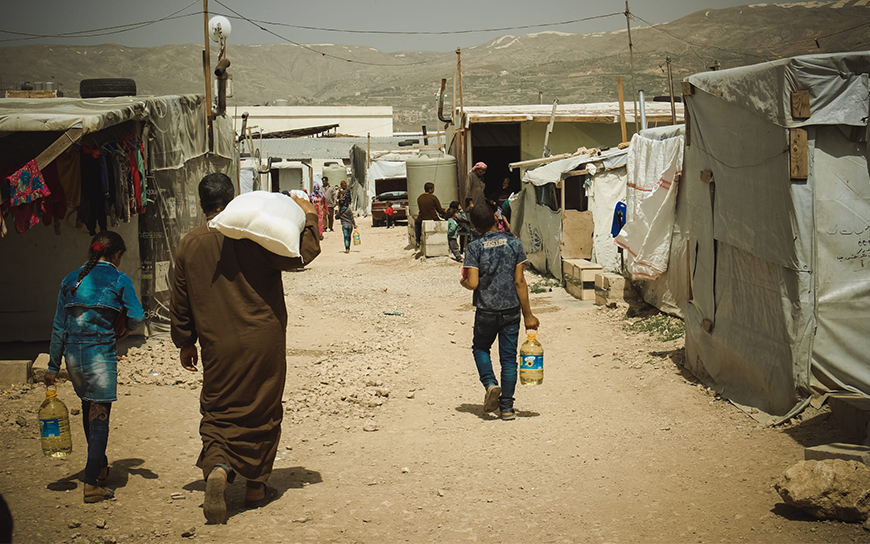 The Access Centre for Human Rights (ACHR) may only have been set up early last year, but this formerly volunteer-led organisation of civil society activists, lawyers and journalists, is doing vital work monitoring and reporting on human rights violations against Syrian refugees in Lebanon. They are the only local organisation involved in such work.

According to the latest figures from the UNHCR Refugee Agency, there are 892,310 Syrian refugees registered in Lebanon, around one-quarter of the overall population. The presence of so many refugees puts significant pressure on a country already characterised by a volatile political environment, and which today is experiencing an unprecedented economic crisis with a full-blown banking crisis, a currency that is in free-fall, and where over 50 per cent of the population now live in poverty.

This perfect storm makes for a very complex situation for Syrian refugees, most of whom are already highly vulnerable. They face huge challenges in their daily lives and are constantly at risk of human rights violations. The refugees are increasingly resented by the host population, themselves under huge economic pressure, and they also face significant pressure from the authorities to return to Syria, despite the dangers such a return might pose.

An online complaint system to monitor abuses against refugees

Central to the Access Center’s work today is a database documenting human rights abuses against refugees in Lebanon, which was developed thanks to EED support. The Center’s team have categorised human rights violations suffered by refugees in the country: torture, arbitrary arrest and detention, forced deportation, medical negligence, discrimination based on race or belief, hate speech, violence or incitement to violence, confiscation of documents, forced or threated evictions among many others. They mainly concentrate their work on the Beqaa valley, which has the highest number of refugees per capital, although they also operate across Lebanon.

Victims can log onto an online form via a browser on their computer or their mobile phone and report any human rights violation they experience. Dedicated volunteers based in camps throughout the Beqaa valley, can provide assistance to victims to fill out the form and cross-check all information to ensure that it is accurate and up to date.

All information received is analysed and categorised by the Center’s researchers. They publish their findings in the form of infographics, press releases and position papers and special reports focusing on specific violations. Forced eviction, arbitrary deportation as well as access to education and to work for Syrians are among the main topics of research conducted by the team over the past year. Human rights monitoring and documentation are then used for targeted advocacy. Last year, along with other NGOs and human rights defenders advocating for Syrian refugee rights, the organisation brought together an advocacy delegation of human rights defenders to Lebanon to visit embassies and international organisations as well as the Lebanese Ministries of Social Affairs and Labour. They also participated in another delegation to Geneva on the margins of UN Human Rights Council 42nd session. 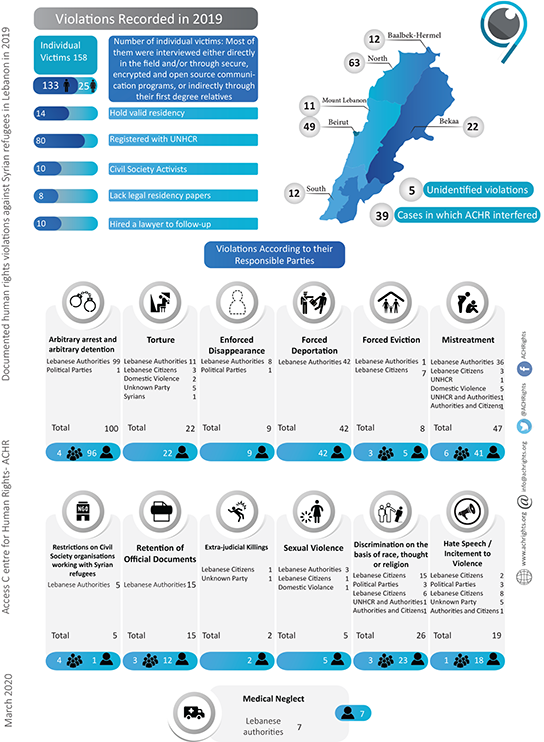 Covid-19 and its impact on Syrian refugees in Lebanon

The Covid-19 pandemic further complicated matters for the refugee population. With one-third of refugees living in tents, or temporary accommodation such as farm buildings where water is scarce, it is impossible for them to observe physical distancing and regular handwashing. Unsurprisingly, restrictions put in place by the government during the Covid-19 pandemic, such as checkpoints, erected ostensibly to protect public health, have in effect led to a spike in the numbers of violations reported by refugees.

The Access Center has noted many worrying developments. Mohammad Hasan, Founder and Executive Director of ACHR notes that of the 83 cases reported during recent weeks, these are mostly cases of restrictions to movement, forced eviction, raids on camps and physical assaults of refugees.

“With the lockdown, the control over the refugee camps in the Beqaa valley has increased. There has been an increased number of checkpoints particularly close to the camps. Residents are terrified of going through these checkpoints. More than 73 percent of refugees have no residency permits, and the authorities forcibly deported over 2,731 people between May and August 2019,” relates Nabila El-Hamwi, the Center’s project officer and researcher. She goes on to explain that administrative hurdles mean it is impossible for undocumented refugees to receive residency permits.

The checkpoints also make it difficult for refugees to travel to work – most rely on casual, hourly-paid work as labourers or in the construction industry. While before the Covid-19 crisis, many were already in a precarious situation financially – refugees are rarely paid the official minimum wage and many were already several months behind in their rent – now, countless families are facing eviction because of the lack of income.

Refugees are also nervous about seeking treatment should they develop Covid-19 symptoms as they are worried about attracting the attention of the security authorities when they travel through checkpoints as they could face deportation if their paperwork is not in order. 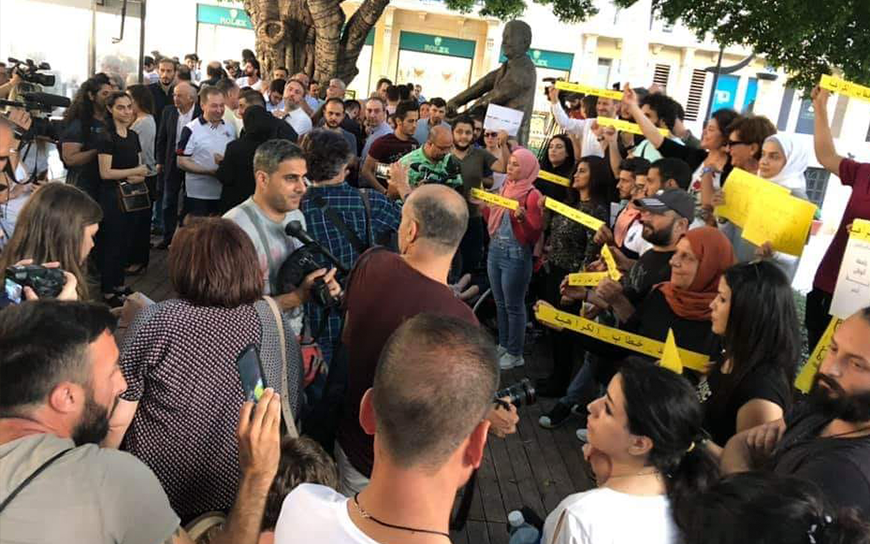 Layan Al-Dani, programme manager with the Access Center emphasises that deportation is a real fear for refugees. “Return of refugees is a highly sensitive issue. It should be voluntary and should always happen in a situation of safety and dignity. We have documented many abuses in recent months. We have reported raids on camps and arrests that take place during the weekend at a time when there are no witnesses. We are also monitoring the situation of refugees stuck at the border.”

Hasan admits that monitoring human rights violations, particularly in a tense and fragile context, is challenging from an operational and also psychological point of view. Access to different areas of the country can occasionally be difficult. The Center has also faced obstacles registering in Lebanon, and this makes it difficult for them to function from day-to-day or plan for the future. The mainly-Syrian team have benefited from some psycho-social support to help them deal with trauma of their daily work.

However, the team are determined to continue to fight for the basic rights of Syrian refugees living in Lebanon. “So many people and organisations are afraid of talking about these violations and they are afraid of legal repercussions if they report them. But these violations must be addressed. We have already seen that our work has real impact on the refugee community and that we are raising awareness of human rights abuses faced by refugees,” he says.