A news portal run by young Roma journalists in Montenegro is highlighting the difficulties faced by Roma and Balkan Egyptians in the country, and putting pressure on the government to improve their sanitary and economic conditions. The journalists fear that the coronavirus crisis will increase public hostility towards an already marginalised population. 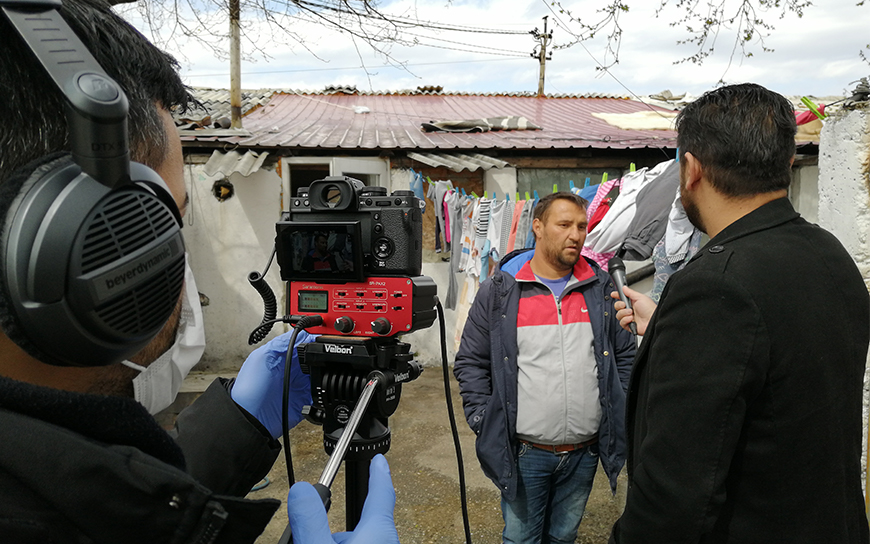 Rarely has the world experienced such clear public health messaging as during the global Covid-19 pandemic. Frequent hand-washing and social distancing are the order of the day if we are to reduce the pace of infection and successfully fight the virus, a message that even kindergarten children can repeat.

But what happens if you don’t have access to water? Or if you live in crowded accommodation with many others? How then are you to protect yourself and wider society from Covid-19? This is exactly the dilemma faced by some of the 10,000 Roma and Balkan Egyptians living in Montenegro, many of whom have no access to running water or electricity.

Elvis Berisha and Serdjan Baftijari are young journalists who work with the NGO Phiren Amenca, or Walk With Us, a Roma youth organisation that runs Romanet.me, the only internet news portal focused on Roma issues in Montenegro.

Helping Roma communities during the pandemic

At the onset of the coronavirus outbreak and with the imposition of strict lockdown measures in the country, they were quickly concerned at the effect of this public health crisis on their people. They published information describing how Roma could protect themselves from the virus, and they worked with the United Movement of Roma and Egyptians in Montenegro to produce an educational video in the Roma language about the virus that was then shared through all their social networks. This video has been watched throughout the region and has had over 40,000 views to date.

At the same time Berisha and Baftijari began a concerted campaign to alert the public and the authorities about the challenges Roma and Balkan Egyptians face. They wrote a series of articles, highlighting infrastructural issues faced by the community, such as lack of access to basic necessities like water and electricity. They wrote of the dire economic issues faced by the population due to the crisis, given the collapse of the informal labour market that is Roma’s principal source of income, where traditional wage earners are no longer able to provide for their families. They wrote of a sense of terror within the community, as people are no longer able to feed their families and are worried about their survival.

In cooperation with a German NGO, Phiren Amenca helped provide food and hygiene packages for 400 families within four municipalities of the country. Elvis notes that while the Montenegrin Red Cross is responsible for national coordination of food and hygiene needs, demand is now so high that the organisation is overwhelmed. 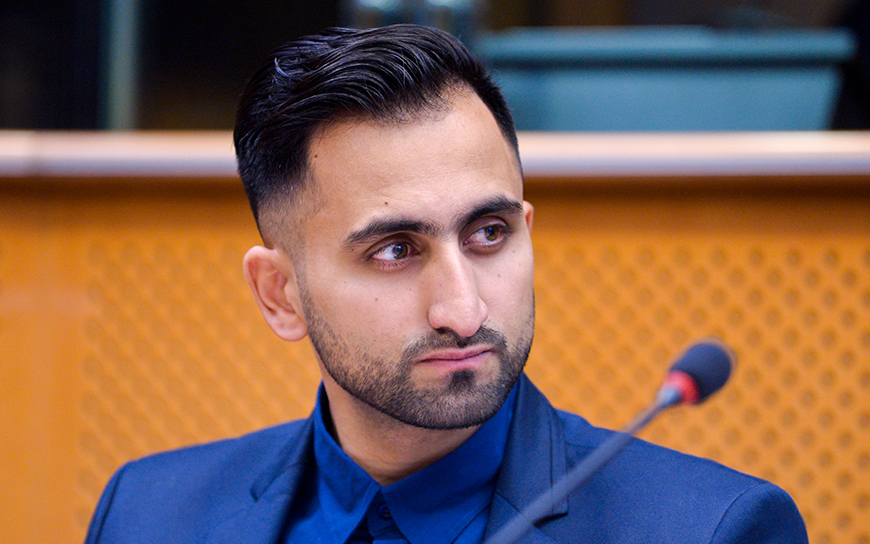 The first cases of Covid-19 in Montenegro were confirmed on 17 March, with the first and to date only case of an infection among Roma identified in a settlement of Balkan Egyptians on 2 April. This settlement, "a ghetto", as Baftijari - who also lives here - calls it, consists of 23 buildings which house 243 families or 1,200 people, all of whom were refugees from Kosovo Their refugee camp was converted into a more permanent settlement in 2005. The authorities took the decision to immediately isolate all 23 buildings, referred to locally as Camp 1 and Camp 2, for 21 days.

During confinement, Baftijari decided that as a journalist he had to document the experience of the infected man, a father of twelve children; his article was reproduced on web portals throughout the country. “I was in contact with the man who was identified as Covid-19 positive and I wrote about his experience of being tested, and how he was treated, and how Roma in general are being treated? during this crisis,” he notes.

He also revealed in a widely-read article on Romanet.me that in Camp 2 50 people had had no access to water for over two years despite ongoing promises from the authorities, and he wrote about the residents’ fear of infection. “My article was very unpopular with the authorities. They did not want to publicly acknowledge this as an issue,” he reveals. Two weeks later, on 30 March, the families were finally connected to the water supply network.

Baftijari also documented his own experiences of being tested for the coronavirus and the overall challenges faced by the Roma community during this epidemic and in general. His article was reposted on web portals throughout the region. 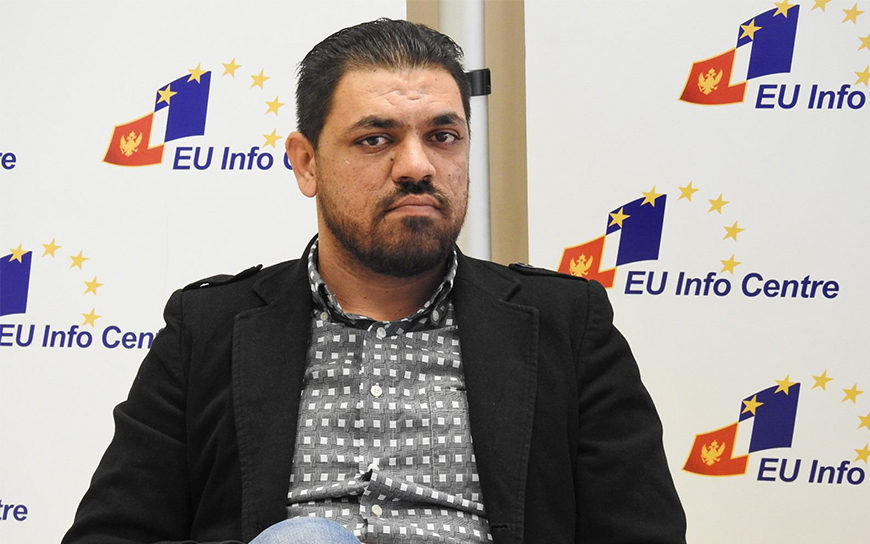 The rise of racism against Roma

Berisha relates that during this crisis the Romanet.me portal has become an important tool for Roma to share their problems and it is increasingly recognised as a place where they can ensure their voice is heard.

The portal has highlighted a number of important issues over the past few weeks. Some Roma are currently employed to assist in the coronavirus screening programme, however they have not been provided with adequate PPE equipment to protect them and their families from infection.

In addition, Berisha is worried at the sharp rise in racism against Roma in recent weeks. He is keeping a list of the many negative comments that have appeared online on high profile media portals, including claims that Roma are spreading the virus and demands that they must be isolated from the rest of society.

“This racism is not just confined to the Internet,” he says. “Many Roma in urban centres feel very vulnerable at the moment. People tell them they should not be there. The stigma towards Roma is getting worse during this crisis.”

To date, there have been no further cases of coronavirus among the Roma and Balkan Egyptian community. At the time of this interview with EED, the one man who was diagnosed with the virus spent three days in hospital and is still in quarantine with other affected individuals. But Baftijari is scared that he will be used as a scapegoat in an atmosphere of increasing aggression, hate speech and overt racism towards Roma people.