Ekvalis is working to engage and mobilise young people in North Macedonia. Two of the organisation's founders, Sanja Mihajlovska and Angel Dimitrievski, describe the organisation's work and relate how they are now adapting to the Covid-19 crisis.

Sanja Mihajlovska and Angel Dimitrievski are two of five founding members of Ekvalis, an organisation working with young people in North Macedonia to encourage more youth activism and volunteerism. Ekvalis seeks to engage with and mobilise young people in this small Western Balkans country to become part of their country’s democratic processes. Its founders are determined to address the apathy of young people in a country that is now experiencing the biggest brain drain in its history as many youths choose to migrate abroad rather than invest time and energy at home. 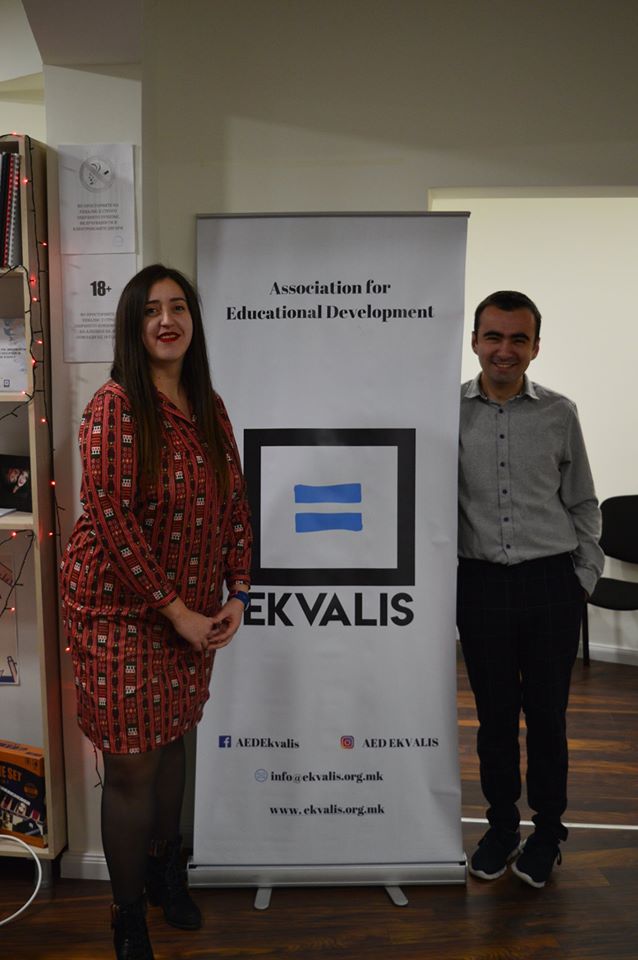 Founded three years ago, Ekvalis is focused on three main activities: encouraging youth activism, gender equality and LGBT and media literacy, and it now has a network of volunteers throughout the country.

Mihajiovska is an educator by training. She previously worked within the formal educational system as a primary school teacher, an experience she found ultimately frustrating. As she explains it, “I realised I was spending most of my time on bureaucracy and administration, constantly doing paperwork and I had little time left to do the things that really mattered to me, like really educating children and having the time to be involved in their lives in a meaningful way.”

“I realised I was spending most of my time on bureaucracy and administration, constantly doing paperwork and I had little time left to do the things that really mattered to me, like really educating children and having the time to be involved in their lives in a meaningful way.”

As someone who has been involved in civil activism most of her life, Mihajiovska had a real desire to give back to society. She and the other co-founders of Ekvalis believe that the traditional education system in North Macedonia is no longer fit for purpose as it does not address the real educational needs of young people. The concept of non-formal education, for instance, which is at the heart of the Ekvalis project, is totally unknown. They wanted to work on topics marginalised by the educational system and to engage with young people at risk, particularly those from lower income groups to provide them with more educational opportunities, including educational mobility opportunities.

The Ekvalis Youth Choir is one of the initiative’s most highly visible projects. This high-school student choir is all about having fun, about allowing young people to interact with each other and with students from different schools and backgrounds, and about providing valuable socialising opportunities for students who may have few such opportunities at home or in their schools. While the choir is managed by a professional choir master, it is not professional. The focus is more on the process of producing the material and the synergies and energy that accompany this process.

The choir also has a social activist objective. It performs in public places to sing socially engaged songs that are noticed by those in power. Recently, the choir sang Pink Floyd’s ‘Another Brick in the Wall’ outside the Ministry of Education, a protest against the country’s much maligned educational system.

Dimitrievski, who has a background in communications, notes that social media is also an important part of what they do. They post events like this performance on their social media, such as Instagram and Facebook, and they are then picked up by the more mainstream media. That way their work gets the attention of government ministers, school directors and parents.

But in this socially conservative country, even singing can be a challenge. Many of the students who took part in this performance were worried about participating. They were not sure if their teachers would let them come. It was the same during the recent environmental protests, where some schools were even locked down to prevent students from taking part. Dimitrievski says that auto-censorship is a big issue for many young people who do not feel free to express themselves as they would wish.

This is an issue particularly relevant to the gender equality and LGBT programmes run by Ekvalis. Dimitrievski explains, “out gender equality programme is peer led; so young people who have already done the programme then lead on it. We cover topics like sexuality, gender, and we always produce something concrete at the end of our programme. Last year, we published a newspaper that was distributed in high schools. This year, our topic is going to be: ‘let’s talk about sex’.” 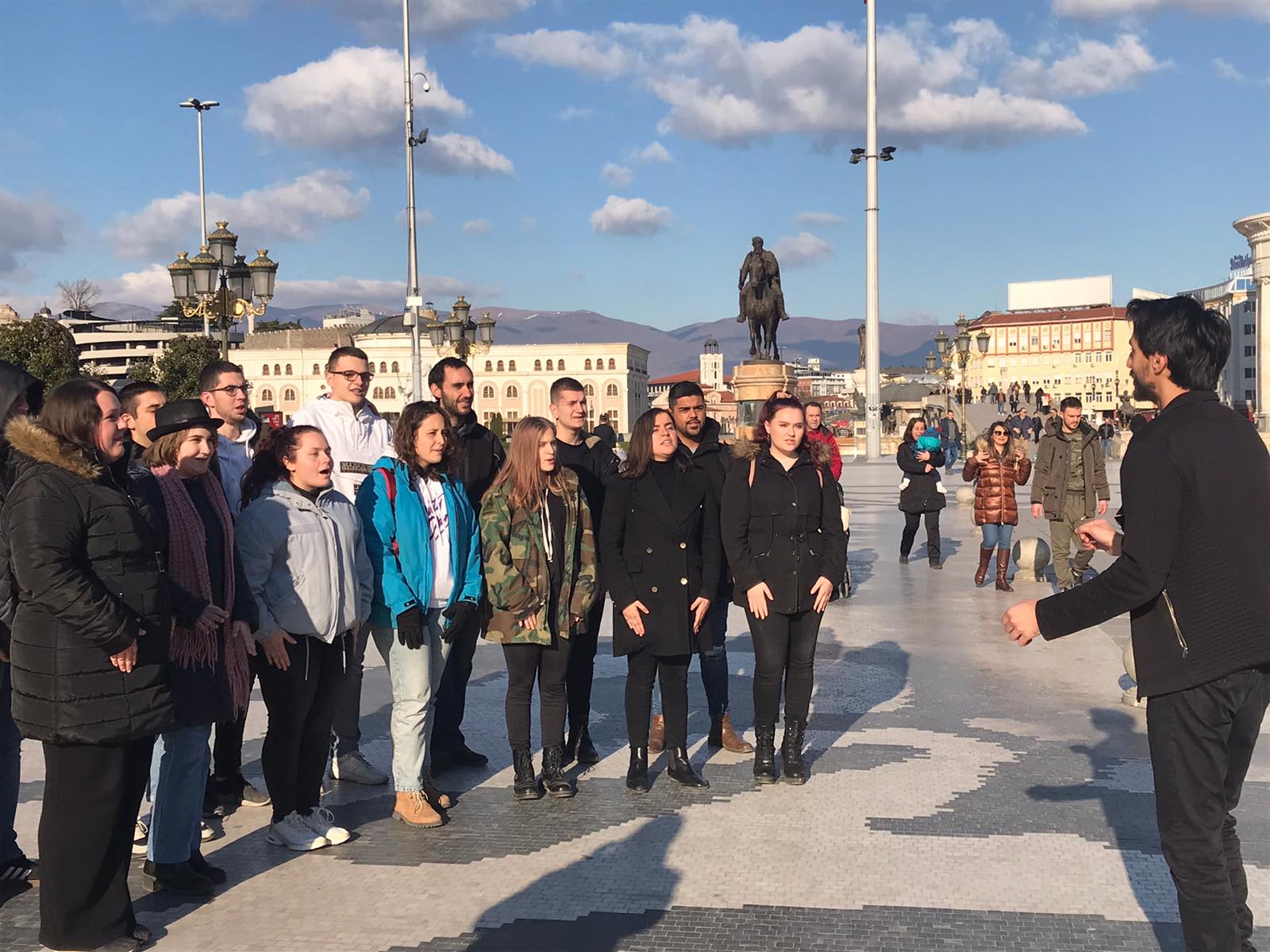 The Macedonian educational system can be a particularly lonely place for LGBT youth. Ekvalis provides a safe place for LGBT-identifying young people to gather and to meet, and for some this is the first time they come out about their sexuality. Some of their tales are chilling. Dimitrievski tells of a young person who was told by a teacher to just jump out a window if he was gay, a story that he and others found difficult to digest.

Until recently, the Ekvalis volunteers had no fixed place to meet and they relied entirely on volunteers for their operations. EED funding has enabled them to rent and equip a new space for their activities and this centre was officially opened last December.

But today, during this Covid-19 crisis, their centre like many other such spaces around the world is closed. Mihajiovska and Dimitrievski are sitting at home as North Macedonia is in lockdown, and they and their group of active volunteers are working out inventive ways of keeping the momentum of their work going.

They have already come up with some great ideas. They are relaying information on the Covid-19 virus via their social media channels. They are posting more informal updates on what to read, what movies to watch, what playlists to listen to. They have a group of volunteers who help parents by reading books to children over the phone, books such as the world-successful ‘Rebel Girls’ about people who achieve great things. 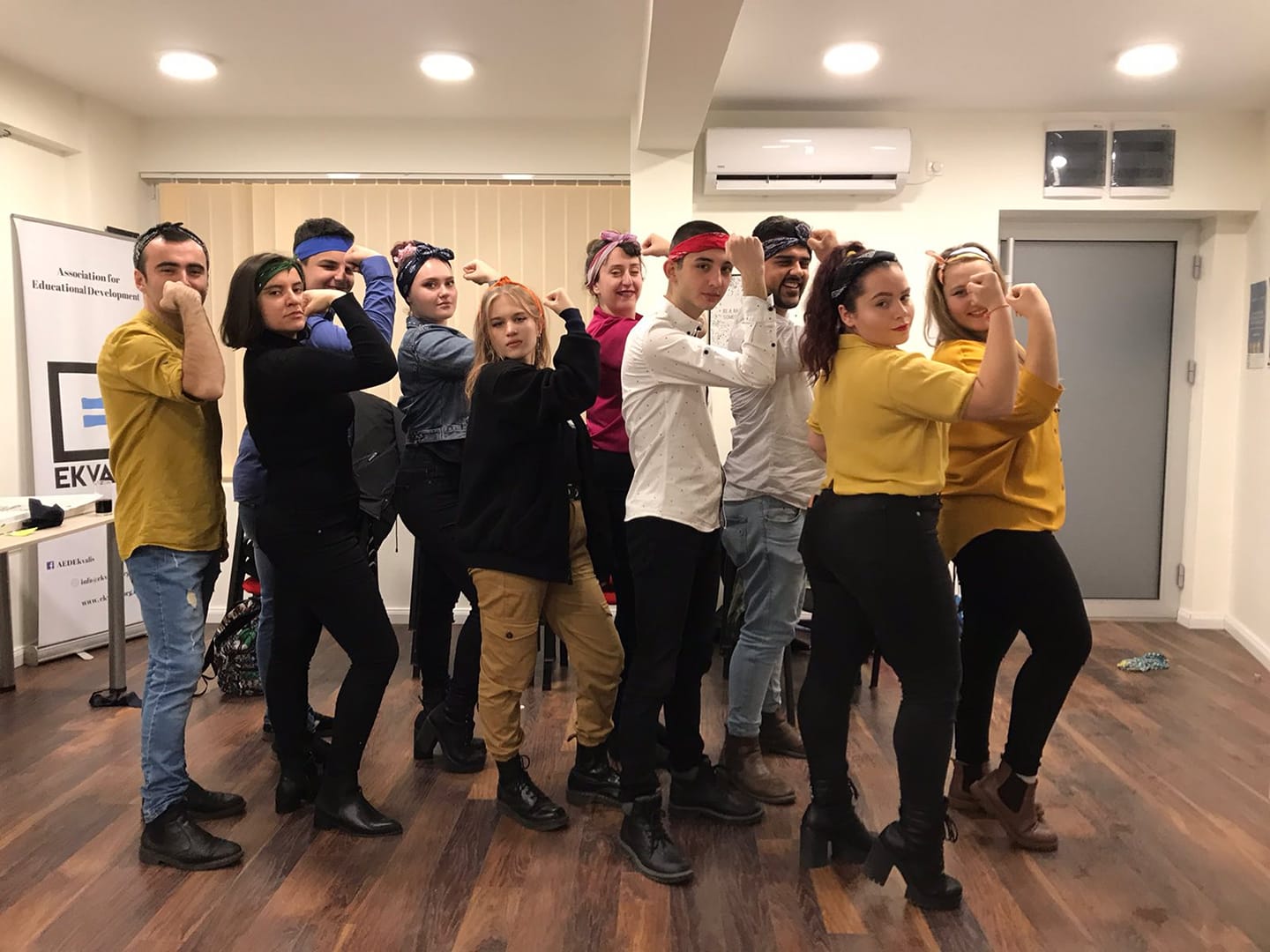 It is perhaps Ekvalis’ media literacy programme that is the most important during the current crisis. 20 young people were due to begin a programme on ‘online activism’ in their centre this March. The programme has now been transferred on-line and participants are meeting via Zoom and other platforms to begin this three-month programme. First on the agenda is reviewing Covid-19 related topics such as how to responsibly read and share news, how to detect what is real information and what is fake news and how to recognise disinformation.

Like all of us, Mihajlovska and Dimitrievski are hopeful that this crisis will be over soon, and they look forward to getting back to their new space and to work directly with the young people who are at the heart of their project. Later this year, they plan to run more media literacy programmes and, as well as educational workshops for young people during summer festivals. And they will continue their task of educating more peer educators and of encouraging more volunteerism among young people.