IPIS: A think-tank that is leading by example, bringing people from all sides together in Moldova to work for a better future 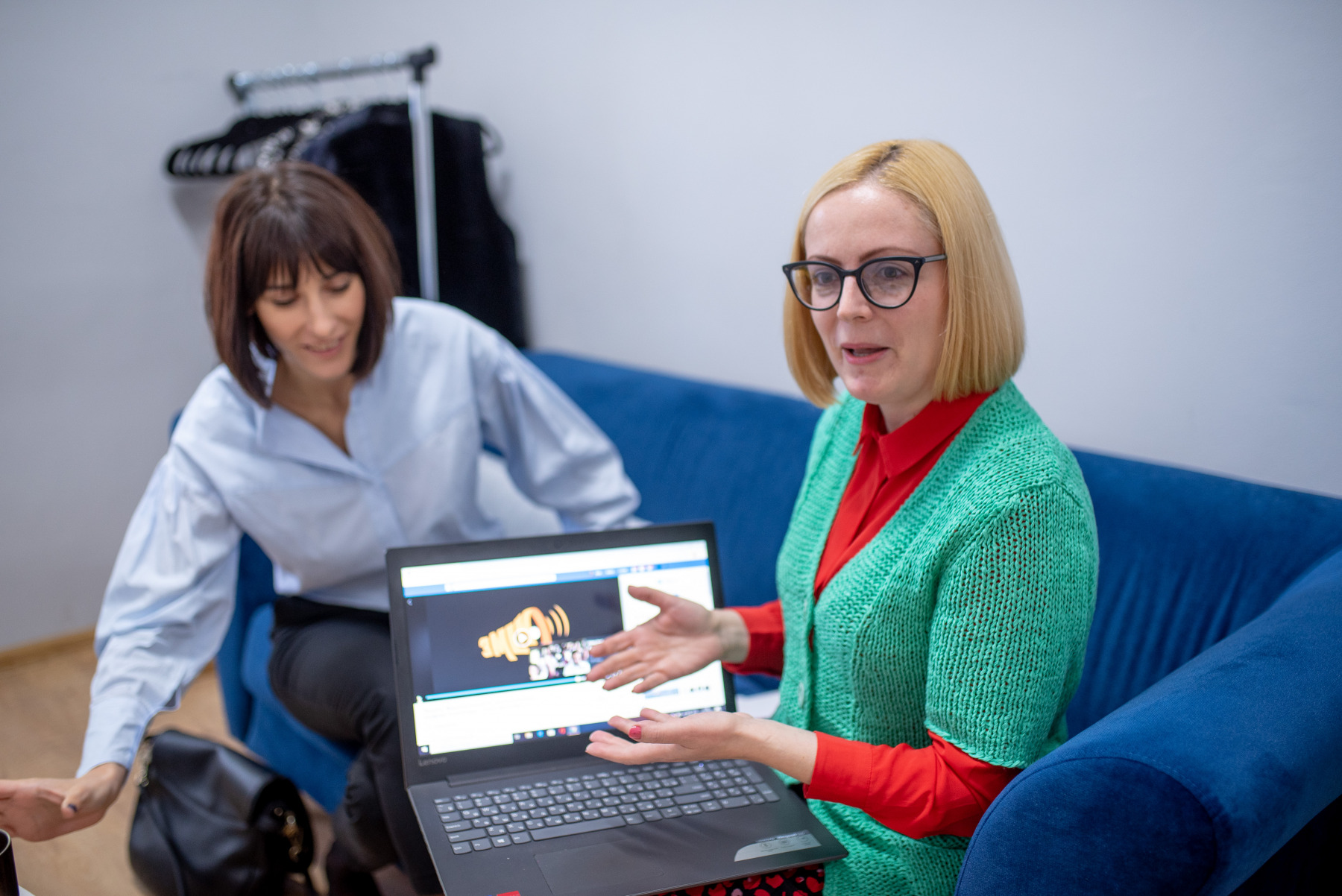 The Moldovan Institute for Strategic Initiatives (IPIS) is housed in a bright airy modern office with block-colour walls on a busy street of elegant but slightly rundown buildings in central Chisinau. As we drink a morning tea and unwrap some local chocolates, Andrei Popov, one of IPIS’s founders, and Maria Levcenco, Coordinator of Media and Communications and designer of this attractive office space, both admit they both barely slept last night. For once, this is not because of political upheavals in Moldova; they blame their teething babies.

They join Ina Shupac, IPIS Executive Director. Another of IPIS’s founders, Vladislav Kulminski, cannot join us today as he is in Minsk in his capacity as Adviser on Foreign Policy and Strategic planning to Maia Sandu’s former government.*

Popov explains that IPIS was created in 2016 when a group of like-minded prominent individuals more used to dissecting and discussing their country’s challenges over coffee, decided to form a new entity that could make a real difference to Moldova. EED gave the think-tank its first seed funding – indeed the chairs we are sitting on today are thanks to this funding.

As Popov describes, “We wanted to create a platform that could bring people together. We wanted to show them that all Moldovans can participate in civic actions regardless of their geopolitical or ethnic backgrounds. All the members of IPIS come from different backgrounds and we have different mother tongues. But we have a common goal: we want to make our country a better place. 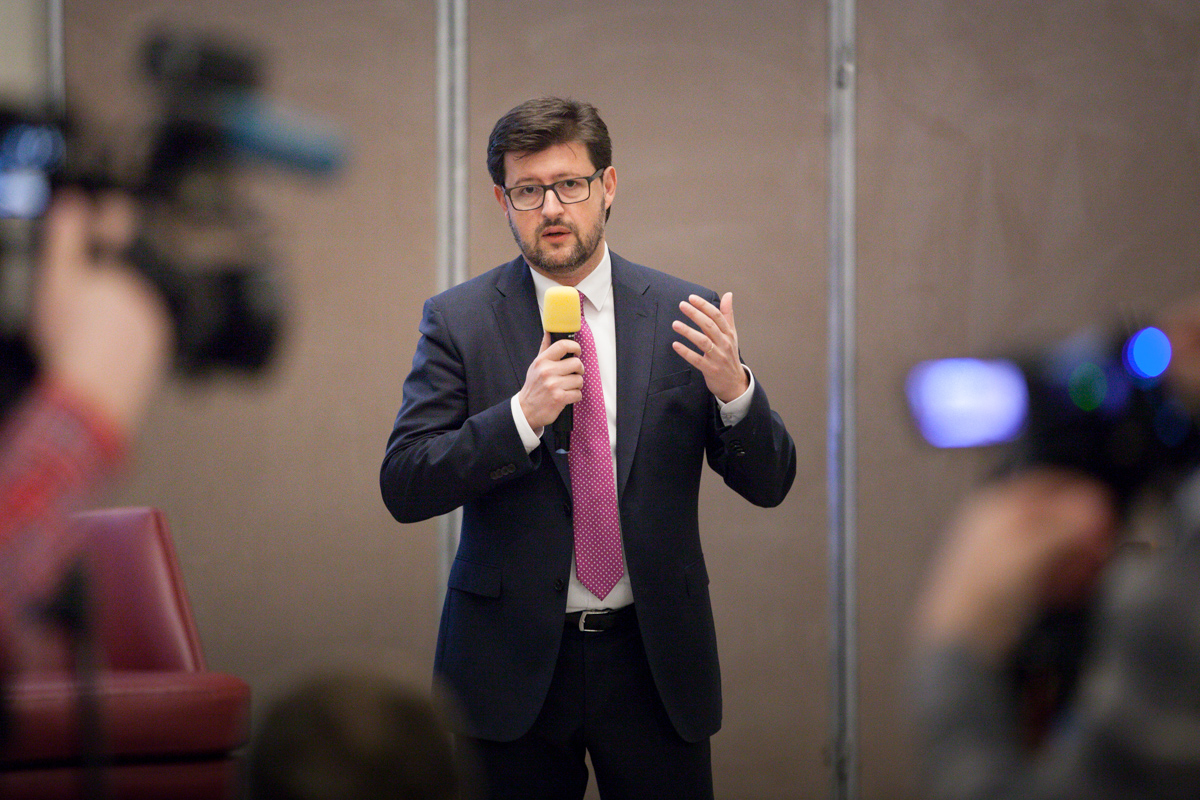 Andrei makes an allusion to oases in a desert when analysing Moldova’s recent political past. “In a desert if one oasis disappears, the caravan can still continue on its road. But if two or more oases dry up, then the caravan can no longer continue. This is how it was in Moldova. Democratic air had become rarer and rarer. They were fewer sources of independent information and less people believed in the possibility for change. They felt there was no point in fighting anymore. You need oases every so often if you are to continue and the Democratic Party under Plahotniuc made sure there were fewer of these and people just got resigned to this situation.”

IPIS began to organise town-hall style meetings that brought people together, often individuals who would not usually be seen on the same stage. Popov tells how on one occasion they organised a talk on the environment with the former Minister for the Environment, a Romanian speaker who supports union with Romania and is vehemently anti-Russian, and a Russian-speaking civic society guru. “When we posted the video online, you should have seen some of the comments: ‘How can they sit together?’ people said! But we were trying to show that it is possible for two people from different geo-political groups to agree on the fundamental issues that concern us all,” he relates.

The signature approach of IPIS is this desire to create a platform to bring people together to engage in proactive civic endeavour irrespective of their language, ethnicity or geopolitical preferences. Most if not all of IPIS’ projects have this underlying theme.

“We show by example. People might have different backgrounds and different native tongues, but they all have one thing in common – the desire to make this country a better place to live. This is common to all: Moldovans, Gagauzians, Romanians, Russians, young and old, urban and rural,” he explains.

We show by example. People might have different backgrounds and different native tongues, but they all have one thing in common – the desire to make this country a better place to live. This is common to all: Moldovans, Gagauzians, Romanians, Russians, young and old, urban and rural.

Commenting on the former coalition government that briefly united the pro-European ACUM bloc with the pro-Russian Socialist Party (PSSRM), Popov notes that this ‘unholy alliance’ brought together people who previously thought they were incompatible. “This government put to rest its geopolitical disagreements. For the first time in the history of Moldova, they joined forces and they had common goals: to destroy the remnants of the former regime, and to reform the country and strengthen its institutions and to reform the judicial system. These are things that unite all people regardless of their ethnic belonging, language and geopolitical backgrounds.” This is the same thinking that was behind IPIS’s formation.

Shupac was still in parliament when IPIS was first formed. She remembers her amazement that people of such different ideologies could come together under one umbrella organisation. She also recalls that there was much negative coverage of IPIS in the government-controlled media.

“IPIS was founded by people who were well known and could speak about the false agenda being pushed by government when the real things that concerned people were their empty fridges, the poor educational system and their lack of money. It was clear it was time to start talking about the real problems in Moldova,” she says.

Today, IPIS continue to be involved in key democratic-based projects. One of their projects promotes the benefits of EU integration in the more remote areas of Moldova populated by ethnic minorities. Another project works with NGO activists in the regions, who rather like IPIS’s founders in 2016 are still meeting for coffee to dissect their country’s problems, and to help them develop at a local level. 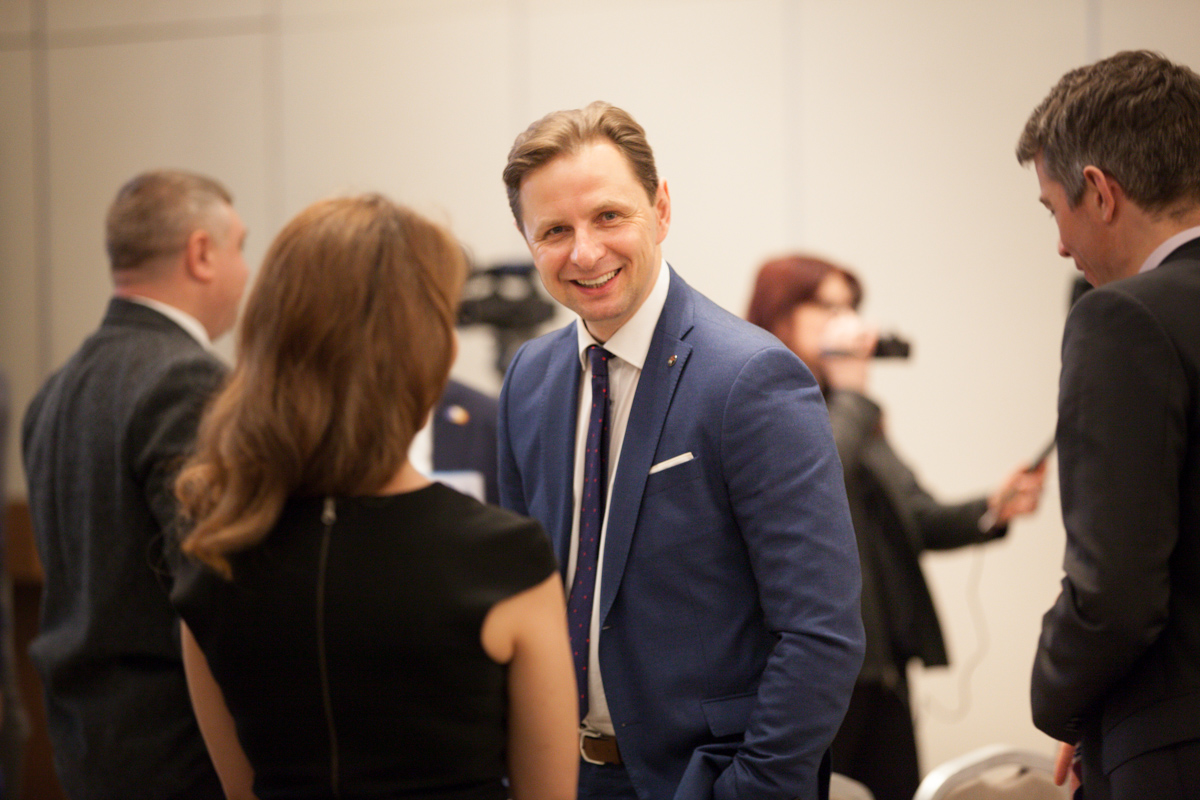 There is also their Academy of Leadership and Diversity project that brings 40 or so young people together each year to learn new skills and to travel the length and breadth of their country, many for the first time. And Levcenco mentions IPIS’s Russian-language ‘3 Million’ television project, where prominent politicians and citizens are invited for televised conversations.

Shupac is clear that IPIS has an important role to play in Moldova today and in the future. “Every government needs a critical mass at local level. We want people to feel part of a democratic system. We need to get their advice and ensure they are part of the decision-making process. We need a a well-developed civil society in local communities and we need to give them ownership and responsibility for democratic development,” she says.

*With the fall of Maia Sandu’s government in November 2019, Vladislav Kulminski is no longer in this role.