Square tables rather than round tables. CPR Moldova: A new kind of NGO 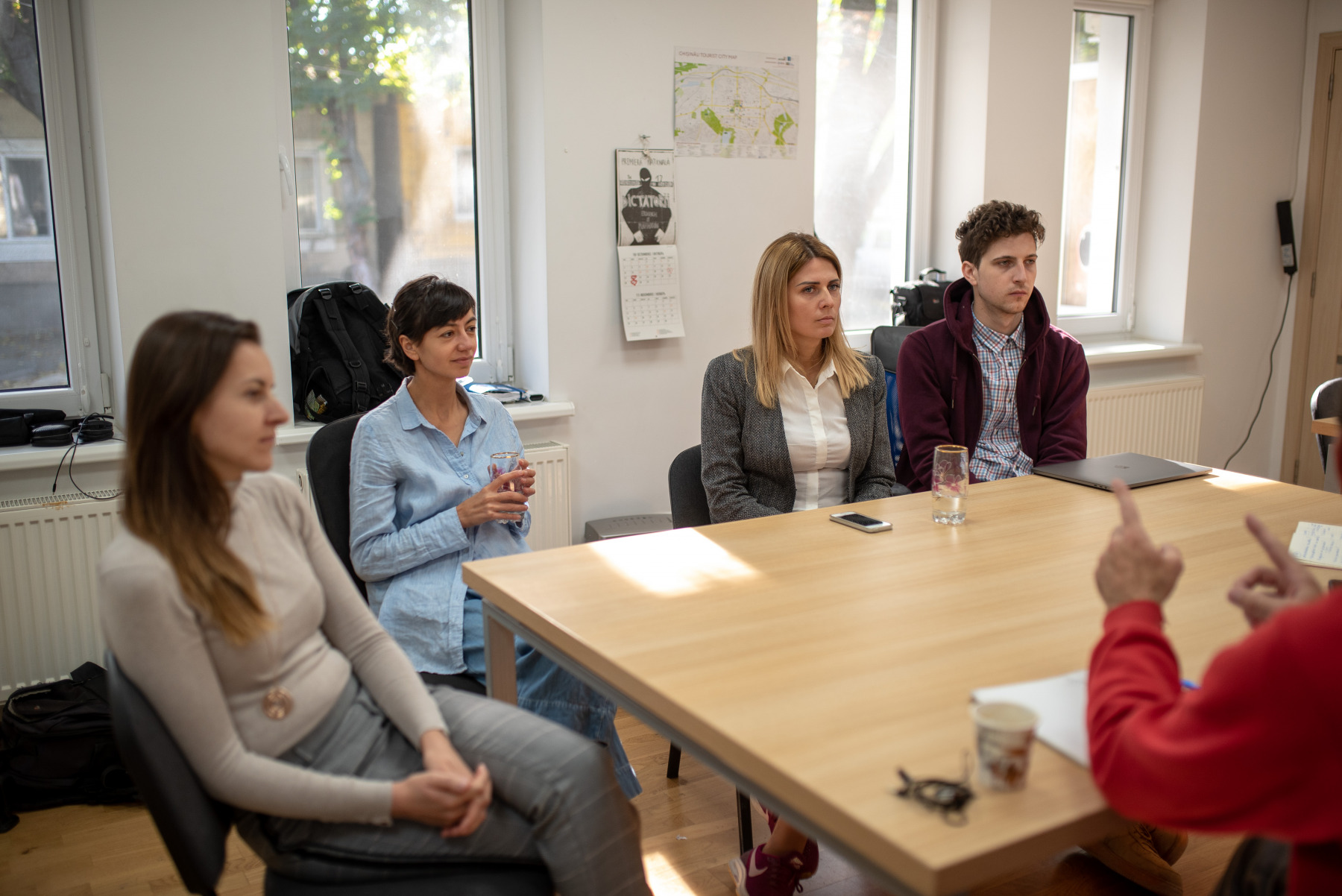 When the Centrul de Politci şi Reforme (CPR Moldova) was first set up, its founders, Dumitru Alaiba, Andrei Lutenco and Stefan Gligor had intended to focus on endemic corruption in the business sector and the creation of a healthy investment climate in Moldova. EED had already agreed to fund these activities.

But then the situation changed, as it very often does in this Europe’s poorest and one of its most corrupt countries.

In 2017, the Democrat-party government under the oligarch Plahotniuc announced an amendment to the electoral law. On Moldovan independence in 1992, the country had adopted a proportional representation system. Now, the government announced this was to be changed to a majority or first-past-the-post system. Later after negotiations with the opposition Socialist Party (PSRM), a mixed system  was then proposed, where half the electoral seats were to be allocated through the proportional representation system and the other half were to come from constituencies where a majority system applied. 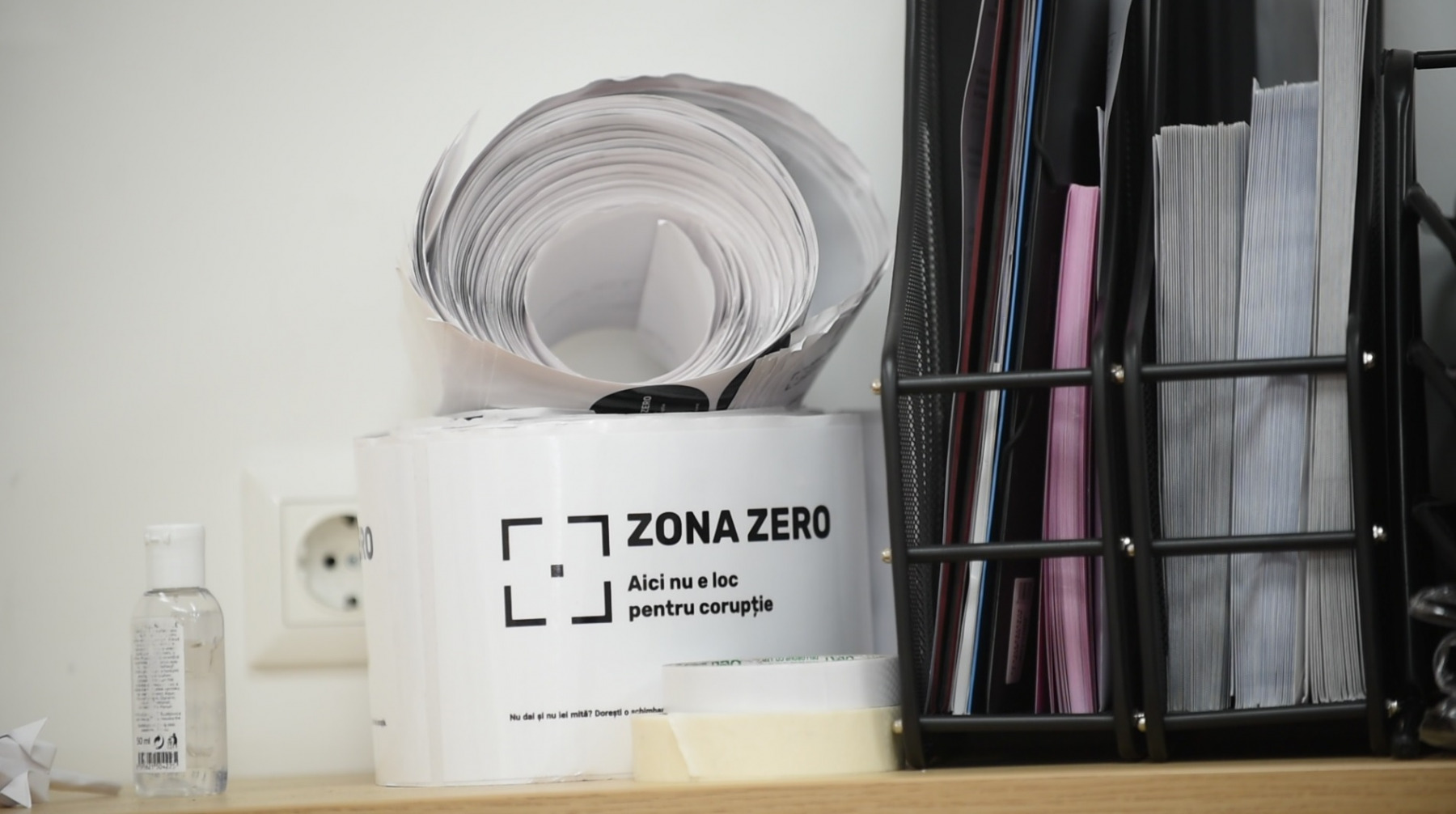 As Lutenco puts it, “It was clear from the beginning that the electoral system was being changed to ensure victory for the Democratic Party. They did everything to make sure they had control of all the mayors and the local authorities. There were lots of rumours of people being blackmailed and receiving threats forcing them to go over to the Democratic side. The entire local apparatus was in their hands and they ran the electoral commissions.”

CPR Moldova’s founders felt they had no choice but to change focus and quickly. They had to fight this abuse of democracy by the ruling government. They are grateful that EED was happy to support this change in their focus.

We meet in their offices, a mere stroll from Chisinau’s city centre, located on a quiet tree-lined road. A bicycle is tied up outside this modern light-filled shared office space decorated with New Yorker cover photos. The team sit around the table nursing their morning coffees and are young and dynamic. They very much see themselves as part of a new type of NGO in Moldova.

“Too many organisations in Moldova are careful and respectful towards the government, no matter what they do. I think if you are doing what we have been doing since the beginning, calling liars liars, you gain the respect of people,” explains Lutenco.

“We wanted to have a different focus from the beginning,” elaborates Elena Varta, CPR’s Executive Director. “NGOs are typically not trusted in our country. That’s why we decided from early on to do things differently. We wanted to work with people to engage with them about the issues that really matter. We say things as they are.”

As Alaiba has put it, “We were like-minded people all with the same goal. We wanted to make a difference and we did everything to make sure the message was heard – we used memes, humour, blogs, graphs, analysis, policy papers, op-eds on local and international platforms, petitions and requests for information, public debates, flash-mobs and even protests. We even sued the government a few times. We wanted to be creative, to be different, and to be seen as different. We did not organize a single ‘roundtable’. All our tables were ‘square’. We did whatever it took to keep the inconvenient subjects in the spotlight and reveal the lies,” he relates.

CPR Moldova cut their teeth on the campaign to fight this change to the electoral law, even seeking organise a referendum against the law.

“We knew that the topic was very complicated. So, our strategy from the beginning was to make it as simple as possible. We compared the mixed system to ‘love’ using video, infographics and comics to communicate about the topic. We went all around the country to speak to people. We would meet them in markets and talk to them and we would do questionnaires with them on the new system. We adopted the martisor – the red and white Moldovan symbol of Spring – as our symbol for the referendum campaign to reverse this decision. We knew the government was monitoring our activities and that they were angry about what we were doing,” elaborates Varta.

Another topic that CPR Moldova tackled with great effect was the government’s efforts to recover the $1 Billion dollars stolen from the National Bank of Moldova’s reserves, a crime that was revealed in 2014.

“The Democratic government said they would put up a panel in Chinisnau’s main square showing how much money had been recovered, but they did nothing. They only started to publish false information due to pressure from us and other organisations. We developed our own online ‘Billion-dollar Panel’ to really inform the public, showing how much money had been retrieved. The pointer would try to make it to one, but it never gets there. It stays at zero. It was all a big lie promoted by the government,” says Lutenco.

More recently, they revealed corruption surrounding the construction of a new sports stadium in the city. Plans for this stadium were pushed through in a record two weeks by the oligarch Plahotniuc who announced this was an important project for the city. The contract was awarded to a Turkish company one week a number of Turkish teachers, involved in anti-Erdogan campaigns, were deported from the country without the usual due process. They still have a drone that transmits information on the building of this arena to the public.

CPR are involved in a wide range of other projects.

One of their most recently launched initiatives is a crowdsourcing platform that gathers information on corruption within the country.

“This is for people to report corruption at a local level. We launched the platform in May and already we have had 80 reports from throughout Moldova. People can write to us anonymously. We create a summary of the information to give a global picture about what corruption in Moldova really looks like and who the most corrupt organisations are. We want to form a volunteer network around the country. We also run tests and quizzes about corruption with funny questions to educate people,” explains Varta.

Elena Druta, CPR’s Project Manager points to a cup sitting on a nearby shelf with the ‘zona-zero’ logo, another CPR project promoting clean business. Businesses or individuals can become members of this project and they are featured on the www.zonazero.md website and display the sticker on their premises.

At the time of our meeting, there is a sense of hope in Moldova with the recent formation of the new pro-European alliance government under Maia Sandu.

Varta describes this period as, “transitional. We are evolving from a disruptive NGO to an organisation that can work with government and with parliament. They are interested in cooperating with us. They come to our events. They listen to our petitions. They want to be helped. They want to know what are the key issues and what are the solutions. But we still need to be critical. We don’t want to get too comfortable as an NGO, even if our friends are now in government. If there is something to criticise, we are going to criticise it.” 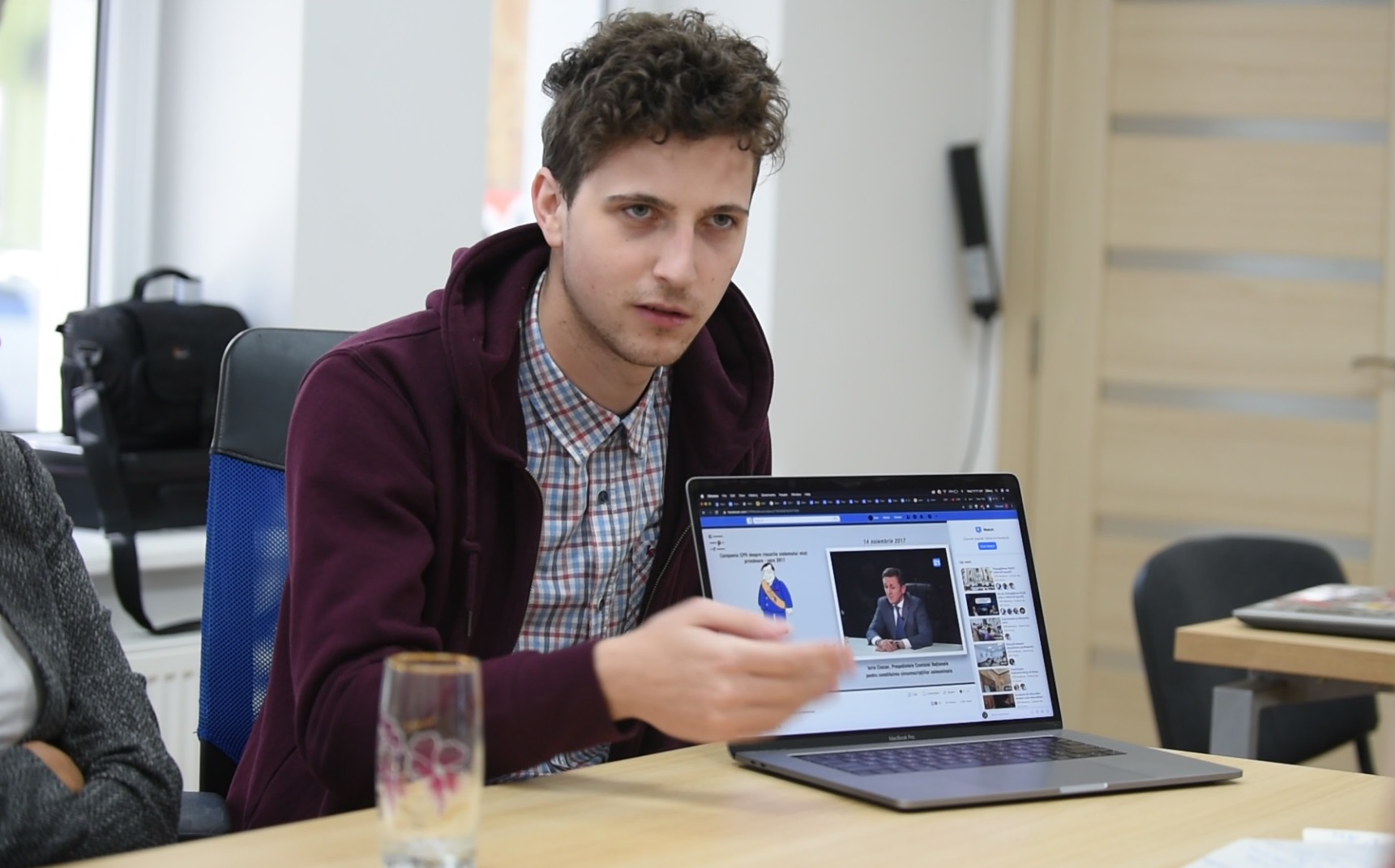 As part of this work, CPR Moldova hosts a web platform called Instigating Democracy, to encourage young people to become active citizens, involved in identifying and solving the problems that concern their communities. They recently organised a School of Democracy attended by 70 activists from throughout the country.

CPR are also engaged in monitoring law reforms as part of their ongoing watchdog function. They run a popular website watch.cpr.md focused on monitoring how laws and reforms are adopted and implemented in Moldova, and the transparency of the process and publishing articles on this process to ensure citizens remained informed and educated.

The recent no-confidence vote in the Sandu government and the withdrawal of the PSRM from the coalition has unleashed yet another political crisis in the country. CPR Moldova’s work becomes even more important than ever today in this new political reality for their country.