Specialists from 27 nations and a number of partners including EED, met in the Czech capital between 15 and 19 May to discuss practices for defending democracy in the face of increasingly hostile disinformation campaigns. 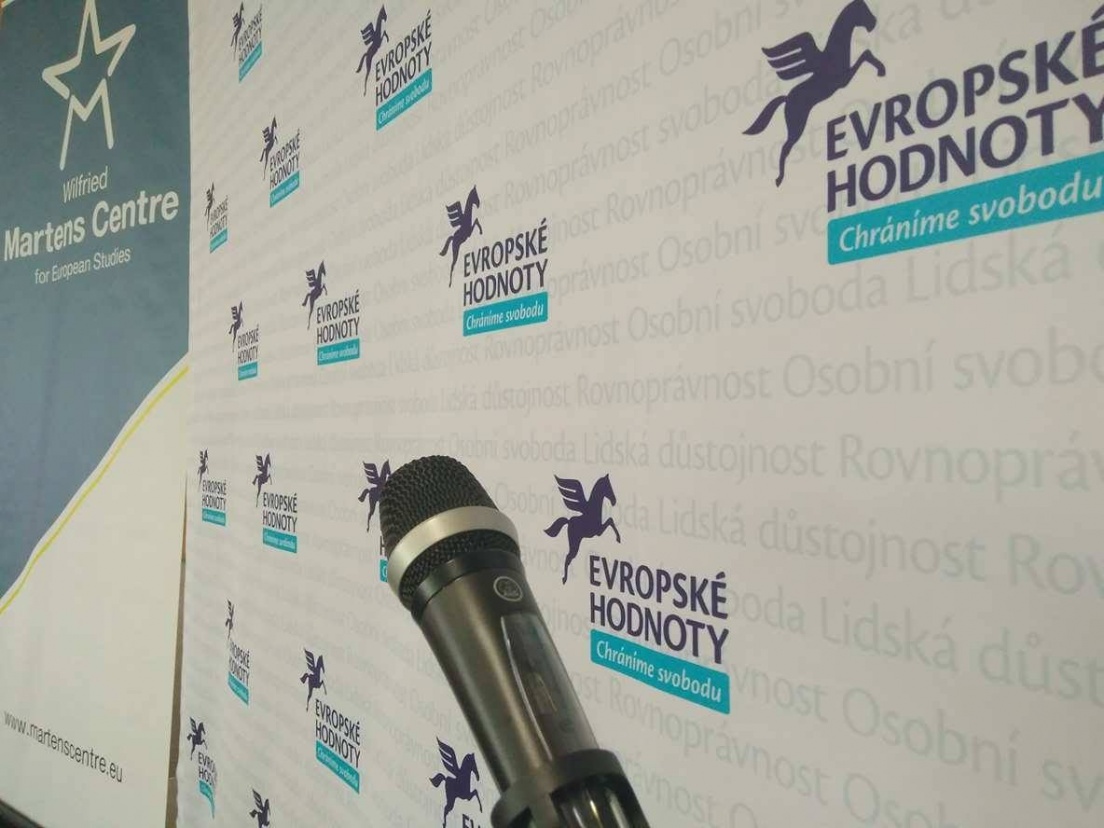 In recent years, NATO countries and their citizens have been under fire from a systematic disinformation campaign by aggressive regimes – mainly the Russian Federation and ISIL. Western democratic countries and international organisations have started to put in place a number of measures to fight back against these hostile influences and defend democracy. The Summit offered a forum for coordination and sharing good practices as key components of the response.

Organised by the European Values Think Tank and the Wilfried Martens Center for European Studies, the StratCom Summit 2017 brought together government officials from 27 nations across the EU and North America, think tanks, NGOs and media practitioners. Prague-based European Values, which runs a monitoring website called Kremlin Watch, is leading efforts to mobilise governments and the wider public to step up the Western response to the growing problem of propaganda, news websites which peddle slanted accounts and outright disinformation be it from Kremlin or ISIL aligned sources.

Freedom of the media is a fundamental marker of our democratic societies and an important aspect of EED’s support in the EU neighbourhood. EED was involved in a session on donor efforts to counter disinformation in both the EU and the EU Eastern Partnership (EaP) and beyond. Participants spoke about the need for greater knowledge of the impact of Russian state-sponsored disinformation in order to develop an adequate response. This means stepping up efforts in polling and market research to compile robust data on Kremlin-supported media consumption habits – who, where and how?

The increase in disinformation has contributed to a decrease of trust in media, which is at an all-time low in the EU and EaP region. In line with key findings of an EED feasibility study “Bringing Plurality and Balance to the Russian Language Media Space”, published in 2015, several speakers underlined the need for investment in local content that reflects local issues of relevance for ordinary citizens.

EED’s Russian language media study had found that Russian-language audiences had been largely abandoned. Since its publication, EED has been coordinating the implementation of the report’s key recommendations, aimed at enhancing independent Russian-language media, through capacity building, support to content production or investment in market research.

The engagement takes place alongside EED’s support to other independent media outlets and actors, including other local language media operating in the EaP and beyond.

“A dual track approach based on support to local language media, be it Ukrainian or Moldovan, as well as Russian-language media is the best way forward,” said EED’s Executive Director, Jerzy Pomianowski.

“This is therefore happening in addition to – and not at the expense of – support to independent media at large. Through such a parallel approach – one which takes account of all independent media regardless of the language they operate in – one can ensure that all audiences are being equally served,” he added.

Pomianowski also highlighted the need for long-term commitment and investment in independent media:

“There are no quick fixes nor quick wins. It takes organic labour to produce sustainable output and thus impact; therefore donors need to stay the course.”