During the Ministerial Meeting of the Community of Democracies in Ulaanbaatar on 29th of April the former Swedish Ambassador to Minsk Stefan Eriksson was awarded with the Mark Palmer Prize to honor his contribution to the cause of democracy and human rights. 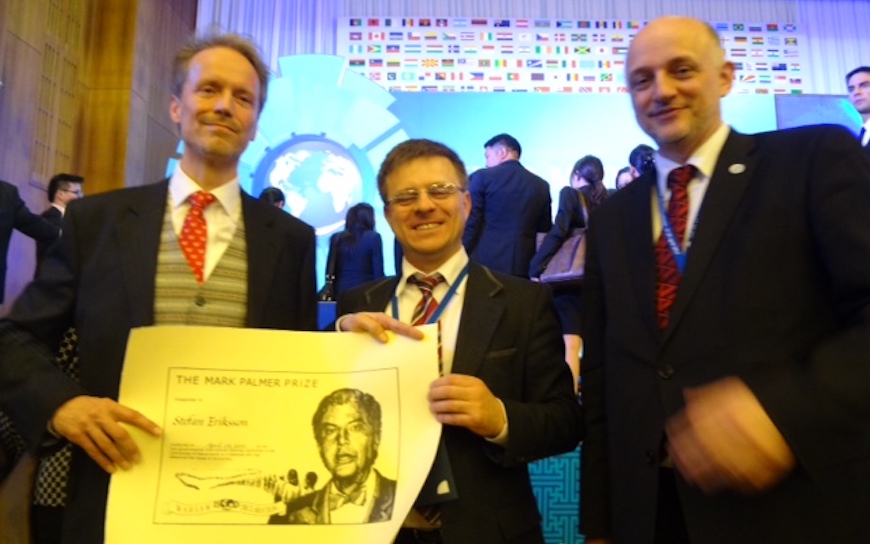 "Ambassador Eriksson made it his mission to engage with marginalized communities fighting for access to civil and political rights and used the knowledge to coordinate assistance projects. He attended trials held against intellectuals such as the president of the Belarusian author’s union and encouraged the community to form networks with activists outside the country. Ambassador Eriksson also showed solidarity with democracy activists protesting the 2010 presidential election and attended the trials of several of the seven presidential candidates arrested after the government’s Brutal crackdown on opposition protestors. As a result of his work with civil society and democracy activists, in 2012, Ambassador Eriksson’s credentials were not renewed by the Belarusian authorities, and he was forced to leave his post."