On 19 June 2019, the EED Board of Governors bade farewell to Elmar Brok MEP, who served as Chair since EED’s formal establishment in 2012. 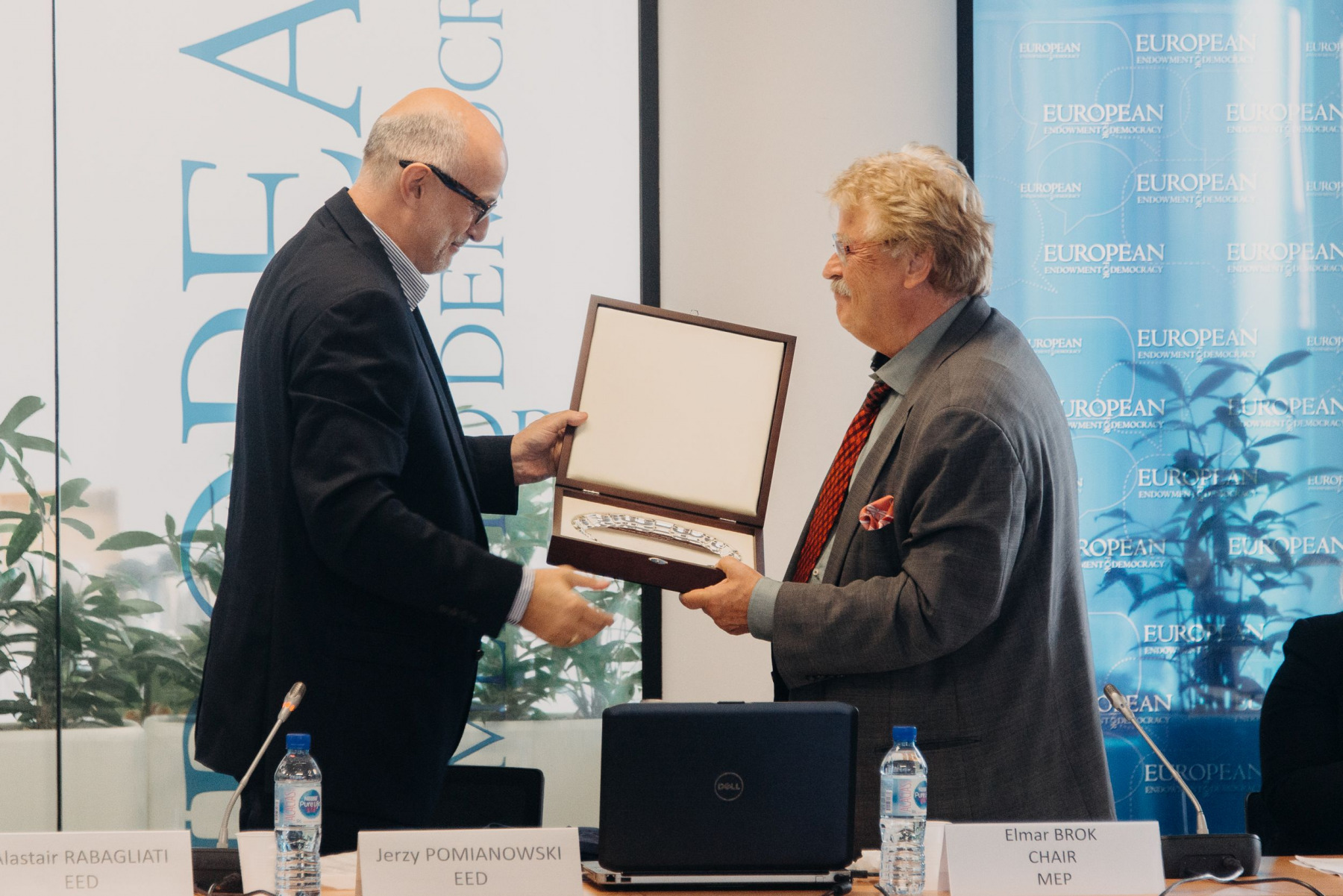 On 19 June 2019, the EED Board of Governors bade farewell to Elmar Brok MEP, who served as Chair since EED’s formal establishment in 2012.

Jerzy Pomianowski, EED Executive Director, made a special presentation of an engraved silver plate to Elmar Brok MEP at the Board of Governors’ meeting held in Brussels thanking him for his service to EED. Brok officially stepped down as Chairman of EED at the June Board of Governors’ meeting after the end his term of office.
In his farewell address to the Board, Brok stated that EED is now an important partner in implementing the European Neighbourhood policy, particularly given the democratic challenges faced by many countries neighbouring the European Union. He noted the role played by the European Parliament in establishing EED, reminding members that the EED Board of Governors provides a unique platform where MEPs meet with representative from member states, other states, European institutions and civil society activists to discuss relevant issues.
Brok noted that he was delighted by the progress made by EED since that first Board meeting in 2012, and that EED has now established itself as an effective and relevant organisation, and an important information resource on developments in the countries where it operates.
Christian Leffler of EEAS will serve as interim Chair until a new Chair of the Board of Governors is chosen at the next EED Board meeting in December.

Leffler thanked Brok for his contribution to EED over the past six years, stating that Brok with his long service as an MEP has served as a beacon of support to the principles of democracy throughout his career. He stated as Chair of EED, Brok has been crucial in establishing EED as an independent grant-making organisation fostering democracy in the Eastern Neighbourhood, the Western Balkans, and beyond.

Board of Governors members also thanked Brok for his years of service to EED, and reiterated their support to EED noting the value of EED’s work supporting civil society organisations, pro-democracy movements, civil and political activists and independent media in the region.