Speaking Up for Marginalised Refugees in Jordan

A group of journalists and aid workers in Jordan is helping improve the lives of Sudanese and other vulnerable refugees in Jordan. 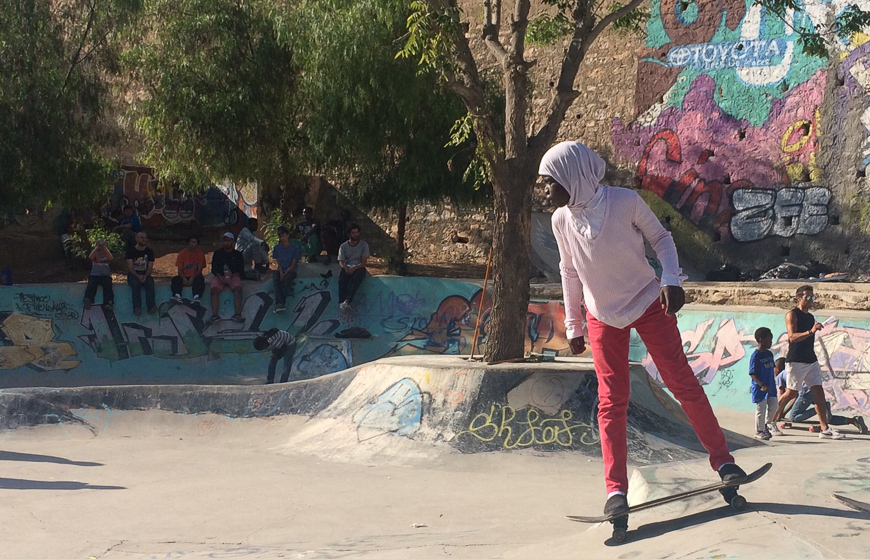 In late 2015, Dina Baslan, a Jordanian humanitarian worker and researcher on migration, learnt about a demonstration in front of the UN refugee agency (UNHCR) in Amman by refugees from Sudan. This relatively small group of refugees, who were socially excluded and often subject to racial discrimination, were calling for an improvement in their conditions and equal treatment to other refugee groups.

“Myself and other Jordanians thought, this is time for citizens to act,” says Dina, who began bringing them food and blankets, particularly for the children camped out in the cold November.

At the same time, Aaron Williams, an American journalist and long-time Middle East resident, found himself reporting on these events for the international media.

Jordan is a country that knows more than most about refugees. In addition to the two million registered Palestinian refugees, most of whom have full citizenship, well over half a million Syrians have sought asylum there. According to UNHCR the country has the second highest share of refugees compared to its population in the world at 89 per 1,000 inhabitants.

It was therefore particularly shocking to Aaron that the conclusion to these events was the deportation of some 800 registered Sudanese refugees to Khartoum, where the government has long been at war with their native Darfur region.

What he found all the more disturbing about the deportations was that they were largely ignored by the international community. Despite his reports, including follow-up stories on the plight of the refugees once back in Sudan, there was little public outcry and few official statements condemning the action from international organisations and NGOs.

Unable to prevent the deportations, Dina and Aaron’s attention turned to the remaining Sudanese refugees. “In the post-deportation phase, personally as a Jordanian I felt we needed to take ownership in bringing different parts of Jordanian society to work with the international community to find a solution,” says Dina.

Realising that if they didn’t act, no-one would, Aaron, Dina and some other like-minded local and international aid workers who had met during these events, put together a community action group to support the Sudanese community. Through home visits they were able to identify and assess the needs of vulnerable refugees, create referral partnerships and advocate on their behalf.

Their lobbying efforts paid off. They are now part of an informal coordination group of international NGOs advocating for Sudanese and other communities, and have been invited to present at UNHCR’s protection working group where issues that pertain to these communities were raised.

And whereas previously the focus had been largely on Syrian refugees, there has been a shift in interest from international donors such as the EU towards the plight of Sudanese, Somali and Yemeni refugees, with some now requiring project proposals also consider these refugees’ needs as part of grant applications.

From action group to NGO

After three years of working pro bono in what fast became a full-time occupation, Aaron and Dina registered Sawiyan (which means “to come together as equals” in Arabic) as an official non-profit in February 2018. Seed funding from EED was awarded propitiously on the same day as the Sawiyan website launched, providing vital funds for establishing the organisation.

Aaron says it’s hard to overstate the importance of EED’s model of fast processing of applications for new grassroots initiatives like Sawiyan: “There are a lot of great grants out there, but the process puts great people and great organisations and ideas off – they take too long and people can’t afford to wait.”

There have been bumps along the road – bureaucratic obstacles to registering office space as well as anti-terrorism measures that make it harder for non-profit organisations to open local bank accounts. But the successes, when they come, more than make up for the setbacks.

Dina tells of one Sudanese family with a three-year old boy whose life was in danger due to a medical error that had affected his intestine and who had undergone three unsuccessful surgeries in Jordan. Sawiyan and its volunteers stood by the family during those desperate times and a strong bond blossomed between them. The family was eventually resettled in London in summer 2017.

"Last year I visited the family and I cannot put it into words what it meant to walk in the streets of London with them after their hardships in Darfur and then in Jordan. It’s like a dream come true", says Dina.

Sawiyan is now very much up and running and its projects are receiving increasing donor interest. Advocacy continues to be a strong component of Sawiyan’s work and it also works closely with other organisations to provide emergency assistance and other services to those in need. Sawiyan’s own projects cover education and professional skills development, community building and anti-discrimination awareness raising.

However, they are wary of growing too big too fast, wanting to maintain the close personal contact with the individual families, which they see as a defining feature of Sawiyan.

In addition to its small core staff, Sawiyan works with around thirty volunteers, carefully screened for their ability to connect at a human level with people of different cultures.

A community through skateboarding

Building a sense of community is an important element of Sawiyan’s work, and includes engaging the local community, both as volunteers and as beneficiaries of its projects. One successful initiative is the skateboarding programme, in collaboration with 7 Hills Skate park, where Jordanian volunteers are involved in teaching young Sudanese refugees but also disadvantaged Jordanians how to skateboard.

As well as providing some much-needed fun, the activity is a way of breaking down barriers between the different communities and promoting integration.

Looking to the future, Aaron says they have many ideas for new projects but would need more capacity. In the meantime, there is plenty to be done consolidating the existing work: “Our main goal for now is to keep our head above water for the next two years and create better internal policies, better monitoring and evaluation, better projects and partnerships.”