"A balanced world is a better world." As International Women’s Day is marked around the globe, we look at EED’s contribution to advancing gender equality in democracy. 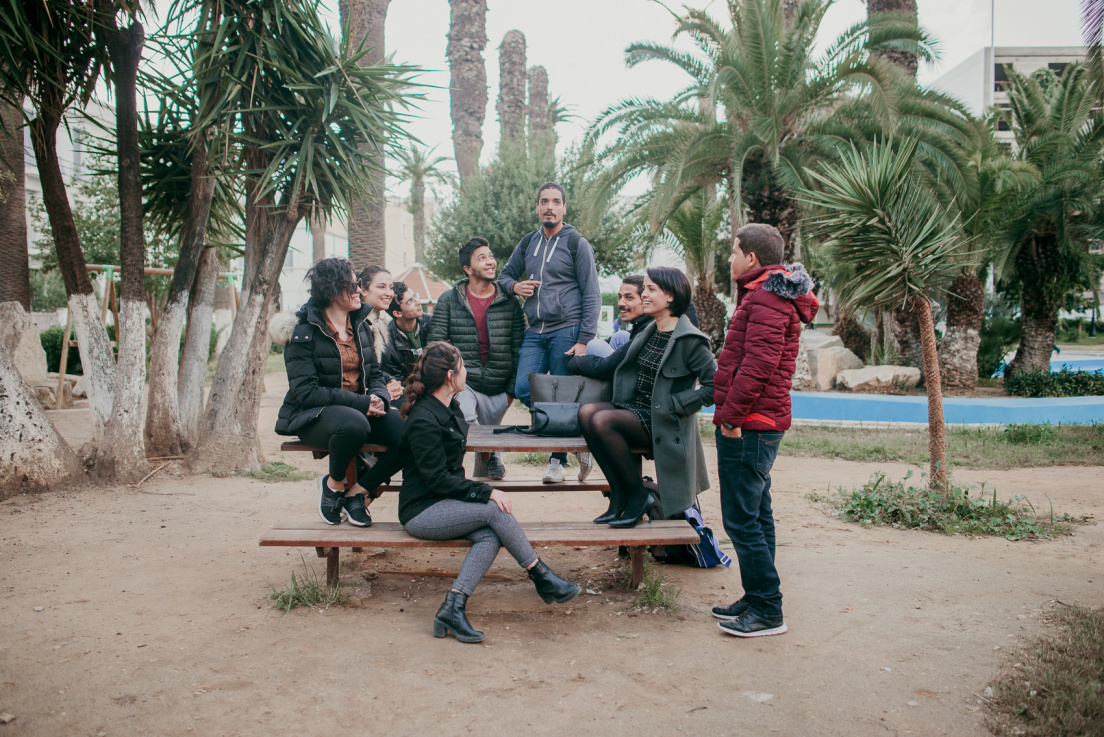 This year's theme is #BalanceforBetter. EED is strongly committed to developing gender equality in democracy building, and supports a large number of organisations that address women’s issues. EED funds female leaders, activists, and organisations to advance political participation of women, empower women in democratic decision-making, tackle discrimination, and raise awareness of issues such as exploitation and violence against women.

Around a quarter of all EED-funded initiatives include a specific component related to gender. Women's Rights House, a start-up grassroots group working on women’s rights in Gyumri, Armenia, aiming at building an inclusive Armenian society with a permanent place for women in political processes and Youth Can, a dynamic Tunisian youth organisation working on political engagement of young people and women, reaching out to the most marginalised areas of Tunisia are just some of the examples of organisations focusing on the participation of women in the democratic process EED awarded grants to in 2018.

It has been also increasingly recognised that men are important partners in achieving equality for women. Read about two EED-supported initiatives that involve men pushing for women’s rights in our feature.

In Morocco, gallery director and psychoanalyst Hakima Lebbar has produced a book, touring exhibition and series of debates engaging men in the fight for equal inheritance rights for women. “I’ve been an activist all my life”, says Hakima Lebbar. She first became interested in human rights and equality while still at high school, later becoming involved in various civil society organisations and co-founding the anti-corruption NGO Transparency Morocco.

A practicing psychoanalyst since 1989, she now also runs an art gallery in Rabat. At first glance these might all seem like very different domains, but Lebbar sees a connection between them: “I use my expertise in psychology and my ability to mobilise artists to push for social change.”

Lebbar has recently published her third book about issues affecting Moroccan society. Published with EED support, it is an anthology of writings by men – ranging from academics and theologians to poets, musicians and journalists – on the subject of equality in inheritance rights. In Morocco, a narrow interpretation of Islamic teachings means that women are severely disadvantaged when it comes to inheritance, receiving only half the amount of male heirs. With religion deeply embedded in Moroccan society, the first step towards equality is creating a national conversation. And since men are advantaged in inheritance matters, who better to advocate for improving equality in inheritance rights than men themselves?

An award-winning Syrian journalist and playwright is helping women across Syria access independent and impartial information with a magazine and website. The war in Syria has changed people’s lives in catastrophic and fundamental ways. This is particularly true of women, who often find themselves in new roles, their husbands gone – either killed in the war, imprisoned, seeking refuge abroad, or hiding from recruiting militias or the army. These women want to know what’s happening around them and to make their voices heard.

Mouhamad Mallak, a journalist and award-winning scriptwriter and playwright from the city of Swaida, fled to Turkey after participating in the revolution against the Assad regime. There, he set up two magazines, and trained over a thousand citizen journalists, hundreds of them women.

One of the magazines, of which he is now the Berlin-based editor-in-chief, is the publication of a larger organisation focused on women’s development, Saiedet Souria. Mainly staffed by women, Saiedet Souria aims to give the Syrian women an independent platform to spread awareness of women’s rights, to share their stories and stay informed. With a network of offices across Syria, it makes particular effort to reach marginalised women and children in the most isolated communities, and has recently set up a centre in Raqqa, now liberated from ISIS.

It may seem surprising that a man is in charge of setting up a publication for women, but Mallak is quick to point out that his interest in the plight of women is not something new. The first TV series he wrote, long before the outbreak of war, looked at the situation of women working in the Middle East, warning of the deterioration of their conditions and their exploitation at work. “It’s important that men get involved in spreading knowledge about women’s rights,” says Mallak.

These initiatives are just a snapshot of our partners' work - and some of the many ways in which courageous activists across the European Neighbourhood and beyond take action for equality.