On 19-21 June EED joined nearly 2,000 experts from over 100 countries at the World Conference Center in Bonn for the Global Media Forum (GMF) coordinated by Germany’s international broadcaster Deutsche Welle. 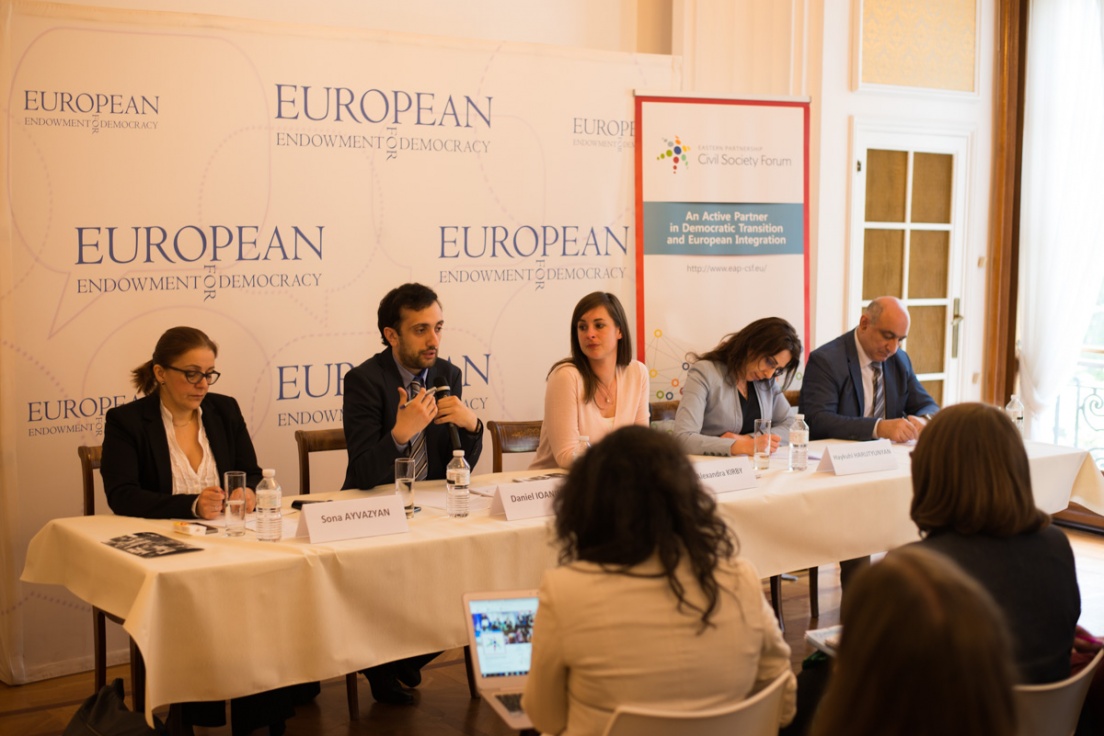 The participants discussed the state of international politics and media development, human rights and sustainability as well as innovative journalism. Under the banner of “Identity and Diversity,” the 10th annual GMF brought media professionals together with players from the political, culture, business, development aid and research arenas.

The majority of participants came from countries in which freedom of speech and press freedom are limited, sometimes to a large extent and including harassment against those who attempt to uphold those fundamental rights.

As part of the Forum, EED held a workshop on unconventional tools for democracy support. Three EED-supported grassroots activists shared their experiences of how they use the limited space that exists for promoting democracy in creative ways such as political art, culture and satire and innovative media outlets.

Karam Nachar, Al-Jumhuriya Collective Executive Director from Syria, noted that beneath the surface of war, there is resilience, initiative, and complexities. The media outlet helmed by Nachar publishes one story a day on themes ranging from economy to culture to push back against international discourse of war.

The founder of Oameni Si Kilometri, a nascent media organisation that serves as a channel for citizens to raise their concerns, Polina Cupcea spoke about the role of her organisation in Moldova. She explained that in addition to telling the stories of marginalised people, her organisation also acts as a watchdog of governmental policies.

“We started as bloggers from a cellar in Berlin. Within months, we realised that to have an impact we needed to professionalise. We decided to strictly separate journalism from activism, always presenting a balanced view.” Milli underscored that building trust with the audience is the key pillar of his organisation.

After a lively debate, participants concluded that it is often the conventional tools such as compelling storytelling and great writing that are most powerful.

EED Executive Director Jerzy Pomianowski also addressed the Forum during a panel dedicated to growth of populism. Speaking about the nature of populism, Pomianowski said that populism in this negative sense is “gambling with society”. He also reiterated EED's unwavering commitment towards those who keep fighting for democracy, often in the most difficult of circumstances:

“We know that people are ready to suffer, to go to prison, to die for democracy.We are not here to preach or teach those struggling under authoritarian regimes, but to help them”.