On 5 July, EED participated as a supporting partner in a high-level conference on Ukraine organised by leading UK think tank, Chatham House, and the UK’s Foreign and Commonwealth Office (FCO). 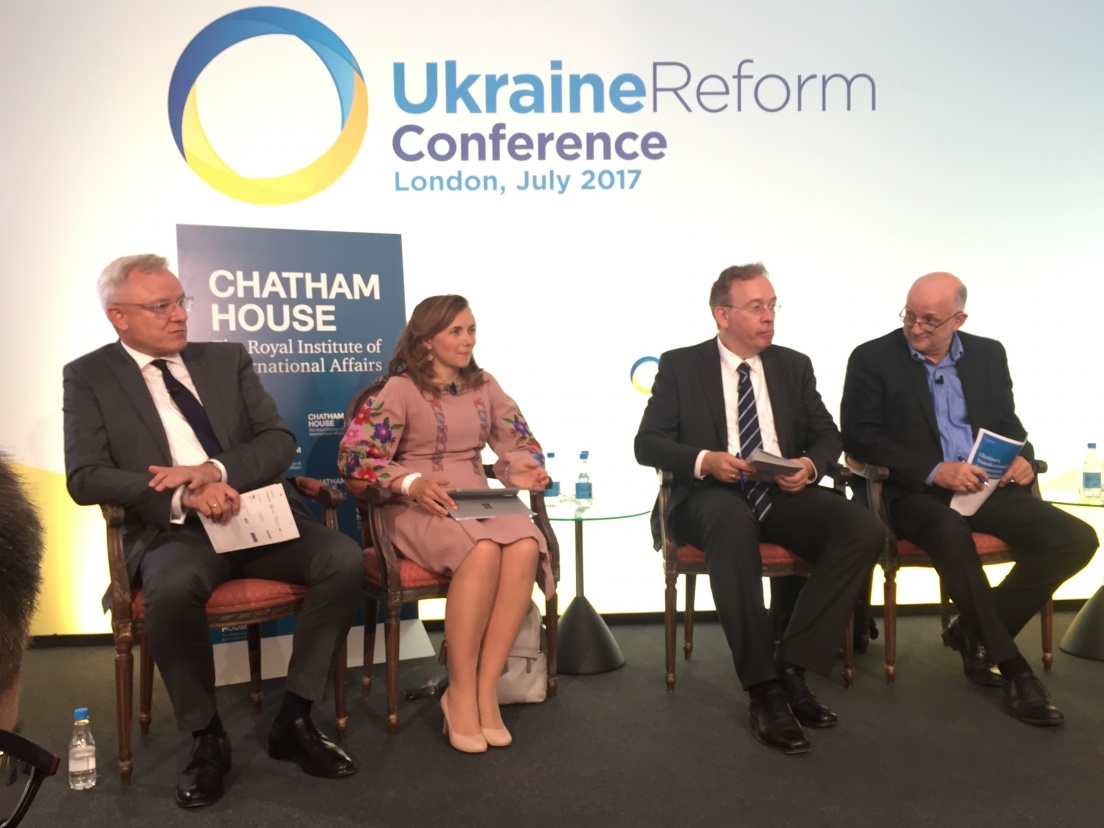 Ukraine is at a critical juncture. A challenging internal reform agenda, a deteriorating economic and social situation, and the war in its eastern regions make the country more vulnerable than at any time in recent memory.

With coverage of Ukraine largely absent from the Western media, the Chatham House event provided an opportunity for an open discussion about Ukraine’s successes and its failures. Topics covered included: Does Ukraine matter for European security? What are the domestic political impediments to change? How can economic growth be kick-started?

Speaking during a session on “Ownership of reform: who leads? Can non-state actors influence reforms?” EED Executive Director, Jerzy Pomianowski, paid tribute to the strength of Ukrainian civil society and called for greater support to help sustain its capacity.

“Civil society is strong but the state institutions are not. We need to invest in mechanisms that will allow civil society organisations to remain independent. How long can the reform drive rely only on civil society?”

“My purpose here is not to dissect reform progress, but rather to amplify the voices of our partners – grassroots civil society and activists," he said. “We can see that Ukraine’s best natural resource is its people – human capital. But as with any resource, what matters is how you harness its potential."

The wave of reforms in Ukraine since 2014 have been the most far reaching and deepest since its independence. However, there is still a long way to go and Ukrainian Government commitment and continued international support will be crucial.

Pomianowski talked about the important work that EED is undertaking to support independent media in Ukraine and elsewhere.

“We need to pay more attention to bringing foreign investors into the media market in Ukraine,” he said. “How can the state win the trust of the people if 70% of the media market is controlled by oligarchs? It will take a long time to reach the hearts and minds of people without an independent broadcaster to reach out to them.”

The Chatham House event took place the day before a major joint UK-Ukraine intergovernmental Ukraine reform conference, which brought together Ukraine's international partners to launch its Reform Action Plan 2017-20 in front of the international community to strengthen support for reform.

The Chatham House Ukraine Forum is a unique platform for debate and analysis. Launched in 2015 in response to the challenges with transformation in Ukraine and subsequent Western engagement, the Forum provides insight for European audiences on internal Ukrainian dynamics in key policy areas, offering diverse perspectives from civil society, government and the private sector.