Over a hundred people demonstrated outside Kharkiv Regional Council today in a show of support for Dmytro Bulakh, head of EED-supported Kharkiv Anti-Corruption Centre (KAC) who was severely beaten yesterday on his way to work. 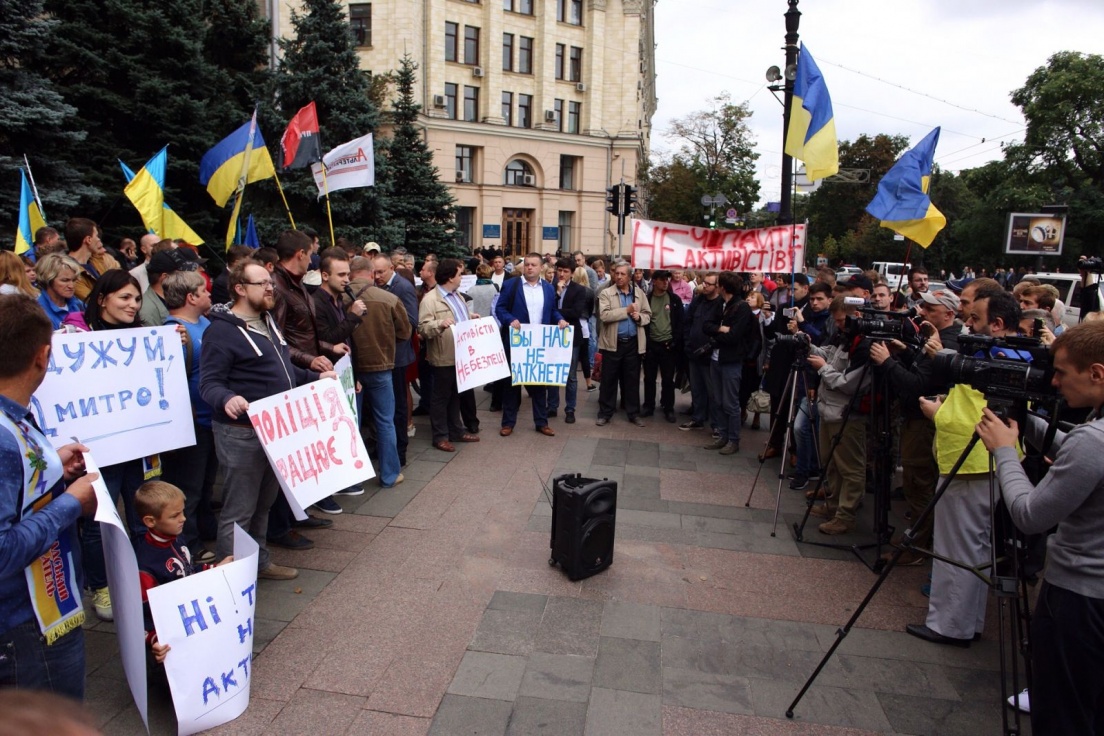 Bulakh was attacked in broad daylight on the back of the head with a blunt object and kicked multiple times by two unidentified men. He is now recovering in hospital with concussion, a jaw injury and broken ribs.

Bulakh is a deputy of Kharkiv Regional Council and head of the EED-backed Anti-Corruption Centre (KAC), which exposes corrupt practices and the notorious abuse of public finances in Kharkiv. As none of his valuables or belongings were taken during the attack, the incident is believed to be politically motivated. His colleagues report that Bulakh was due to make a number of revealing statements at a session of the Kharkiv Regional Council the following day.

The incident has caused outrage amongst civil society and gained much publicity across Ukraine, and is seen by many as an illustration of the increasingly hostile environment facing anti-corruption activists, journalists and reform officials in Ukraine.

(See recent article in the Economist: "Ukraine’s reform activists are under attack" )

Three years after the Euromaidan, today’s protest in Kharkiv is a timely reminder that the struggle to hold the government accountable persists, as does the growing threat of ‘counter-revolution’, which started with the obligation of anti-corruption NGOs to declare their personal assets and is now developing into violence on the ground.

EED grantees Alternativa and Civil Control Dnipro expressed solidarity with Bulakh and KAC, and, alongside other leading activists against corruption, called for the government to promptly investigate and punish those who are guilty.

EED wishes Dmytro Bulakh a swift recovery and hopes that investigations will be fast and justice will be served.