Event Report - An example of resilience: civil society and independent media in Iraq

The European Endowment for Democracy and International Media support co-hosted an event on civil society and independent media in Iraq on 21 November 2022. 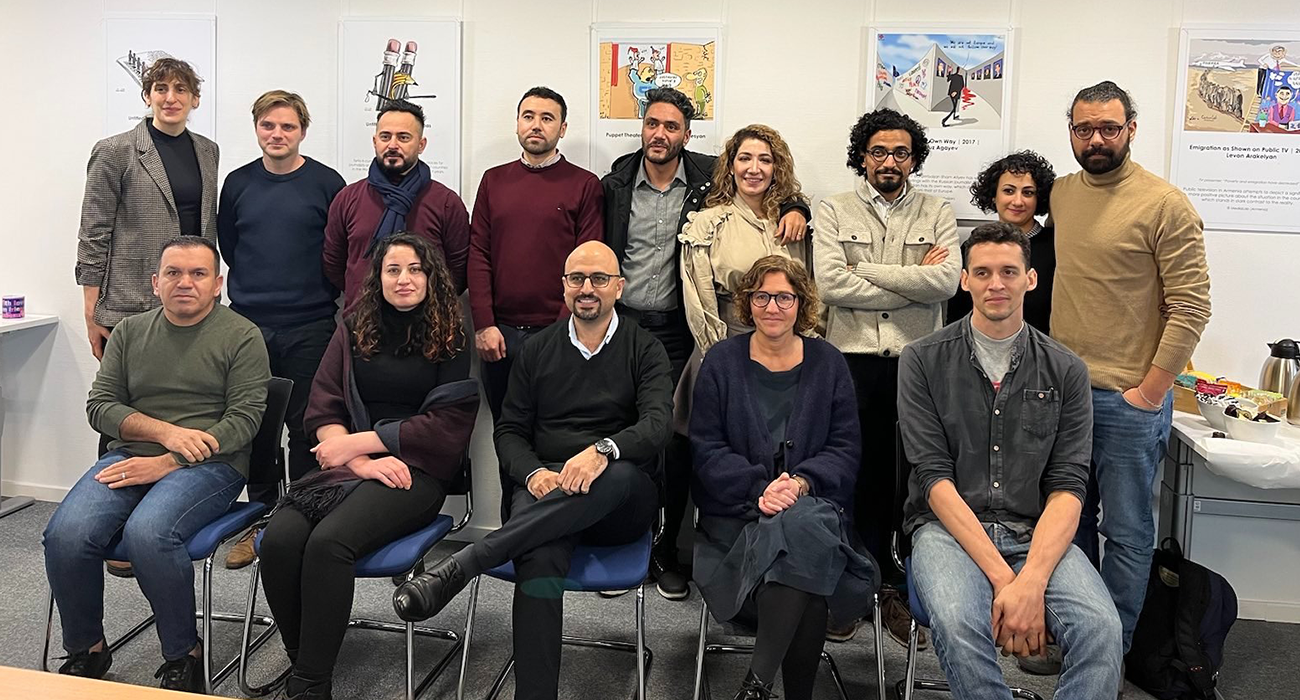 On Monday, 21 November 2022, the European Endowment for Democracy held its first-ever event on Iraq, in cooperation with International Media Support (IMS). The event, titled ‘An example of resilience: civil society and independent media in Iraq,’ brought together independent journalists and civic activists from EED partner organisations, to discuss the complex socio-political context in the country and provide insight for a way forward for both local actors and the Iraqi diaspora. Attending the event were relevant stakeholders and representatives of organisations working on Iraq, including from the EU institutions.

After a welcome address by EED Executive Director Jerzy Pomianowski and IMS MENA Regional Director Michael Irving Jensen, the first panel discussed the ecosystem for independent media in Iraq, which is ridden with oppression, polarization, and misinformation. 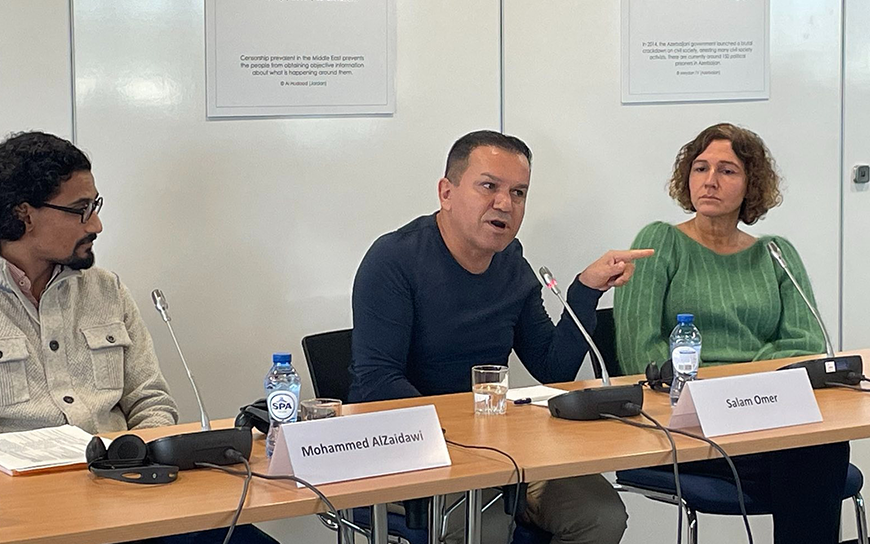 Aida Al-Kaisy of Jummar talked about the need to go beyond the classical narratives of Iraq as a failed state when reporting on the country, and to think about the impact of the political crises on people’s daily lives. “At Jummar, we focus on the politics of every day,” she explained, “our target audience is youth, and we see a lot of desire for change in them.”

Salam Omer of KirkukNow explained how this multilingual media outlet tries to create connections between communities in a country sharply divided by ethnic and religious lines. “We publish in Arabic, Kurdish, Turkmen and English. We engage people in dialogue without an ideological or political agenda."

Mohammed Al Zaidawi of THE RED LINE discussed how Iraq’s unstable and dysfunctional political context creates a series of red lines that journalists are not allowed to cross when reporting – hence the name of the media outlet. “We try to combine both original Iraqi narratives and a broader analysis of Iraqi events,” he added.

The three panellists urged donors to adopt a long-term strategy adapted to the local context in order to support independent media in Iraq more efficiently. They explained how it is extremely hard for independent media to generate revenue for advertisement, and how local media are often in the hands of politicians. “It is important to understand how independent media works in Iraq before sending money,” concluded Salam. 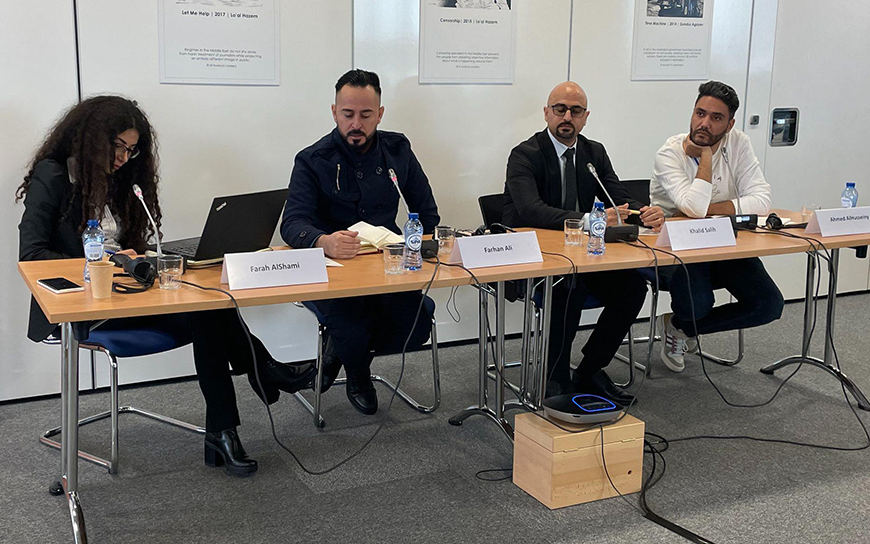 The second panel focused on transitional justice and the role of youth in overcoming a disintegrated setting and creating an inclusive Iraq, featuring representatives from organisations working on impunity and on the rights of the Yezidi survivors of the 2014 genocide along with other religious and ethnic minorities survivors.

Farhan Ali of Youth Bridge Development Organisation discussed how Yezidi people have historically been deprived of their rights, which further brewed extremism against them culminating with the genocide. “Before the genocide, Yezidi university students feared voicing their political opinions. They couldn’t present their culture to other communities. They often received threats.”

Khalid Salih of Farida Global Organisation highlighted the need to hold those who participated in the genocide accountable, and to provide the survivors with tools to heal. "The genocide happened almost nine years ago, but people are still living in refugee camps, and the bodies of the victims have not been returned to their families. How will the community be able to heal?"

The need for accountability in Iraq was also discussed by Ahmed Al-Husseiny, who tackles the topic of impunity and its political, social, behavioural, and economic consequences on his YouTube show Extra-Curriculum. "Impunity in Iraq has been a pervasive phenomenon since the fall of the Saddam regime. Since Al-Kadhimi took office. Too many violations and crimes are not investigated.”

According to the speakers, establishing more direct communications channels between the international community and Iraqi civil society, without the government as an intermediary, would help overcome at least some of the challenges pertaining to of impunity. They also stressed the importance of funding documentation and archiving work, as evidence of human rights violations is crucial to achieve accountability.

During the event, EED also hosted in our office some pictures from 'Women Who Beat ISIS', a photo exhibition by Farida Global Organisation which tells the stories of resilience of many Yezidi women who survived ISIS captivity. 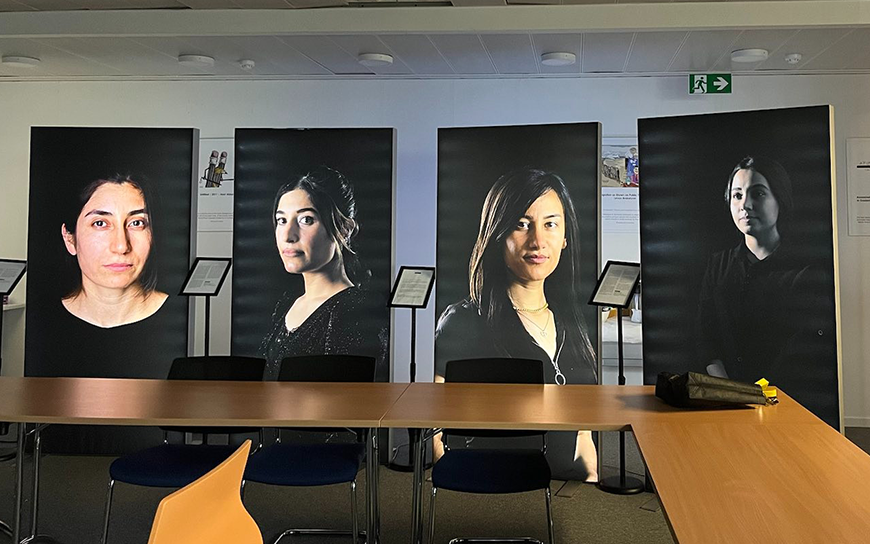