Vilne Radio: Reporting from the ground in Eastern Ukraine

For the past four years, Vilne Radio has been broadcasting news in Russian and Ukrainian from the front line in Eastern Ukraine. As one of the only local radio stations in the region, its broadcasting is vital today as Russian troops amass at Ukraine's borders. 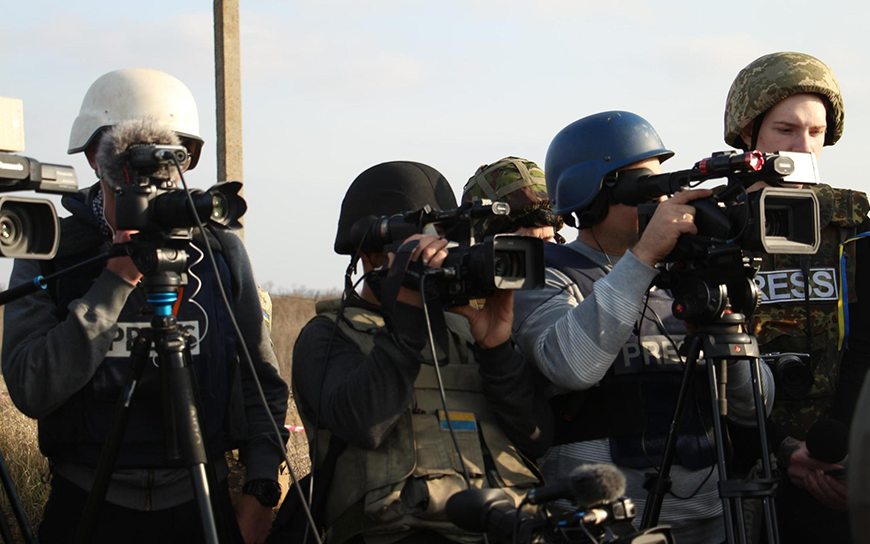 Anastasia Shybiko is one of the founders of Vilne Radio or ‘Free Radio’, a small independent radio station operating from Bakhmut in eastern Ukraine, 25km from the front-line.

The bi-lingual Ukrainian and Russian-language radio station was founded by Shybiko and two businessmen and high-profile volunteers familiar with the region, Dmytro Kozyarsky and Illya Lysenko, who also founded the charity fund ASAP Rescue, as a radio station focused on regional news in the temporarily occupied territories and frontline communities.

It is the only such independent media in this region, and it broadcasts on FM, online, as well as running a popular online media outlet.

The security situation in eastern Ukraine has been difficult for the past eight years and Vilne Radio has become a vital source of independent news for Donbas, with major national and international media frequently consulting it for their own newsfeeds for insights into the region, commissioning stories from its journalists who have a wide range of contacts in this difficult region. 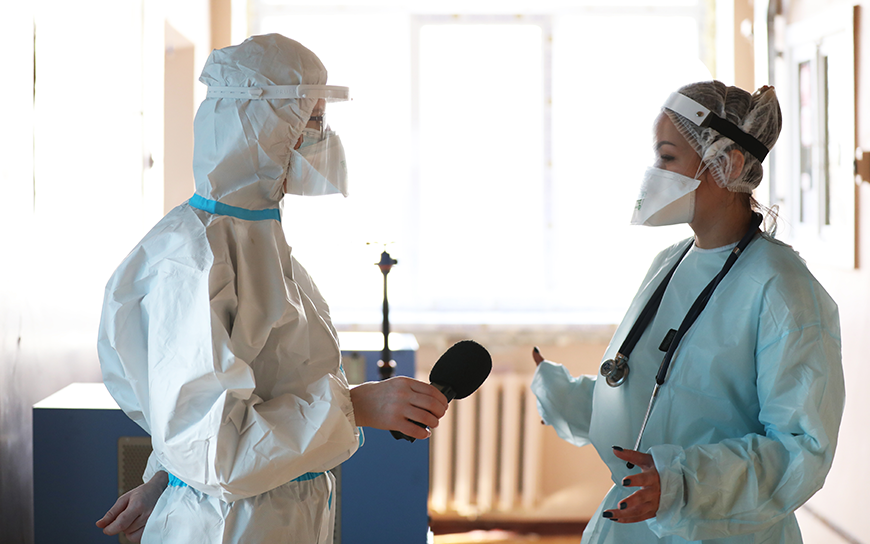 Broadcasting independent news for the people living in Donbas

As international attention to Ukraine has been intensified with Russian troops amassing at its borders, Vilne Radio’s role as a reliable source of news from Eastern Ukraine is crucial both for domestic and for international audiences.

“We provide information that is relevant to locals,” says Shybiko. “There is a glut of news at the moment, from all sides, and people are lost and they don’t know what to believe and how to react. We review news from all sides, official Ukrainian and Russian news, Telegram and Viber channels, local media stations, information we receive directly from our contacts in the regions and directly from our listeners. We analyse it and fact check it, and we provide news digests to our listeners in our broadcasts and online.”

Vilne Radio’s FM station is particularly popular in more rural areas of eastern Ukraine, often villages with poor internet connectivity and with an older population, more accustomed to getting their news from the radio. Most young people have left this war-torn region. Shybiko is well aware that at any moment, the station’s FM signal could be blocked by the Russian authorities, as has happened in the past.

“We are powerless to prevent this from happening. All we can do is to continue to broadcast, and to try to plan for alternative ways of broadcasting if needed,” she says. 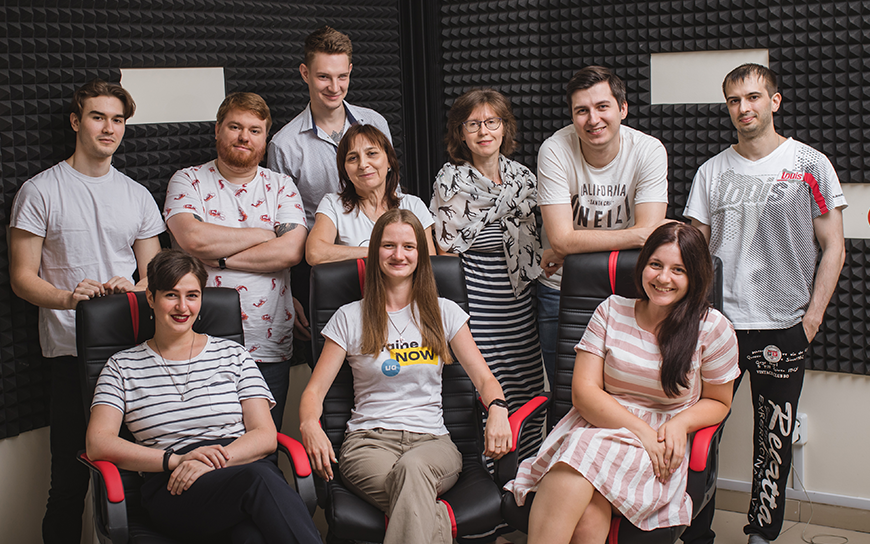 Supporting and reassuring the local population

She acknowledges that people are scared. “They don’t know what to do, or what to think. On the one hand, the authorities are saying everything is fine, but we can see for ourselves that it is not. Things are very bad here. People are living under a constant psychological and physical stress,” she says.

“Part of what we do is to try to calm down people. We know that we need to plan at a local level and to help each other,” she continues. She notes that Vilne Radio is continuing its social programming, which has always been an important part of its offer, as well as programmes with psychologists to support locals.

She admits that, like many others, the Vilne Radio team are also unsure of their next steps. “For the moment, we are staying put. We are concentrating on aspects like cyber security and ensuring everyone is safe. If war does break out, we will broadcast 24/7 as we have done during previous crisis periods,” she says.

Shybiko and team still believe that the security situation will improve. “We still hope that there will not be full blown war,” she says.