The Syrian Centre for Media and Freedom of Expression, an NGO devoted to promoting media freedom and supporting human rights, is the only organisation monitoring hate speech in Syrian media. 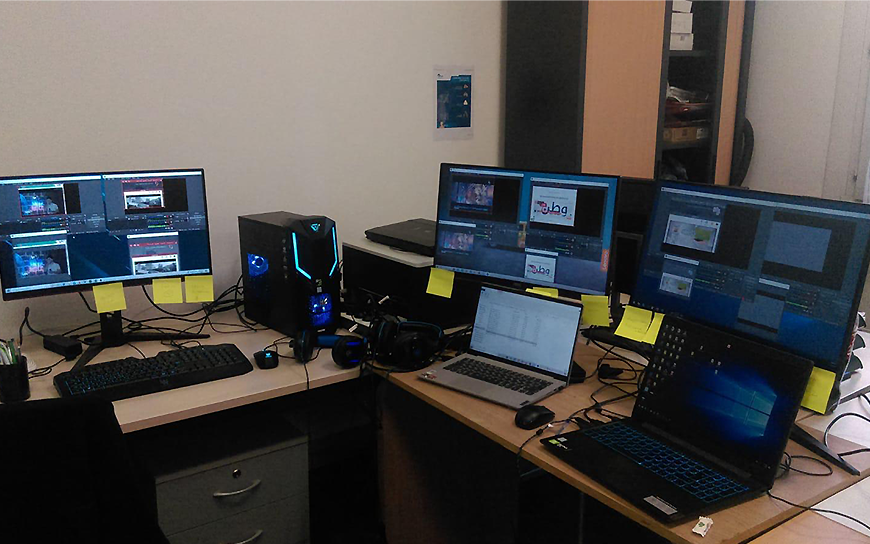 Ten years of conflict in Syria have left the country scarred by deep internal divisions. Local media, often lacking previous journalistic experience and operating in a country where propaganda has been the norm for decades, have often fuelled divisions and tensions by disseminating hate speech and prejudice. It was this that prompted the Syrian Centre for Media and Freedom of Expression (SCM), an NGO devoted to promoting media freedom and supporting human rights, to launch a project in 2019 focused on monitoring hate speech in Syrian media.

The findings of this monitoring were published in a report in 2020. One year later, SCM is about to release the second version of the report, with EED providing funding to purchase the equipment needed to ensure the accuracy of the monitoring process.

Hate speech in Syria takes different forms than in many other countries. Here, it is directed at the various military and political entities that control different regions of the country, and also at civilians, who are accused of supporting the faction that controls their particular region.

“This type of hate speech is extremely dangerous because it can justify any kind of violence against these people. Can you imagine what this means for the people who used to live under ISIS?” says Yahya Fares, SCM Programme Manager, in conversation with EED.

For this 2021 report, SCM’s team of journalists and researchers identified a group of 24 media to monitor from among the most popular Syrian media outlets - including radio stations, newspapers and websites. They included media outlets working in the regions controlled by the Syrian government, in the Autonomous Administration of North and East Syria, and outside Syria.

To ensure that the collected data was genuine, SCM only informed the media outlets about the project when the monitoring period was completed. They wanted to ensure that they made no changes to their editorial policies while being observed.

In setting up the project, SCM trained a team of 16 Syrian journalists to monitor the use of hate speech, which is defined as speech that incites violence towards other groups. The data that they collected was then sent to a professional data analyst, who processed the data and sent it to the main researcher, who conducted both quantitative and qualitative analyses. The last round of monitoring went on for 17 days and included 210 hours of radio broadcasting, 231 hours of television broadcasting, and more than 1260 written articles.

“We wanted a large sample that could be statistically relevant and could be used for further studies,” explains Fares. He notes that SCM placed great emphasis on conducting the study with a precise scientific methodology, to avoid being accused of inaccuracies or manipulation of data.

This second study compares new data to the data collected for the 2019 study. One of the main findings so far is that there has been a significant decrease of hate speech in Syrian media during the period, from 23 percent to 17 percent of the monitored data. The pandemic is one of the main causes of this reduction, as the virus is on all front pages in the country, the Centre’s advocacy work is also a factor.

“We reach out to the managers and owners of the outlets we monitored in 2019 to try to convince them to stop using hate speech,” explains Fares. “Some were more cooperative than others. Most media outlets care about their reputation and they are conscious about attracting international donors, so they don’t want to be portrayed as inciting hate speech.” 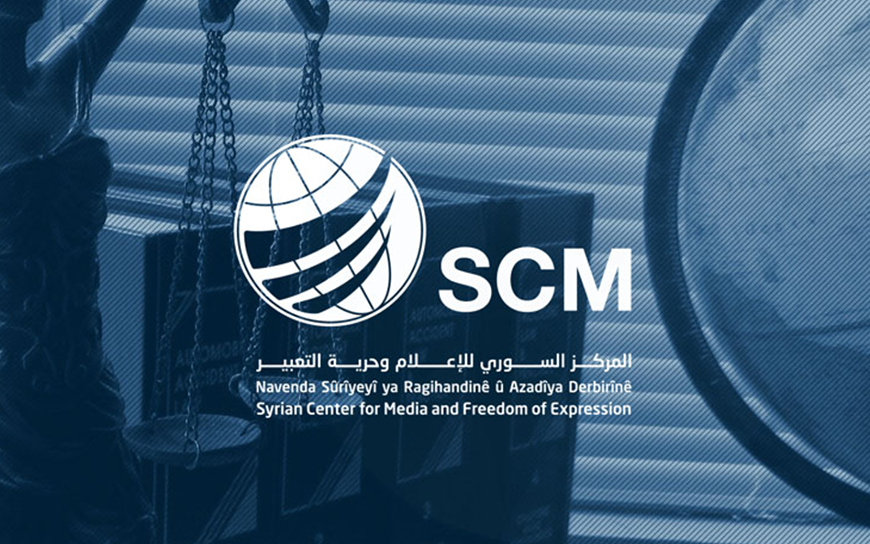 A cooperative effort with media owners

Keeping in touch with media directors and owners during the project has been crucial, particularly since SCM sees itself as an enabler. The organisation does not name or shame media outlets using hate speech - in fact, their names do not appear in the report. Instead, SCM wants to work with them to promote positive change. The media directors from these outlets also gave some feedback to the project, which SCM took into account when carrying out the second survey.

After conducting the analysis, SCM presented its findings to the media companies via one-on-one meetings before the overall findings were made public. They then held a roundtable with media representatives to discuss hate speech and its impact on the local media landscape.

“It is really important that we hold these meetings, as otherwise people might react very badly to our work,” explains Fares. “Media outlets would feel unfairly targeted and they would think that our only goal is to undermine their work. As researchers, we need to understand their position and their needs. We’re not competing with them. We’re working together to build a better Syrian media landscape.”

Working during the pandemic and planning for the future.

Writing the report was not without obstacles as SCM’s work was disrupted by the Covid-19 pandemic. The team had planned to conduct the monitoring activity in one single place, but they found themselves scattered in different countries and were forced to set up two separate monitoring stations, one in France and one in Turkey. The pandemic also made it more complicated to keep in touch regularly with the media outlets that were being monitored.

Despite these obstacles, the 2021 report will be soon ready for publication, and SCM hopes that it will spark a national conversation in Syria, just like the first report, which triggered both positive and negative reactions.

“Starting a discussion on hate speech both inside and outside Syria is already an achievement in itself,” states Fares. “In the chaos of the military and political conflict, it’s really hard to bring attention to this type of troubling societal behaviour as reflected in media content.”

SCM is determined to keep this conversation going and now plans to issue a monitoring report more regularly, maybe bi-annually or quarterly. Their aim is to closely follow the constant changes in the Syrian media landscape. They are now planning to include social media in their monitoring work, as these are often the places where hate speech is spread.

All this work comes with great responsibility. At the moment SCM is the only organisation conducting this type of research on hate speech in Syrian media, but for the team this is a personal mission. “I am a journalist, and it’s deeply important to me that Syrian media produce more balanced content,” remarks Fares.