The Coronavirus pandemic has disrupted normal activities at the Turkish cinema magazine association Altyazı, which covers issues such as freedom of expression and human rights. The association is responding to the risks faced by film and television workers during this crisis and adapting its activities. 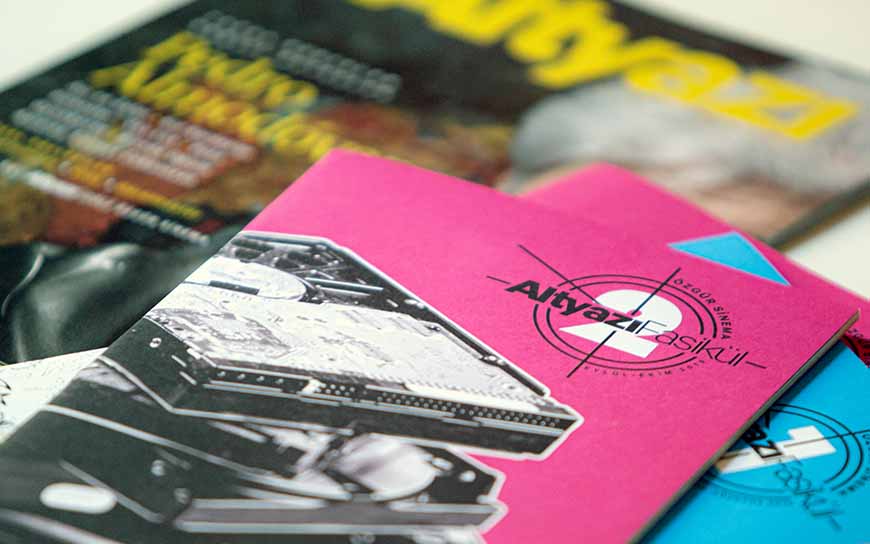 “Our latest magazine came out at the beginning of March,” says Project Coordinator, Senem Aytaç. “But all the bookstores are now closed, so we are expecting to receive most of them back.” With all public spaces, cultural centres, theatres and cinemas now closed in Turkey, it is anything but business as usual in the culture industry.

Fortuitously, Altyazı recently launched a monthly podcast on cinema-related events and news, aired on the independent radio AcikRadyo (also an EED partner), giving it a means of communication during these unsettled times. This month’s episode was dedicated entirely to the impact of Covid-19 on the industry. 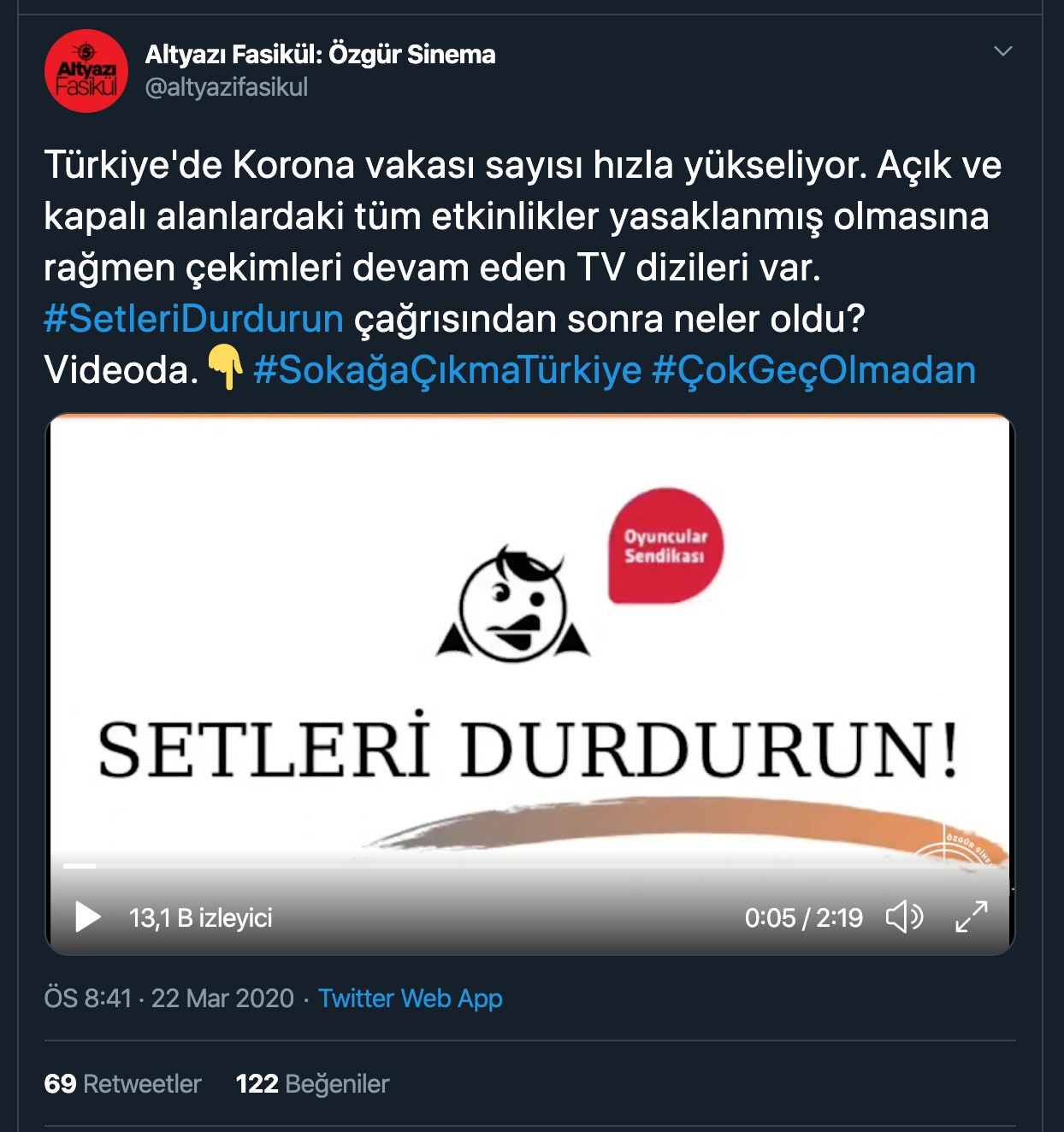 “At first, film festivals started announcing their cancellation, then movie theatres closed and release dates for films were postponed,” says Aytaç. While most film production sets shut down, productions for TV kept going. “But, you can’t risk people’s health for entertainment,” she protests.

In response, Altyazı Fasikul joined a campaign launched by various guilds and unions such as the Actors’ Guild and the Cinema & Broadcasting Workers' Union of Turkey calling for TV sets to close as well. On 19 March, the government TV cancelled its own sets, although some private companies kept going. As the campaign gathered pace, many private productions also stopped, although a few sets are still active, with some even trying to present themselves as heroes for carrying on.

The situation is difficult, admits Aytaç, since people need to work for economic reasons. While Altyazı continues with its social media and podcast, it wants to start a debate about the way forward and what the future could hold for the industry. “There are a lot of films and TV programmes that have been made available online but after a time this is only consumption.” Altyazı wants to encourage people to experiment with different audio-visual formats and to continue to be creative.

As far as their own work is concerned, and with no clear idea of how long restrictions will last, Altyazı is considering whether now is the time to make the move to an online subscription magazine model and to explore online seminars. Whether by necessity or desire, for the industry as a whole she says, “the old ways of producing will eventually change.”