Young people help the fight against Covid-19 in Armenia 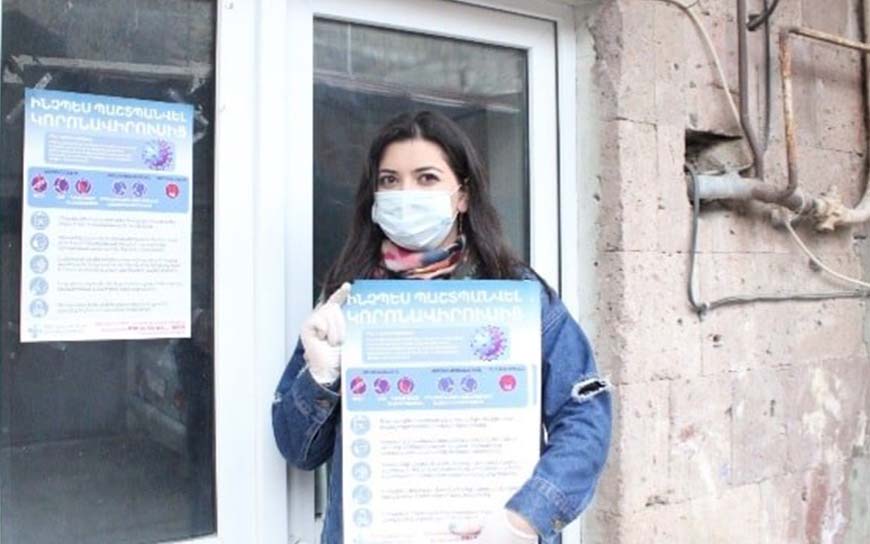 When the coronavirus started spreading around the world, the Restart Student Initiative – an EED-supported organisation that unites young people from universities across Armenia pushing for educational reforms – was quick to act.

“Restart has always spoken about people needing to take ownership of their social responsibility,” explains founder Davit Petrosyan. “When the world, states, communities face a general challenge, it is very important to have an input in the cumulative struggle.”

Restart is a nation-wide network that seeks to protect the rights and interests of students and to ensure reform of higher education in Armenia. To date the organisation has focused their work on ensuring academic freedom, advocating for student self-governance and for a depoliticisation of top university management, student representatives and trade unions, ensuring transparent and accountable management of universities and working to ensure that higher education in the country is of the highest international standards.

The initiative now has hundreds of active students among its members and communicates daily online with over 1,000 others. This network means that it is ideally placed today to raise awareness about Covid-19 and to inform people about the steps they should take to protect themselves and others. Using its established Facebook pages, today Restart is sharing official information, online educational platforms, their own initiatives and other community efforts. 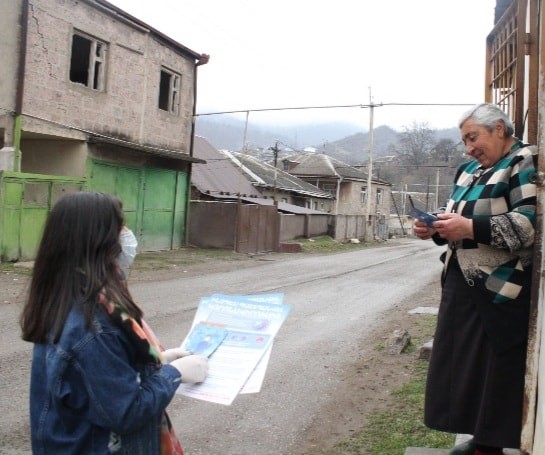 “In my opinion, the scarcity of the resources of the government is the main challenge, starting from the equipment up to effective governance,” says Petrosyan. “One of the most essential messages which should be transmitted to society is to listen to the advice of responsible bodies and follow the rules.”

“One of the most essential messages which should be transmitted to society is to listen to the advice of responsible bodies and follow the rules.”

A particularly positive aspect of Restart’s efforts has been the establishment of a collaboration with the Armenian Ministry of Health, which according to Petrosyan, has been quite transparent in the way it has tackled the crisis.

Restart has cooperated with the Ministry of Health since 16 March, with its members distributing posters and flyers with information about measures to prevent the spread of the virus. So far, they have covered several districts in Yerevan – targeting cafés, pharmacies, banks and other centres – as well as more than 15 other cities and villages, with the areas covered expanding on a daily basis.

A team of Restart volunteers has also started making videos as part of this campaign. A video of a song to support heath workers has been viewed more than 120,000 times and was shared by the Minister of Health.

“In the big picture, people realise the seriousness of the situation and are trying to adhere to the rules and measures announced by the government,” says Petrosyan. He notes however, that not everyone is on board, with a number of private businesses continuing to, “think more about their profits than the health of the society”.

Ultimately, Petrosyan is confident that people will do the right thing: “Armenian society is used to coming together during crises and general challenges and this time is not an exception.”