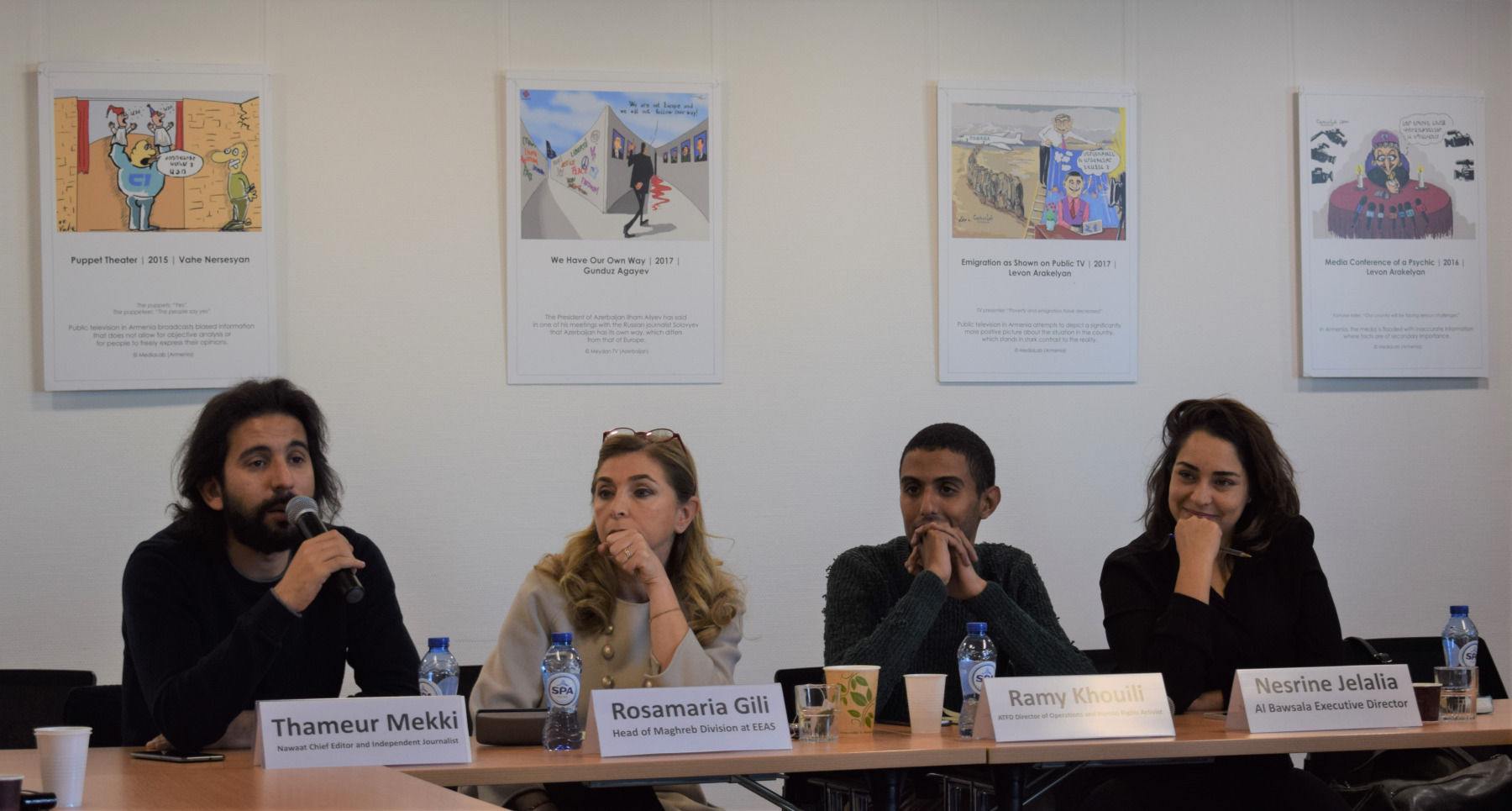 Tunisia has experienced a sharp transition in its politics and society with the fall of Ben Ali’s dictatorship in 2011.

In July 2019, Tunisia’s first democratically elected president, Beji Caid Essebsi, died unexpectedly and following a difficult election period, Kais Saied, a low-profile constitutional law professor, was elected as president with 70% of the vote in the second round of the presidential elections. Saied’s closest rival in these elections was the media magnate Nabil Karoui, who remained in custody throughout the election period.

During parliamentary elections, held between the presidential election rounds, only 41% of registered voters turned out to elect 217 members of the parliament. No political party or alliance gained a majority during these elections.

Jelalia, whose organisation is engaged as a watchdog of parliament, local authorities and public finances, noted shortcomings in the reform agenda of the previous political institutions and stated that this had a profound effect on the electoral process and the political future in the country.

She highlighted specific issues as the inability to form the constitutional court and the challenges faced by widespread corruption and lack of government oversight.

He stated that while Tunisia adopted a new progressive constitution in 2014 that guarantees unprecedented freedoms and rights for marginalized groups and gender parity, this constitution exists in the context of entrenched practices, laws and customs practiced by state institutions such as courts, police as well as politicians.

He noted for instance that the 1956 Code of Personal Status and the 1913 Tunisian Penal Code have roots in the colonial legacy that predates the independent Tunisian state. These laws curtail gender and personal liberties by establishing a patriarchal system that criminalises homosexuality and encourages gender discrimination, and they stand in contradiction to the values of the Tunisian Jasmine revolution and the advancements in society during the past 8 years articulated in the new constitution.

Jelalia highlighted the atmosphere of polarisation and precariousness that shrouded the elections, and noted that the timing of the parliamentary elections between the two rounds of presidential elections affected public’s participation and voting turnout.

Mekki noted that Nabil Karoui’s stake in the media as an example for the opaque media ownership and finance in Tunisia and the dominant use of the media as a political and economic tool.

He explained how this dominance of the mainstream media limits the effectiveness of independent and civil society-led media, which cover issues neglected by the mainstream media such as migration and gender issues. He also noted the dominance of social media such as Facebook in the way people access news and the effect that algorithms within these social media have on what people read and what opinions they encounter.

Mekki noted the public’s dissatisfaction with mainstream politics and practices, and noted that this was clearly demonstrated by the low parliamentary election turnout and the election of Kais Saied, a constitutional law professor regarded as a person with integrity and an outsider to the political landscape.

Moderating the discussion Rosamaria Gili, Head of the Maghreb division at the European External Action Service (EEAS) noted that since the Jasmine Revolution in 2010-11, the political reality in Tunisia has dramatically changed in Tunisia. She reiterated the EU's strong commitment to support democratic transition in Tunisia.