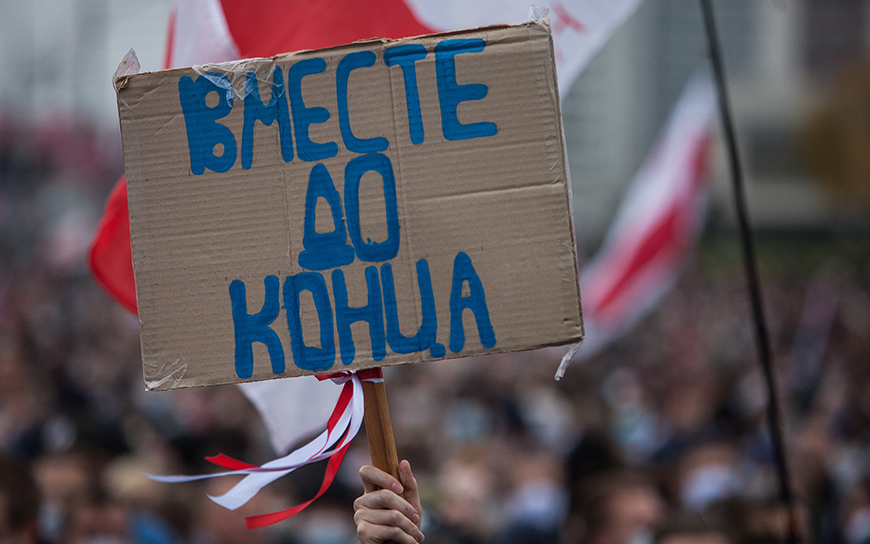 Maksym* and his colleagues have been supporting victims of Lukashenka-led repression in Belarus since August 2020, with a focus on political prisoners and their families, as well as those released from prison. He and his family have been based abroad since 2020 for safety reasons.

He explains that it is very difficult for former prisoners to return to normal life in Belarus even when they are released from prison. Some are former state employees who have lost their jobs. Others have significant psychological and rehabilitation needs. Maksym’s organisation helps them both practically and psychologically.

Many former prisoners have spent more than eighteen months behind bars and are severely psychologically scarred by this ordeal. “They have not just lost their jobs. They have lost families and friends, whole support networks. We provide them with financial assistance, we encourage them to seek out psychological support and we pay for this support. Many are extremely vulnerable,” he says, adding that there have been several tragic cases of former prisoners taking their own lives upon their release.

He explains that his organisation runs fundraising campaigns to support these victims of repression, with cryptocurrencies offering an opportunity to get financial support safely into Belarus. They also help individuals run their own fundraising campaigns using their platform to fund their own initiatives or even to cover basic costs. In a recent case, they helped fundraise for a young Belarusian woman to study at a university abroad.

His organisation also supports those who choose to leave Belarus. “We help some people leave the country as political refugees. We help them with the visa process and help them settle down when they arrive,” he says.

In addition, Maksym’s organisation is supporting courtyard initiatives online, which is helping to maintain communication between activist networks within Belarus. “This is important so that they can be ready to act in the future,” he says.

EED is supporting the operational costs of Maksym’s organisation.

*This grantees name has been anonymised to protect their identity.