Ukrainian and Belarusian journalists working together 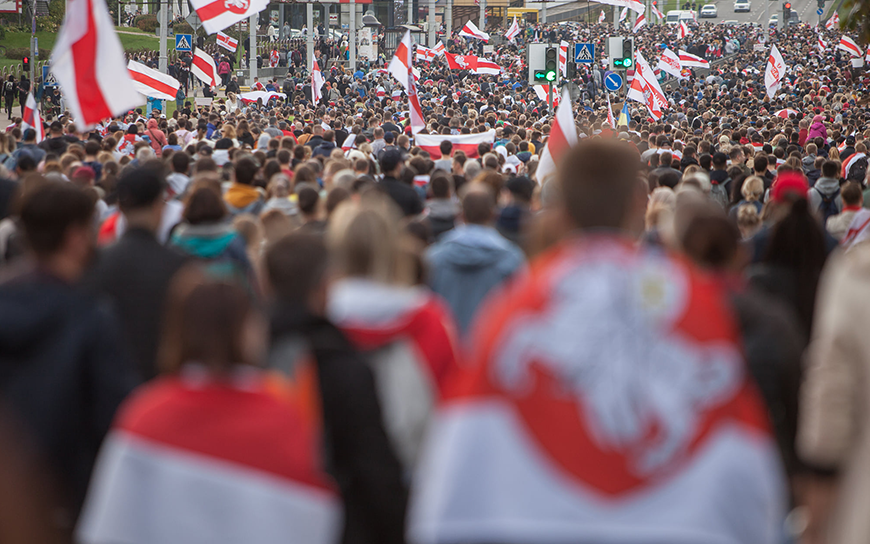 EED media partner, Maryia*, works with a leading Belarusian online media that continues to attract large audience numbers at home, despite the regime crackdown on all media and on readers of independent media.

“Around 70 to 80 percent of our readers are in Belarus. We are continuing to report on events in the region and we constantly monitor government websites so we provide news coverage that is relevant to them,” she says.

She explains that individual Belarusians feed news to the outlet and its bloggers via anonymous Telegram channels, despite the risks they face. Mariya’s media outlet also collaborates closely with Press Club Belarus and Belarusian Association of Journalists (BAJ) who ensure an even wider reach.

With next August marking two years since the eruption of the mass protests in Belarus, Mariya believes that independent Belarusian media have a more important role than ever. “It is a very dangerous situation. More and more people follow government media. It is up to us to continue to innovate and to develop ways of communicating with this population so they have access to an alternative narrative,” she says.

Mariya explains that as an exiled media, they increasingly turn to cryptocurrency to pay journalists abroad, as well as their journalists who remain in Belaus as their bank accounts were blocked at the beginning of the Russian military invasion.

Mariya’s outlet is now working as part of a network of Ukrainian and Belarusian media that are collaborating to attract sustainable funding for their outlets through the development of long-term partnerships with international brands.

“This is an important initiative for us. The advertising market has collapsed in Belarus and in Ukraine. Revenue is a huge problem for all of us. It is difficult for local media to deal with large corporate partners as they don’t have the clout or the expertise. Yet there are hundreds of millions of visitors to our outlets and as a union, we offer a significant market for international brands,” she says.

As Belarusians, she also notes that they are benefiting from the expertise of Ukrainian media sales professionals, many of whom are now out of work, and previously worked with the top media in Ukraine.

“They have the data and the contacts. Our agency is now the first entry point for interested advertisers,” she says.
EED funding is helping to support staff-costs of this agency during this launch phase.

*The name of this EED partner has been anonymised to protect her identity.