An Odesa NGO with a focus on ecology and anti-corruption is documenting environmental war crimes and continuing to encourage a culture of transparency and accountability at this time of war. 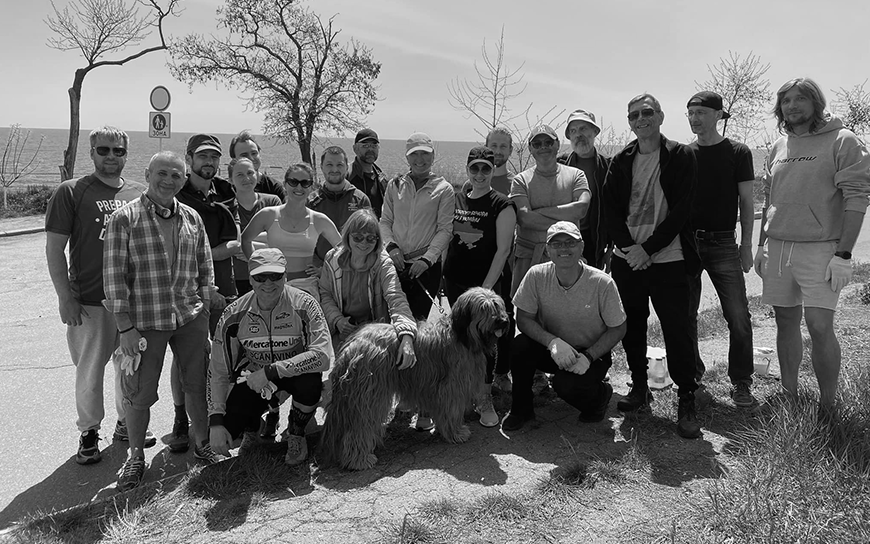 “I have known for a long time that there would be a war. It’s a continuation of what has been going on since 2014. I have visited the Donbas frequently in recent years. I know what things are like there, and I was aware too how the information war would play out. I just didn’t expect Russia to attack now. I thought they’d wait until the summer when the weather is better,” he says.

He notes too that this 2 May marked 8 years since a tragic fire in Odesa’s Trade Union House left 48 people dead. This was the culmination of what he describes as a failed Russian campaign to create a ‘Novorossiya’ in the entire territory of eastern and southern Ukraine, a plan that as he sees it, Russia is trying to re-implement today.

Vladyslav admits that in late February, his first concern was his family and team’s safety, and the first thing he did was evacuate his own family and several others.

“Once I knew they were safe, I set to work,” he says, speaking to EED from his office in Odesa, a reaction typical of this biochemical engineer who is one of the most famous and publicly respected civic activists in Odesa. He notes that additional EED funding received by Green Leaf was critical at that time. 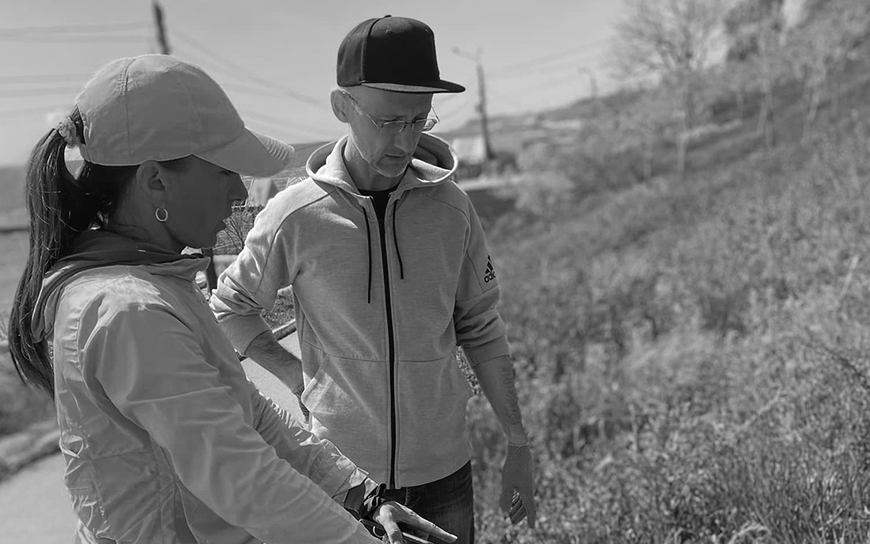 Acting as a watchdog during wartime

Vladyslav and his team have long acted as watchdogs of local authorities in this city with an unfortunate reputation for corruption, and they have worked hard to develop a culture of accountability. With the onset of the full-blown war, the team continued to monitor how the city council spent tax payers money, publishing findings on their website. This work has proved highly effective.

“For instance, we found the authorities had put 1 billion hryvna aside, yet they only provided 5 million hryvna. When we published this, they immediately announced a further 100 million hryvna of funding,” he says.

At this time of war though the team is taking a softer approach that it usually would, first contacting officials and confronting them with evidence of misspending. “It’s only when we see they are not reacting that we make statements or we publish articles,” says Vladyslav.

The team also began to gather information about cases of Russian crimes against the local environment – pollution due to explosions, damage to infrastructure, air pollution, toxic pollution of water and damage to natural eco-systems.

On their Facebook page, they encourage citizens to report any instances of environmental crimes directly to Green Leaf and to the Ministry of Environment of Ukraine and inform them of any changes to legislation that might affect the environment.

Vladyslav explains that since Green Leaf’s formation in 2017, it has published a wide range of articles on ecology and the environment of relevance to both regional and national interest, attracting specialists and developing a cadre of journalists trained on identifying crimes against nature. These journalists are now working throughout the Odesa region, including in war-affected areas, at their own risk, as while they are accredited, they are not currently entitled to any protection by the Ukrainian Ministry of Defence.

This 12 April, Green Leaf also organised a tree-planting event for Odesan residents, as it does each year, as part of the ‘Gardens of Victory’ event held in educational institutions throughout non-occupied Ukrainian cities.

Vladyslav notes that this effort was appreciated by local people. “It’s difficult to organise anything at this time, but lots of people turned up. We planted 30 trees. People need positive events now,” he says. 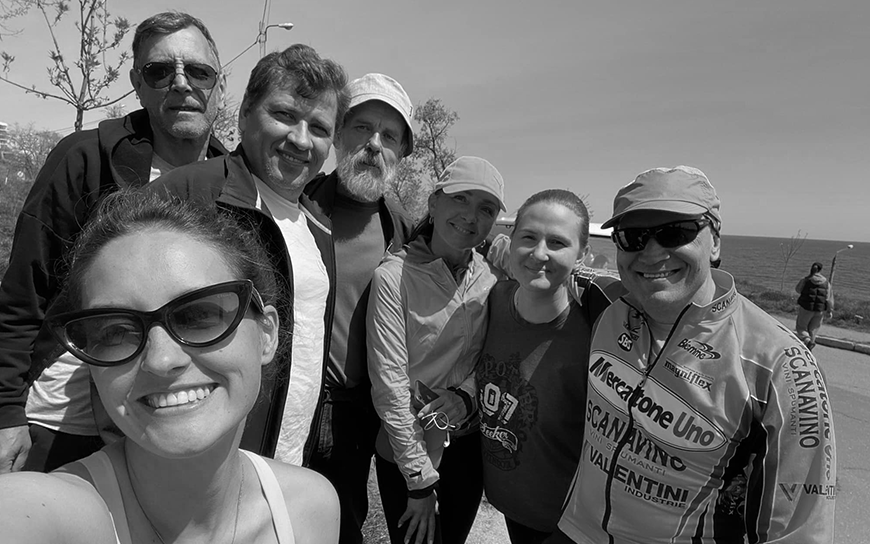 Green Leaf are also providing logistical support to the huge volunteer effort in Odesa, which has become an important centre for refugees fleeing surrounding cities such as Kherson and Mykolayiv, and with significant needs in surrounding areas. They are also helping provide for army needs.

They recently published a guide on how to legally import humanitarian goods into the country. “Even at this time of war, we can’t ignore the legislation. What we are trying to do is to help others work better and more effectively,” he says.

Vladyslav’s current focus is the creation of a Crisis Media Centre in Odesa. He points to the equipment he and his partners have already amassed and tells EED that they have already identified qualified volunteer journalists and a venue for the centre.

“Many regional journalists have lost their jobs yet there is a huge demand for independent reporting on the war. We think it is important that we lead on this venture, rather than the city council. We have already set up a website and a YouTube channel. Now we are looking to fundraise for the operation of the centre. I believe that this media centre will provide essential support to the work of civil society in our region,” he states.