Now into their seventh series, Damiri Podcasts are riveting listening offering windows into the lives of Libyans who have fascinating stories to tell. 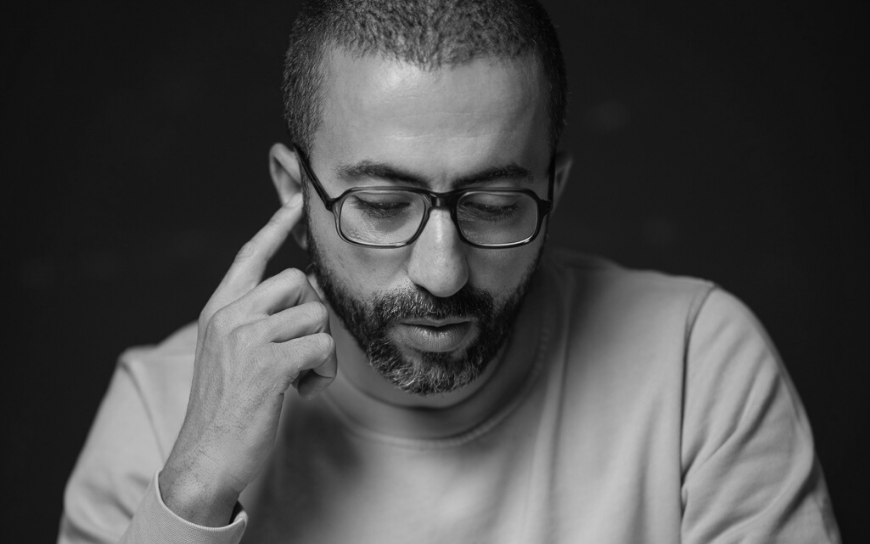 Tariq Elmiri, the host and presenter of the Damiri Podcast, is obsessed with the human voice. As a documentary and film maker, he is also innately curious about people and getting to know their intimate thoughts.

It was the escalation of the civil war in 2019 in Libya that prompted him to turn to podcasting. “That was a hugely difficult time for Libya. The media was full of hate and so many voices got lost in that space. I wanted to help people to see others, including those of different politics and allegiances, as the people that they really were, rather than putting them into boxes and dehumanising them. I wanted people to listen to them, properly listen to them,” he says in conversation with EED from his home in London.

“It struck me that the best way to do this was through podcasts,” he continues. “They offered a chance to reflect on the now and on people’s journeys through life, to understand the obstacles they have faced and how their past shaped them.” He explains that the naming of Damiri Podcasts was deliberate, from the Arabic word ‘damir’ meaning ‘conscience’.

He admits that in the ‘polluted’ media space of Libya, this was a difficult task at the outset, and that it took time for people to see the ‘public space’ of Damiri as a safe environment to talk and for online discussion. But as more and more podcasts were released, he received feedback from listeners saying that he had helped to change their ideas and their opinions.

“Damiri interviewees talk about subjects that resonate with our audience. Not everyone is a writer, and sometimes you need someone to hold your hand and share the experience of telling your story. We provide a safe space for people to talk freely,” he says.

A community of voices

From the beginning, he also perceived Damiri as offering an alternative to the ‘broadcast’ nature of most social media interactions, offering the potential to build a community of like-minded people through discussion posts on the outlet’s Facebook pages and via WhatsApp.

“On social media, when people write a post commenting on something, they write with the perspective and positioning of their readers in their mind, so we encourage them to send us voice messages. That way you hear their tonality and choice of words and you have a fuller picture of who they are and what they are saying; It makes it easier to understand them and connect with them,” explains Elmiri. The Damiri team have monitored the growth of this community and have noted that many of them are now connecting offline too.

Interviewees from all walks of life

Damiri is now producing its seventh season of podcasts with a new episode launched each Tuesday; to date more than 70 episodes have been released. Interviewees come from all different walks of life; they include successful entrepreneurs, medics, musicians, artists, writers, bloggers, politicians, diplomats, students as well as migrants. All are united by a willingness to speak openly and to tell their stories, often touching on taboo subjects such as mental health. One podcast featured a successful blogger who now lives in Germany, who spoke openly about her mental trauma on leaving Libya and her attempted suicide.

Some episodes have a particularly strong impact on the Damiri audience.

Elmiri tells of a young disabled man, Akhmed Bensaid, who left a voice mail for the team saying that he had a story to tell. During the ensuing podcast, Bensaid related his heart-breaking yet inspiring story of how as an aspiring medical student he was left with life-changing injuries when he was caught in cross-fire in a checkpoint ambush.

Despite his disabilities, he boarded a migration boat to Italy eventually making it to Germany to seek medical treatment. Unfortunately, by the time he arrived, there was nothing doctors could do for him as too much time had passed since his injuries. But still he remains optimistic and is now taking courses to help other refugees.

“People were inspired by his determination. They wanted to help him and to send him money, but he refused. Eventually, we noticed his Instagram account was full of pictures of skydiving and one listener arranged to pay for him to do a sky dive,” Elmiri says.

A gateway to other podcasts

While he rejects the moniker, Elmiri is clearly a podcast zealot. His were among the first podcasts in Libya, and he has spent much energy explaining podcasts as a medium to his audience.

“Unlike other media that take all your attention, podcasts accompany you in your daily life. People tell us that our podcasts add comfort and entertainment to their day,” he says. In fact, in the early days, Damiri was synonymous with the word for podcasts in Libya.

Now audiences are listening to podcasts from throughout the Arab region, and Damiri is collaborating with other podcast producers, as well as with local radio stations that rebroadcast some episodes. Elmiri has plans to build a network of podcasters from the region who have a similar outlet and objective.

The future of Damiri

He now has a production team that work out of Libya and the wider MENA region, who are responsible for podcast editing, post-production and promotion.

As with all media, securing sustainable funding for Damiri remains a challenge. An EED grant has enabled the media to register as a company in the UK and is covering core costs for this year. The podcast also has a Patreon account, with listeners contributing small amounts each month that help cover basic expenses.

Many of these contributors are as committed as Elmiri to podcasting and want to learn how to produce their own podcasts; he is very keen to help them. “Podcasts saved my sanity and made the world more interesting. I am a visual person and I love film documentaries. But podcasts became the gateway that plugged me into the world. The stories that feature in Damiri Podcast are kind of documentary stories too,” he says.